Glenn Grossman is at it Again

This isn’t the first time WI State Senator has put his foot in it.  Now has claimed women actually want to be single mothers and that women are “trained” to tell doctors their pregnancies are unplanned so they can get an abortion.

Where did this come from?  There must be a woman in his past who really shafted him and now he is taking it out on her entire sex.

I might be reading too much into the situation.  It’s possible he’s just an asshole.

Parents, help me out here – is there a worse shithole of a place on Earth?

After attending my Niece’s birthday party, I emerged from the gaping mouth of hell and tweeted “I think going to heaven must feel exactly the same as leaving Chuck E Cheese’s.”

You walk out of there and everything is instantly better.  Rush hour traffic is quieter and calmer and you get the feeling that all of the food you can find outside of a Chuck E Cheese’s is going to taste better than all of the food you found inside. 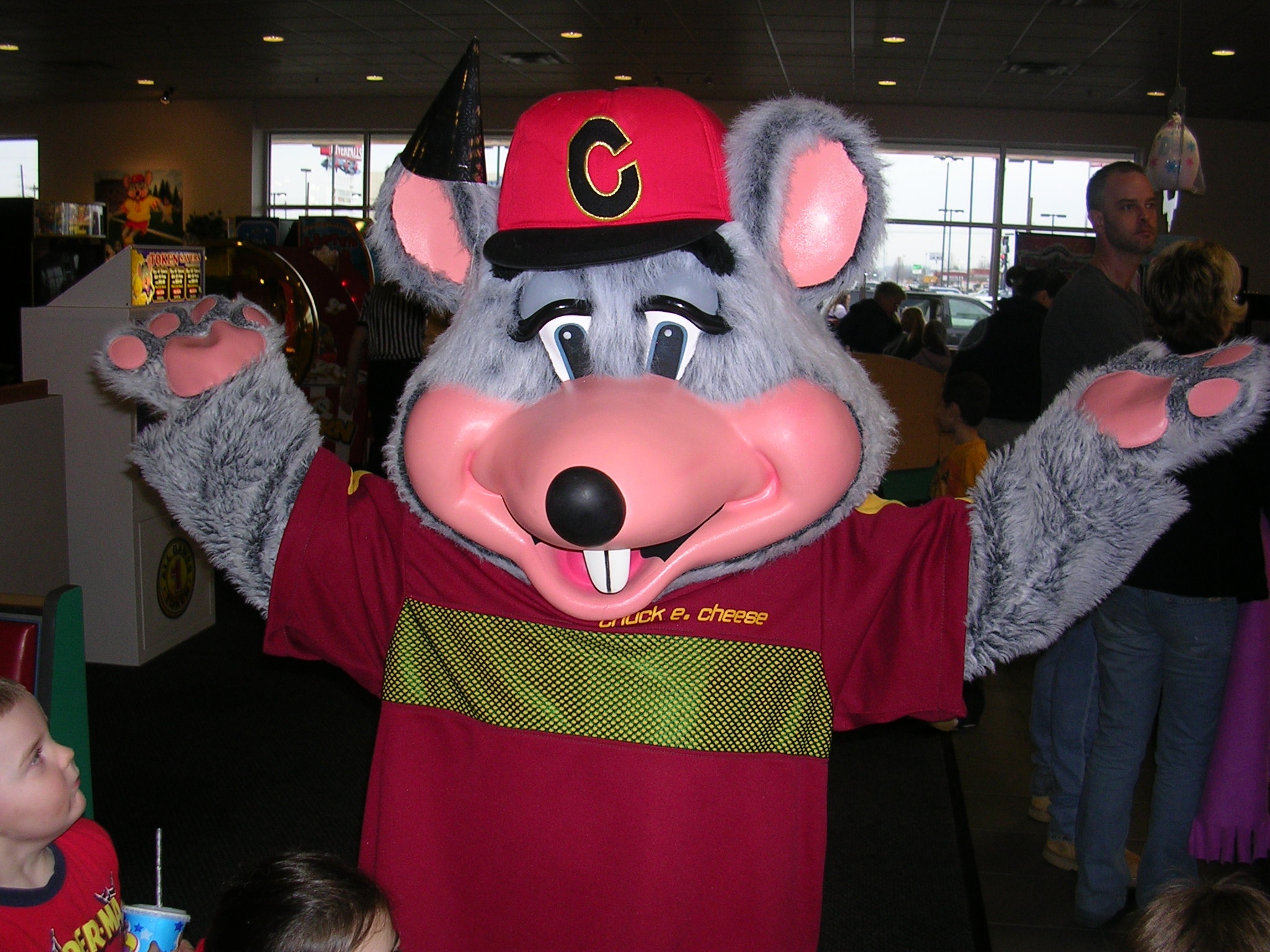 This guy appears in every one of my nightmares. How fucked up is that?

Every damn game in those places is designed to separate your children from your money as quickly as possible and for $20, your kids can earn enough tickets to buy a pack of Smarties that they could have gotten for 25 cents in a gum machine or for free on Halloween.

Employees there have the look of people who are miserable because due to some horrible thing they did to a screaming child in a past life, they are trapped with everyone’s screaming children in this one.

The only good thing about Chuck E. Cheese’s?  It makes every other place on Earth better simply because it exists.

Marion Barry Reminds us that Anyone can be Racist

Given the opportunity to show that he was not racist, he rolled a 1:

That guy must have some serious dirt on every voter in D.C. because he keeps getting elected.  The alternative theory is that the people running against him are much much worse.

Here’s the thing, world.  There seems to be an attitude that women use rape accusations as some sort of elaborate revenge plan to get back at whatever man pissed them off.  This is mostly likely true.  In a tiny fraction of rape cases.

In the rest, a man has forced a woman to have sex with him and that is one of the most psychologically damaging things a man can do to a woman.

So when a woman says she was raped, we need to take that shit seriously and do something about it.  I don’t know what really happened in the cases outlined in this article but I do know one thing – two women claim they were raped and it sure seems like nothing was done.

And that, my friends, is fucking typical.

Cabin in the Woods gets beaten by The Three Stooges Again????

Am I obsessing over this?  Yes – just a little.

While I could go into a long tirade about the problems with teaching little girls that the only thing they should aspire to be is a princess, what pisses me off is far more pedantic.  Look at this picture: 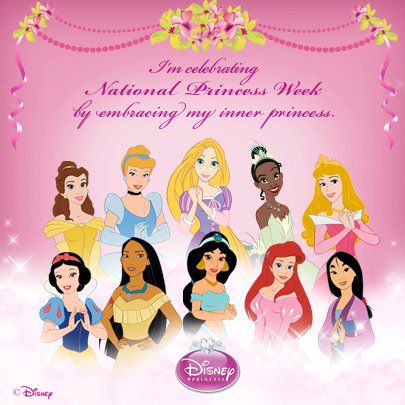 Look at all the different colors of hair!

Do you see the problem?  You do, right?

Mulan isn’t a frakking Princess!!!  She’s the daughter of a nobleman!!!  Then she joins the army and becomes a military hero!  Not a Princess.  She is, in fact, far cooler than a princess.  She’s the Disney version of Michelle Yeoh.

You have to scroll past the story about how the party of fiscal responsibility is in danger of getting evicted because being fiscally responsible apparently means you don’t pay your bills.  The story about the St. Cloud College Republicans angers me more because I’m annoyed to see the youth in the party embracing people like Dean.

As a liberal, I don’t agree with most of the Republican Agenda.  I could live with some of it, though.  What I can’t deal with is the way the party has become the political wing of the Religious Right.  It is something I was hoping the younger members of the party would resist.

When you see a college organization inviting a guy like Bradlee Dean, who makes Rick Santorum look like a guy who would have a booth at Gay Pride, you see that the youth of the party are in line with the establishment and that means we have a long way to go before they shed what makes their party so god damned frightening to me.

I note the following quote from the head of the St. Cloud College Republicans:

Now, I don’t believe in God.  If I did, however, I might interpret something like the heads of my party telling me I shouldn’t do something as a pretty major sign.  Thing is, she was looking for a sign that affirmed what she already wanted to do.

Rush Limbaugh is not Entirely Clear on the term “Loan”

Limbaugh says that he doesn’t think college students should have their education “paid for by other people.” Seems some folks Limbaugh is contractually obligated to disagree with about everything (Obama) want interest rates on student loans to remain low.  You know – so college educated Americans don’t end up with a ridiculous amount of debt when they graduate.

Now we all understand that “loan” means “this is something you have to pay back,” right?  While some Student Loans can be forgiven, most people who get federal student loans have to pay them back.  With interest.  We aren’t talking about giving them money for free.  We are just talking about charging them a little less.

I’m not sure where he got the idea that student LOANS are free money but I suppose it has something to do with the fact that he makes so much money, the concept of a loan is rather alien.

Racist Hockey fans Respond to a Black player with Racism

So a black hockey player scored the winning goal in a playoff game and thetwitterverse exploded with uses of the “N” word.

You know, because losing a hockey game isn’t bad enough.  They got beaten by a black guy!

If It'd been this guy, nobody would be complaining.

Look at that freaky thing in the lower right that looks like a camera glitch! What the hell is that??? Well, I know it isn't a weather balloon....

Waaaay down at the bottom of a post about a picture of something that could be a UFO but probably isn’t, there is a poll asking readers what they think.  There are four options:

Do you see the problem with the poll?  The last three options are basically the same answer.  Why didn’t they give two options – it’s a UFO or it isn’t?

When I looked at the results, option #1 was leading with 34% of the vote.  That means 66% of respondents don’t think it’s a UFO.

Turn me on by Niki Minaj

OK, whatever you do, do not watch the video of this song.  I linked to it for those of you who really want to know but trust me – it’s a horrible horrible thing.  Repetitive, autotuned to hell and lyrics that are to poetry what elephants are to anything that is completely unlike an elephant.  I don’t know.  A fish, maybe?

I haven’t complained about a song in a while but this one deserves it.  Youth of America, you can do better.  Lady Gaga is still making music!

Sandra Fluke, regular target of Rush Limbaugh (see above), was also targeted by Fox News’ Monica Crowley.  Informed Sandra Fluke was engaged she asked “to a man?” When she was called to the carpet for a really bad and tasteless “joke,” she went on to say that she loved “exposing the Left’s total lack of a sense of humor.”

Thing is Sandra, I have a sense of humor.  That isn’t the problem.  The problem is that your joke wasn’t funny.

And let me tell you why.

One: What if Sandra Fluke was engaged to a woman?  Are you implying that is OK or would that be worse?  I imagine most of your viewers would think that would be worse so um…I don’t get what you are trying to say here.

Two: that joke is so old, it has liver spots.   Al Gore invented that the internet just so he could make that joke.  Early forms of that joke were being told on Pangea.

And when that joke was told on Pangea, the inhabitants rolled their primeval eyes because they’d heard it before.

It is used on any woman who someone – in this case you, Monica Crowley – thinks is unattractive and therefore can’t score a man.

See how that isn’t funny?

Now, if you'd asked "to a condom?" it would have been hilarious