Here’s the problem we face in this country.  When a child comes out as an atheist, a parent immediately views the situation as a parental failure.

If she wants her daughter to treat others with respect, she can do that if she is an atheist.

If she wants her daughter to value her life and strive to live it as best she can, she can do that if she is an atheist.

If she wants her daughter to discriminate against people based on their sexual orientation, she can do that if she is an atheist.  She probably won’t but she can.

Instead of being upset, this young woman’s mother should be proud.  Her daughter is growing up and making her own choices.  No parent will like every choice that their child makes but at some point, we all need to allow our children to make them.  If her thinking wasn’t so clouded by her religion, she might recognize that she hasn’t failed raising her daughter.  She succeeded.

Because the ideological divide in this country is so wide, Romney could conceivably win this November.  That’d be a damn shame since I’m becoming more and more convinced that he doesn’t actually want to be the President.

Vote for me because…um….look at my hair!

It just seems like he’s not all that interested in the job.  Goodness knows he’s going to have to take one hell of a pay cut.

The pre-existing condition clause is a no brainer.  Almost everyone wants that clause eliminated.  Why the hell would the Romney campaign need to “clarify” their position on the issue?

Is it because they fear that if they say Obama has done even one thing right, they are going to lose?

Really pal? You have data to back that claim up, right?

Of course he doesn’t.  Because he’s talking out of his ass.  Who needs facts when you can come up with a scary statistic that might frighten people into agreeing with you?

Oh and hey, all you parents of disabled children, God is punishing you for something.  Maybe it isn’t an abortion but you did something wrong and to punish you, he made your child blind, or gave him Downs Syndrome, or gave her Cerebral Palsy.

Because the best way to punish a parent is to cripple their child.

Really?  Is god that much of a dick?

Yeah, I agree the numbers are questionable.  The article I linked to above explores some of the reasons those numbers are probably wrong.

However, there are definitely some people who genuinely believe that Mitt Romney was responsible for the Death of Osama Bin Laden and those people are going to vote.

If that doesn’t creep the fuck out of you, I don’t know what will.

Why are we voting on amendments to require voter ID’s and not amendments to check their IQ?  Lack of the latter seems far more dangerous to our democracy than the former.

One of his flock tells Robertson that his wife is verbally and physically abusive and asks Pat for help.

Does he suggest martial counseling for a relationship that is obviously unhealthy?  Does he tell the man that perhaps he needs to get out of the relationship?

Nope.  He suggests the guy should move to Saudi Arabia because Muslims can beat their spouses. 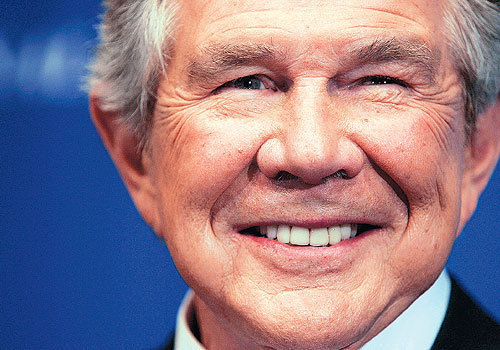 God would love you more if you would start beating your wife!

I’d be laughing a lot more if I wasn’t only too aware that people regularly give Pat Robertson money so he can keep saying this shit.

Everyone is Pissed at NBC Because They….Wait, What?

So the world is in an uproar because NBC failed to observe a moment of silence at the appropriate time on 9/11.

I’m going to get in trouble from a few of my more patriotic friends but…so what?  At some point, we have to move on, don’t we?  Are we going to observe a moment of silence forever?

Frankly, what NBC did feels more American to me anyway.  We Americans forget important dates all the time.  The same programming director who missed the moment of silence has probably forgotten his anniversary for the last 12 years.

Besides, we aren’t talking about the real problem here.  NBC missed the moment of silence because they were interviewing Kris Jenner.

Why the fuck were they interviewing Kris Jenner?

What bothers me here is the insane size of the financial award.  How can anyone justify $9,000 in punitive damages for illegally downloading one song?  There is no way they could ever lose that much off of a single download.  Do the record companies honestly believe they’ll be able to collect that money from the defendant?

I understand what is going on in the sense that you need to make the penalty large enough that people won’t want to illegally download songs but what good does this ruling do?  The defendant will be in debt for the rest of her life.  The record companies look like greedy fucks.

People will still download music illegally.  It doesn’t matter how often they win a ridiculous settlement against someone who can’t affort to pay it.

It seems to me that record companies are in pretty bad shape right now.  I just don’t understand how this court case solves their problems.

BBC Cancels a Show About the History of Islam

I don’t think any organized religion is worth a damn so it would be unfair to say that I dislike Islam more than any other.  This week’s news, however, exhibits a disturbing trend coming out of some Islamic sectors that remind me of the goals of the Christian right in this country.

There is a drive among Islamic extremists to have Islamic values be everyone’s values.  If I, an atheist, draw a picture of Mohammed, it is nothing to be upset about.  Same thing if a bigoted Christian preacher helps make an offensive movie about Islam.

Whipping people into a murderous frenzy is not a productive response.

When you do that, you reach the point where TV stations are censoring scholarly works because, apparently, nobody but Muslims are allowed to talk about Islam.

What makes no sense to me in this equation is the fact that the objection to imagery of Mohammed stems from the idea that he shouldn’t be worshipped like a god.  Yet when you start having these violent protests in which you attack Americans for the slimy act of a very few of us, it really seems like you are treating him like a god.

This isn’t the way it should work.  If you want a seat at the big kids’ table, you need to be prepared to take your lumps without assaulting an embassy or throwing rocks, just like everyone else.  Your religion is doing just fine.

Others, like the folks responsible for the BBC Documentary you managed to axe, actually respect your religion.  You need to learn the difference.

You also need to learn that Terry Jones does not represent most Americans any more than the Westboro Baptist Church does.

So the lady left a three-year old and a four-year old in her car in 38 degree below zero weather, went to her husband’s house, took some prescription medication and fell asleep.  Fortunately, her kids were rescued by a passerby before they actually froze to death.

I could swear I left something in the car. What could it be? My purse? My keys?  Oh well.  I’ll figure it out after my nap.

Of all the things that piss me off, nothing makes me more angry than a parent who neglects their child.  We are talking white-hot rage.  If I met this woman in person, I’d want to punch her in the face.

I know that’s wrong.  But tell me you wouldn’t want to do it too.

The article doesn’t indicate if she still has access to her children but if she does….what the fuck??

We live in a world where this stupid lady and her stupid husband could forget about two kids freezing to death and the punishment is three months in jail. Yet another fine example of traditional marriage being better for children, right?

I’m pretty sure that the Principal will have a different story but it would appear that he didn’t want a “gay looking” male student in an Adult Cosmetology class so he shut down the class and, when the teacher went public, he fired her.

OK, I know we are all friends here and if you don’t agree with me on this topic, you stopped reading what I have to say a long time ago but how can you read something like this and still tell yourself that homosexuality is a choice?  Who would chose to subject themselves to this kind of discrimination?

The choice in this situation was the intolerance of the principal.  He chose to discriminate against someone because he thought they might be gay.  The teacher also chose to tell him to stop being a dick.

And she got fired for her choice. If there’s any justice, the dude who fired her will be next.

Admit it. You want one of these as bad as I do.

If you are as much of a nerd as I am and you don’t read Dork Tower, you are missing some of the most enjoyable geek humor on the web.

I’m not a big Chtuhlu nerd and yet, I want a Dr ChthulWho pretty damned badly.  I would imagine copyright law would make the production of such an action figure nearly impossible but I feel John Kovalic owes it to all of us to try.

So if you don’t already, follow @Muskrat_john on Twitter and harass him until he actually gets this action figure produced.

One thing, though – it’s my idea so I get the first one!