I’m not pro-gun but WHAT THE HELL WERE THEY THINKING?

I realize that this is publicly available information but it is the sort of information the public isn’t going to go looking to find.  Why would anyone think it was a great idea to publicly shame someone for owning a handgun – which is completely legal?

No matter how you look at it, this was a boneheaded maneuver.

Unless their only goal was to generate hits on their website.  And it probably was.  In that case, it worked like a dream.

Let’s hope that it makes up for all the cancelled subscriptions.

Really Fox?  You are so desperate to paint liberals as villains that you decide to call a crazy religious cult “left wing?”  I challenge you to find anyone (aside from Fox News) who would describe a radically anti-gay church as anything but right wing.

I don’t associate Westboro Baptist church with the Republican Party, by the way.  It seems pretty clear that they are so far beyond what anyone thinks that they can’t be fairly associated with any side of the political debate.

Yeah, this pretty much sums up the Westboro folks

Unless you are Fox news and your goal is to take anyone with a reprehensible world view and associate those people with the other side of the political argument.  “Fair and balanced” is not a phrase I would normally associate with that kind of behavior.

Air Travel is Harder with Passengers who Lack Self Awareness

We are on a family relaxication in Colorado Springs this week.  Getting here was a particular chore, however.

As our plane was in position to take off, we were told that we had to go back to the gate to deplane a sick passenger.  As the gentleman was seated directly behind us and he’d already had a pretty messy visit to the restroom, I was happy to know my odds of being covered in projectile vomit had dropped considerably.

The reason for the medical emergency was pretty annoying, though.

They found a medical professional on the flight who asked him a few pointed questions after learning he was short of breath and was having heart flutters.  The conversation will now be paraphrased.

“Sir,” she said, “do you have anxiety disorder?”

“Are you having anxiety issues right now?”

“Do you have medication for your anxiety disorder?”

“Have you taken it?”

So…the guy is afraid of flying and he knows he has anxiety disorder but he doesn’t take his medication before he gets on the plane.  My sympathy for him just evaporated.

Before anyone thinks I’m picking on the mentally ill, I’m not.  He has a mental disorder and he’s aware of it and he doesn’t do what he needs to do to control it and then proceeds to inconvenience a plane full of people?  No sympathy.  He’s an adult and I expect him to act like one.

The good news, though, is that there was no chance he was going to throw up on the back of my head.  For that, I’m eternally grateful.

Speaking of mental illness, I give you Pat Robertson.

Making fun of Robertson is really unfair as the guy is about as nuts as they come.  Still, if the guy is going to keep saying crazy things, I’ll keep being annoyed that theoretically sane people continue to pay attention to what he says.

Now he is saying that evangelical Christians are facing the kind of persecution that Jews faced in Nazi Germany.  Perhaps he should lower his sights a little.  He could start with Japanese Americans during world war II and work his way up to the Jews.

All of these kids are evangelical Christians

But I suppose if you are going to say something so completely disconnected from reality, why not shoot the moon?  We only interred Japanese Americans.  The Nazis murdered Jews.  Since neither has happened to Evangelical Christians in this country and, in fact, one political party continues to pander to that voting bloc, you might as well come up with the worst of all possible fantasy worlds.

Soon, Robertson will imagine there are roving bands of armed atheists looking to kill anyone they spot speaking in tongues.  In reality, all they said was “huh?”

Last year, we Americans passed a bill imposing travel restrictions on Russians who were guilty of human rights violations.  This year, the Russians decided that Americans can’t adopt Russian children any more.

Except all they are doing is ensuring that underprivileged orphans won’t be able to find loving homes in America.  Boy, those Russian politicians sure showed us Americans who’s boss!

The entire situation is certainly more complex than that but it really does come off as using the lives of children as pawns in a political pissing contest.

My apologies for opening and closing on Catholics saying stupid things.

This priest, whom I would assume has very little experience with domestic conflict, says that the incidence of Domestic Violence death in Italy wouldn’t be so high if ladies would dress less provocatively.  He also seems to think that they aren’t serving enough hot meals.

Oh, and they need to do a better job cleaning their homes.

Then, and only then, will their husbands stop beating them to death.

You hear that ladies?  We guys can only control our violent impulses if you clean the house, watch the kids and cook us dinner!  We can’t be held responsible for our own behavior because um….god, I guess?

Speaking for some guys, I have to say that I enjoy it when my wife dresses provocatively.  When the house is dirty, the most common impulse I experience is the impulse to clean it up.

Now I can’t speak for all guys who don’t abuse their spouses.  However, given his lack of general experience with a spouse, I fail to see how a Catholic priest would presume to speak for any of them. 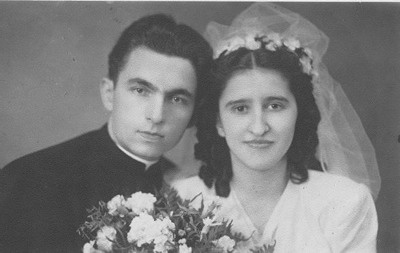 Then again, maybe he’s this guy