How Can I sing about Christmas? 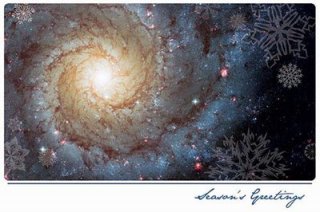 When The Dregs perform our Holiday shows, we sing a lot of inappropriate music.  Songs like “Do you Have what I Have” and “I Want a Hysterectomy for Christmas” are Dregs fan favorites.  So popular, in fact, that we get requests for them all year round.

But we also sing some traditional stuff every year and this year especially, I had more than one person ask me how I dealt with singing religious lyrics.  It’s a fair question that comes from the knowledge that I’m not a Christian and I’m pretty darn vocal about it.

The question primarily comes from other atheists.  I get it.  As a non-Christian, we all get bombarded with religious music at this time of year.  For every rendition of “Let is Snow,” we have to listen to eight versions of “Oh Holy Night.”  We get tired of constantly being told to fall on our knees because we just don’t want to do it.

I don’t know if it is because they are anticipating they will find a set of Indiana Jones blu-rays in their stocking or because they are super excited their savior was born in a manger over 2000 years ago.  I expect the former is more common than the latter but I don’t really care.

I may not be a Christian (or Jew or pagan) but the general idea of the season is something I appreciate.  I don’t believe Jesus is divine but celebrating a birth is actually a genuinely pleasant thing to do.  It makes more sense to me than celebrating how god has set up a set of rules where the only way he can forgive mankind for a sin he tricked them into making is if his is avatar nailed to a cross.  The idea of celebrating birth (or in the case of pagan traditions – rebirth) is a nice concept.  I don’t really have any festering rage associated with it.

And yes, I love the music.

Maybe because I’m a musician, the topic of the music isn’t that important to me.  I don’t drink and yet I sing songs about being drunk all the time.  Do I have to be a drunkard to sing that kind of song?

Music is music and if I like a song, I’m willing to sing it.  I’m not deaf to the message but when I’m singing, the message is “doesn’t the way we sing this sound awesome/funny” and not “hey kids! Getting drunk is an extremely responsible way to spend your time!  You should do it as often as possible!”

We’re also doing a Holiday show.  That means no matter my own personal beliefs, I need to show a little respect everyone else’s.  So if we sing a mean rendition of “Angels we have Heard on High” (and we do), we should sing the damn thing.  Who cares if I don’t personally believe that a bunch of angels have ever sung to some shepherds (except in a Christmas play)?

Is there stuff I would never sing about?  Sure.

(We all know that I’m about to write songs about both of these things, don’t we?)

But I’ll sing songs – even religious songs – about Christmas because the basic concept of Christmas represents what’s best in us.  It is simply celebrating life.

And hey, I love life as much as the next atheist.