Jack Schaap has pled guilty to taking a minor across state lines for the purpose of having sex.  He’s not the first middle-aged guy who has shacked up with a teenager who looked up to him.

But I’m sure he’s been preaching about the abomination of homosexuality and possibly fornication and then he seems powerless to control his own lust.  He even went so far as to tell his young lover that Jesus wanted them to be together.

I’m sure he’ll blame his behavior on the devil rather than himself.  What will never occur to him (or his flock) is to question how a man so in tune with God could succumb to the same base lusts he condemns in other people.  I’m sure he prayed to god for the strength to stop cheating on his wife with a child. Why didn’t god stop him?  Why did he instead decide that god wanted him to do it?

It’s like the god he believed in didn’t really exist.

They didn’t make it illegal, you understand.  Instead, they are just making it illegal after six weeks (as soon as you can hear a heartbeat).  A couple weeks ago, I wrote about Arkansas, where they have made abortion illegal after 12 weeks.  North Dakota was apparently jealous so they passed a law even more restrictive.

Given most women won’t have an inkling they are pregnant until they have missed at least one period, their time to make a decision is reduced to a matter of weeks or days.  Unless they just get into the habit of taking a pregnancy test every time they have sex.

Hey wait!  I see what they’re doing!  This isn’t about cutting back on the number of abortions!  This is about increasing home pregnancy test sales!

South African Cardinal Says that Pedophiles are Diseased and Not Criminals

Basically, pedophile priests deserve our pity because they are sick.  They shouldn’t go to jail because they need our help.

Well…um…OK.  But if your church has a history of shielding these people without doing anything to treat their disease, then we still have a problem, don’t we?  If you want to argue that pedophilia is not a “criminal condition” (he really said that) then is putting known pedophiles in a situation where they can rape children criminal? 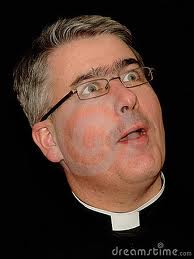 I mean, if we accept that pedophiles can’t stop themselves, then it would seem that someone else has to.  And if that someone else (be it a person or a wealthy religious institution) doesn’t do anything, then maybe we should hold them criminally negligent.

I wonder how the Cardinal feels about that.

Steubenville Rapists found Guilty and it Solves Pretty much Nothing

The blog post I link to is pretty brutal.  It points out that the media (CNN in particular but hardly the only one) seemed more focused on the plight of these convicted rapists than the victim of their attack.  That is completely messed up and, unfortunately, kind of expected.

But it also points out that these two kids who committed a terrible act are going to be placed in a system that is not designed to help them.  It will, in fact, probably make them worse.

Nor will the results in this case do anything to convince certain members of the Steubenville  community that football is less important than teaching our children that rape is wrong.

It is a victory in that the rapists were caught and convicted.  What a shame the victory is such a hollow one.

Michelle Shocked Goes on an Anti-Gay rant. In San Francisco.

Seriously, what the hell was she thinking?  I mean, if she’d been in just about any other town, she wouldn’t be getting the heat she’s getting now.  For some reason, though, she decided to hate on the gays in one of the most gay friendly towns in the US.

Shocked is a born again Christian, which would explain why she would decide to proclaim that god hate fags in the middle of show.  When god loves you that much, you just have to blurt out homophobic shit to make sure the whole world knows.

Yeah. God hates the SHIT out of this kind of thing!

It could be a publicity stunt, of course.  Her remaining tour dates have been cancelled but I’m pretty sure she can get booked into every mega church in the country starting this Sunday.

Because even if god doesn’t love homophobes, other homophobes sure do.

And yeah, someone who says “I live in fear that the world will be destroyed if gays are allowed to marry” is a homophobe.

In England, the Daily Mail Published a Taunting Editorial about a Trans Gender Teacher and that Teacher has killed Herself

Knowing very little about the mental state of the individual involved, it would inappropriate to blame asshole columnist Richard Littlejohn for her suicide.  It’d be pretty foolish to assume that his column had nothing to do with it, either.

Because when you single someone out for abuse (and by “single out” I mean “call them by name and tell people where they work”), you direct all sorts of hatred their way.  Having made the difficult decision to proceed with gender reassignment, that individual is already in an emotionally fragile state.

Hate mail isn’t going to help them much.

So while I don’t want to make any assumptions on what led this unfortunate person to take their life, I think it is fair to guess that a mountain of hate speech pushed them in that direction just a little bit.

So he spent his life telling people being gay was wrong and then it turns out that one of the people he was talking about was himself.  Tell me again how a church that promotes this kind of self loathing among its own clergy is representing a just and loving god, will you?

Don’t hold my hand, Adam. That would look gay.  I’ll make a woman so the angels stop talking.

His church pisses me off because they continue to fight against gay marriage when it is actually a solution to many of the other ills that plague our world.  He pisses me off because he knew in his heart the church is wrong and he didn’t have the guts to speak out because being a cardinal was more important than being honest.

Wells Fargo Fucks up, Forecloses on a Guy anyway and he Dies

This happened a little while ago but there’s  I reason I call this blog “shit that pissed me off this week” and not “shit that happened this week.”

Basically, Wells Fargo screwed up, overcharged a guy and he ended up getting thrown out of his condo.  Eventually, he died in court trying to get his home back.

Now, if you read the article, you will see the guy did something rather foolish because when his mortgage doubled for no good reason, he stopped paying it.  That was stupid.

But Wells Fargo didn’t need his fucking condo.  When they figured out it was their mistake that started the whole thing, they could have come up with a reasonable plan to solve the problem.  But they didn’t.

Because fuck that guy, I guess.

And hey, the statement from Wells Fargo after the guy died in court?  Really compassionate:

Given that there was no testimony or evidence to be presented at the hearing, there was no reason for Mr. Delassus to attend, and it is truly unfortunate that he was brought there. (emphasis mine)

So yeah – the dude wanted to go to court because it was his house and he died.  And Wells Fargo basically said “well he shouldn’t have been there anyway.”