Chris Kluwe Released by the Vikings

I don’t know for certain why he was let go.  I could speculate and a lot of other people have but the fact is the dude is a great voice for change and now he’s on his way out of town.

He’s bigger than the game he plays.  I know that sounds ridiculous given Football is the most profitable professional sport in the world but it is just a sport.  Kluwe tried to use his celebrity to help achieve a higher goal.

What goal could be higher than balancing a football on your middle finger? Get your priorities straight, Chris! Get it? Straight???? Get it?????????

And I’m pretty sure he got fired for it.  I guess you should have waited to speak your mind until you weren’t a professional football player, Chris.

Not a problem now though! Boo-yah!

I’m sure that everyone was as mortified as me when they read about three young women who have been held captive for the last ten years.  I can’t begin to imagine what they and their families have been through.

I can well imagine, however, how much sleep Sylvia Brown lost after she told one of the girls’ mothers that her daughter was dead.  A prediction that turned out to be completely wrong.

Whether she honestly believes that she can “sense vibrations” or she knows what she is doing is bullshit, she sure has managed to make a lot of money off the misfortune of others.  And while she remains silent on the latest example of her predictions being horribly wrong, I have one for her.

This latest flap won’t hurt her one fucking bit.

Hey, Speaking of People Being Awful in the Wake of The Cleveland Kidnappings, How about Those Men’s Rights Advocates?

So three girls were kidnapped and kept as sex slaves for a decade and the dudes out there who “advocate” for dudes are all upset because it is making them look bad.

So bad in fact, at least one guy speculates that the whole thing is a conspiracy!  By feminists!

I mean, the only way they could break out of the chains would be if they had put the chains on themselves, right?

Don’t you love how these assholes managed to take something horrible that happened to three women they didn’t know and turn it into something about how much society is fucking them over?

And then they argue that there is no such thing as white male privilege.

I can’t figure out if they are stupid or crazy.

Many would have considered gross derelection of his duty as Governor as a reason to never elect him to public office again.  Turns out that if you are a republican running in a bright red district, you can do just about any stupid shit you want so long as you are still a Republican.

Now Democrats are just as willing to elect damaged politicians, I’ll admit that.  All I’m saying is that they, at least, don’t try to pretend to be a guiding light for morality.

Catholic Bishops Are Afraid of the Roe v. Wade of Marriage

I’m pro-choice so maybe I’m incapable of understanding the rationale.

But let me see if I get this straight:

The Catholic church believes that abortion is the murder of children.

The landmark Supreme Court decision in Roe v. Wade made abortion legal in the United States.

Since then, millions of abortions have been performed in the United States which, in the eyes of the Catholic Church are millions of murders.

If that is what you believe, it sounds pretty awful.

Now, in the opinion of the Catholic Church, Gay Marriage is a sin in the eyes of God.

So a landmark supreme court ruling that paved the way for the legalization of gay marriage would mean that thousands of gay couples would put their immortal souls in jeopardy. 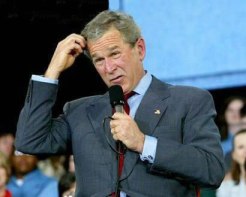 What a horrible fucking analogy.

I’ve was once young but I’ve never been hip or beautiful so I will never be part of the Abercrombie & Fitch demographic.  That’s fine with me.

But they have appearance standards for their employees that are seriously creepy.  So off the wall are these standards that a young employee with a prosthetic arm was told she had to work in the storeroom until she could wear a winter uniform that covered her forearms.  Because the cardigan she was wearing was against their dress code.

Even though she had already been given permission to wear it.

As if impossible standards of beauty weren’t already a problem, they decided they wanted to shame an attractive young woman because she wasn’t attractive enough.

I’d tell people they shouldn’t shop there but I’m pretty sure not a single person who reads this blog shops at A & F.  If, by some chance, you do shop there, please do us all a favor and stop.

Gay Marriage Passes in Minnesota, but not Before a Bunch of Bigots can Claim they Aren’t Bigots

The fact the bill passed the house is actually fantastic.  It makes me very happy.

But in order for it to do so, a bunch of representatives got to speak on behalf of homophobes everywhere to make sure the public knew they weren’t homophobes.

This is really important: if you are genuinely not a homophobe, one of the best ways to make sure people know that is to avoid saying “I’m not a homophobe” as you are about to tell everyone why you are voting against marriage equality.  Because when you say that, you sound a lot like a homophobe.

I tweeted with one of those non-homophobes (not a state legislator – just a guy) later in the evening and found that he was quick to deny he was a bigot when I pointed out that believing that “gay” was not “normal” and yet he continued to use the term “homo” to describe the people he was not bigoted against.

I guess it was better than “fag.”

I know these people honestly get offended when you call them a homophobe but here’s the thing: when you have a fear of something happening because of gay marriage, you are afraid of gay people.  That makes you a homophobe.

In my twitter conversation, I was told that same-sex marriage will ruin marriage for everybody.

I pointed out that my marriage was just great, thanks, and therefore, by definition, his statement was false.  One un-ruined marriage and he was proven wrong.

He stuck with it, though.  Apparently my marriage is ruined.  I just don’t know it yet.

He kind of scared me.

So I made sure to have sex with my wife last night.  Just in case it was the last time.