His Christmas gift, of course, is to let all of us atheists know that we are wrong and we can totally stop hating Christmas because he can prove god is real.

Atheists HATE Christmas trees. In fact, we piss on every one we see. That ice rink at the Rockefeller center? Totally not water.

He can’t prove that, of course.  At least not with the arguments he presents as they are unconvincing and make wild assumptions about facts that aren’t actually facts.  There is not broad agreement, for instance, among historians that Jesus rose from the dead since there are no eyewitness accounts that were written anywhere near the time it is reported to have taken place.

What drives me crazy, though, is this notion that I’m sitting around and sulking about Christmas.  Damn those Christians smearing their holiday in my face!  Why won’t someone just prove that God exists to me so I can be happy?

God does not make people happy.  People are happy or not.  I’m generally pretty happy.  Even when it’s Christmas.

Heck, this might blow the author’s mind but I’m even a little bit happy because it’s Christmas.

I’m not pissed about this at all.  I think it’s just about as ballsy as you can get when you are picking official representatives to the Olympics.

“Hey,” Obama said, “I’ll just send a couple of openly gay athletes to a country that just passed a law banning open display of homosexuality.  Let’s see what they do with that!”

They will do nothing, of course, and that’s what makes it ballsy.  It is basically daring the Russians to be dicks and knowing there is no way that they actually can.

What really pisses me off is that I’d like to see more members of Mr. Obama’s party (including Mr. Obama himself) make this kind of call on matters that are far more risky.  Democrats won’t lose any votes sending a well known lesbian tennis player to Russia.  That makes it an easy decision.

What is more difficult (and more important) is making a ballsy call when it will cost you votes.

I swear you can’t make shit like this up.  It isn’t that the guy is a misogynist creep.  There are lots of those.

But he honestly believes that overpopulation in our prisons is being caused by a bunch of uppity women putting a bunch of innocent rapists behind bars.  His opinions are made up bullshit, which is pretty common for members of the men’s rights movement.

For the record, our prisons are full primarily because of drug related crime and very few accused rapists actually see any jail time at all.

Because, you know, it’s way worse to smoke pot than it is to rape someone. 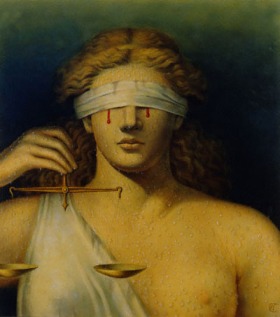 But I digress.  The speech is pretty awful and filled with more misinformation than your average politician but what makes things worse is that this was a mandatory speech.

The dude isn’t just spouting his unresearched bullshit to people who want to hear it.  He’s spouting it to everyone at the school.

On the other hand, they are going to an untra conservative Christian school so they are probably totally down with his bullshit already.

To be clear, I have never had any interest in watching “Duck Dynasty.”  I don’t look down on people who enjoy the show.  To do so would be to invite karmic payback for a guy who watches Independence Day at least once a year.  We all have a right to enjoy trash.

If “Duck Dynasty” is even trash.  I wouldn’t know.  I know that Independence Day is trash.

Thing is, the dude said some really offensive things about Homosexuals (although I’d guess it was his racist statements that got him in real trouble) and he was suspended.  Not fired.  Suspended.

And then Sarah Palin tweets that his first amendment rights have been violated.

Keep in mind, this woman could have been the Vice President of the United States.

And yet she doesn’t understand that having the right to free speech is not the same thing as speaking without consequences.

I can totally go in to work and start telling my boss that I hate the product we sell and that I spend every morning trying to figure out how to call in sick.  That’s my right.  If I get fired for doing that, however, I can’t claim that my right to free speech was violated.

Duck call guy (not, apparently, his real name) made statements that pissed some people off.  And A & E made the decision that it would be best if he was no longer part of their television family.

Free speech can have consequences.  In this case, the consequences will be a guy who is already rich landing a whole shit ton of high paid speaking engagements and doing just fine.

I mean sure, he’s a homophobic racist.  That might mean he can’t be on a reality show.  I don’t see that it would provide any obstacle if he wants to go into politics.

As stated earlier, I like Christmas.  I hate shopping and here’s why:

I never end up shopping until a few days before Christmas.  Oh, I mean to get to the store earlier but my nights fill up with other things and inevitably, I find myself going to a few stores within a day or two of Christmas along with every other guy who does the same thing I do.

I know that sounds sexist and that is fair.  However, there won’t be a lot of women at Target when I’m there this weekend.  It’ll mostly be guys like myself.

What’s worse is that I could have done all my shopping online weeks ago.  There is literally no excuse.

Or rather, there is a whole host of them.  And they are all lame.

There are five different Target stores within easy driving distance of my house and I don’t know which one to choose!!!!

Then I am confronted with friends who finished their shopping over a month ago because I make the mistake of publicly stating that I’m not done yet.

Which brings us back round to the idea that free speech is not without consequences.

You’re a Mean One Mr. Grinch by Sixpence None the Richer

This one is on heavy rotation at work and it is driving me insane.

Nothing against Sixpence None the Richer as a band but their version of this song is about as bright and airy as they come and it makes one wonder if they actually know anything about the story.

I mean, yeah, they say that the Grinch is pretty mean but it feels like he’s mean in a “kind of a douche at parties” kind of way rather than a “steals every fucking thing in an entire town” kind of way.  When I think of the Grinch, I don’t think of him in a smoking jacket with a martini glass.  Until I hear this version of the song.

He comes off as more a lame bond villain.  The one the main villain kills about halfway through the movie to show what a badass he is.

The main villain, by the way?

Look at that shifty fucker

Any dog powerful enough to pull a sleigh weighing several tons up a mountain by himself is clearly dangerous.

OK, maybe the song isn’t so bad after all….