This is a story in which nobody involved comes out looking particularly good.

One the one hand, you have a guy who is spending $350,000 to kill a critically endangered animal.  Yes, that money goes to conservation efforts and the animal he’ll be killing is too old to breed.  He’s doing the black rhinos a favor by killing one of them!

This one looks super grateful!

On the other hand, he is getting death threats.  People are threatening his children.

How does that make it better?  You don’t like the fact he’s going to kill an animal so you threaten his family?

What a fucked up circle of life.

If you are on Facebook at all, you’ve probably seen this young woman’s very well written response to some stupid things her Principal said to her.

And that all ticks me off.  What ticks me off most of all is when the principal chooses to offer an apology and he says “I’m sorry you feel that way.”

This guy is a grown-up in a position of power and he still doesn’t understand that “I’m sorry you feel that way” is not an apology?

People of Earth:  when you say any variation of the phrase “I’m sorry you feel that way,” you aren’t sorry for a god damned thing.  You are apologizing for the feelings of someone else and they are responsible for their own feelings.

If you ever find yourself about to say this sort of thing, shut your mouth and think about it for a moment.  Are you really sorry for anything?  What are you sorry for?  Are you sorry that your statement hurt someone else?

Knowing Palin’s popularity is directly tied to her ability to say things that get her deteriorating fan base whipped into a frothing frenzy, I shouldn’t allow myself to get too upset about anything she chooses to say.

Every time she says something annoying and winks, someone sends her a check for a thousand dollars.

I am upset, though, because of two things:

1)  There are very few women with political power in this country.  I hate the fact that one of them is so intentionally stupid.

2)  There are very few black people with political power in this country.  Could we refrain from attacking one of them specifically because he is black on Martin Luther King day?

The guy was so certain he wasn’t doing anything wrong that he told the child’s mother what he’d done.

Here’s the thing – what this guy did was awful.  I’m concerned that the issue seems to surround the fact that he did this to a girl.  She is six.  If she was sixteen, I can understand the sexual dichotomy.

He’s being charged with indecent exposure because he took a shirt off of a six year old girl who, at that age, looks just like a six year old boy and what he did, therefore, is not all that indecent.

If he’d done the same thing to a boy, would he have been charged with anything?  What he was doing was engaging in public shaming and that behavior was absolutely wrong.

But what if he was a father changing his daughter into a bathing top at the beach?  Could he be charged with indecent exposure under those circumstances?

This is not about little boys’ rights.  Rather, it is questioning why we are teaching six year old girls that their bodies are indecent.

I’m sure focus on the family is using this in all of their brochures.  “Look at this,” they cry, “same sex marriage is actually hurting people!”

Well sure.  If people decide to violate anti discrimination laws, they might get told that what they are doing violates the law.

In this case, if this “loving and caring” Christian couple had chosen to bake a cake (which is what they went into business to do), they wouldn’t have the state telling them to just make the fucking cake. 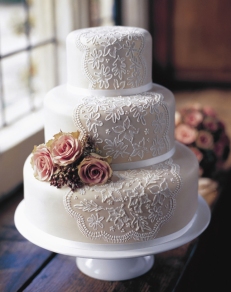 Bake a cake. Go to hell. It’s in the bible man.

If they go out of business, it is their choice.  Their religious freedom isn’t being violated because they are the ones choosing to shutter their business rather than bake a fucking cake.

So hey you wacky conservative Christians out there: would you be rallying to support this bakery if they refused to bake a cake for a black couple?  A mixed race couple? A couple where at least one of the partners has been divorced?

Northern Ireland has One of the Dumbest Health Ministers Ever

I know, this article is from last November.  Still, this guy’s stupidity is timeless.

I’ll even set aside the fact that he has banned homosexuals from giving blood as they are engaged in “high risk sexual practices.”

Only, however, because that isn’t the dumbest thing he’s ever done.  He thinks that the earth is actually about 4,000 years old which, from a young earth creationist standpoint, is even crazier than most.  I mean, they have written records in China that go back further than that.

Or did god only create Western civilization?

His rejection of the Big Bang is an exercise in logical ignorance.  Let’s see if I can get his reaoning right:

A:  The Big Bang was an explosion

B:  We have lots of explosions in Northern Ireland

D:  Conclusion 1 – All explosions are bad

E:  Conclusion 2 – Based on conclusion 1, the Big Bang cannot have happened because it would have been bad.  And the universe is good.  And no good thing has ever come from a bad thing. Q.E.D.

Just stew on that one for a while.

Then remember, this guy is a high ranking member of the Irish government.

I can’t believe I’m saying this but somehow I hate John Boehner just a little bit less all of a sudden.

Speaking of Stupid Politicians in Northern Ireland, A Play that Satirized the Bible has Been Cancelled Because Irish Evangelicals Can’t Take it

A few important points on this one:

2)  If you think a play will be offensive to you in some way, you don’t have to go watch it.

The Merry Wives of Windsor set in Neverland? I’ll pass.

3)  If you think that one play in Northern Ireland can cause considerable damage to a holy book that is the best selling book in the world, you need a dose of perspective.

4)  You know what you just did?  You made a whole lot of people who had never heard of this play want to watch it that much more.  Brilliant.

I wouldn’t have given a crap if the right wing bloggers hadn’t promoted their whining posts on Twitter.  So thanks for bringing it up guys!

They are complaining about Fonda going to North Vietnam in 1972.  42 Years ago.

More recently, she’s admitted that it was a bad call and she has apologized to veteran groups but let’s not forget that by 1972, Vietnam was a hugely unpopular war.  Fonda was just tapping into strong public sentiment.

Whatever, what Obama said is that she views Fonda as a great example of an older woman whom she would like to emulate.  She’s not saying “wow, I wish I was just like Jane Fonda 40 years ago.”

These people are so busy looking at a 40 year old picture and deciding that it defines someone’s entire life.  Obama looks at an entire life and decides it is not defined by one picture.

Every time I click through to an article by a scumbag misogynist fuck bag, I leave feeling just a little bit ashamed that I have a penis.

He states that it is an “irrefutable fact” that women look better with long hair.  His “research” involves several pictures of celebrities with long and short hair.  One of them is Audrey Hepburn and I’m sorry dude, she looks so much better in short hair.  You are an idiot.

He also shows Anne Hathaway in long hair and then a picture of her from Les Miserables as proof she looks better the other way.  Well yeah.  In the movie, she’s a dying prostitute who sold her hair for money.

He suggests that the whole reason women wear their hair short is because they are “damaged.”

What the fuck does that even mean?

We’re all fucking “damaged,” you idiot.  If you think that someone’s hair is an indication of that fact, you are even dumber than I already thought you were.

PS: if you click through to the article (which is a bad idea) DO NOT READ THE COMMENTS.  Especially if you are a thinking feeling human being.

PPS: This asshole has 4000 followers on Twitter.  This blog gets an average of 200 reads a week.  That depresses the shit out of me.  Not because I need more readers but because he needs less.

If I pretend to be gay, I’ll get more attention!

I have to hand it to her.  Every person who claims that they don’t hate homosexuals has the perfect proof that they are full of bullshit simply by reading her column.  If you don’t see the hatred directed at homosexuals dripping from her words, you don’t really understand hatred.

She’s even written a book advancing her personal opinion (though she claims it is well researched fact) that nobody is gay and anyone who says that is making it up because they really want to be subjected to the bullshit opinions of people like her.  I’m not going to provide a link.  Look her up on Amazon if you want.

Because you are not a scientist!