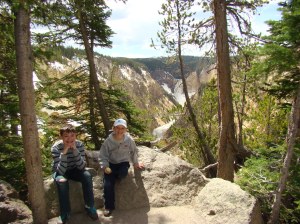 It’s Father’s Day Weekend so I get to write about my kids.

I’ve known Alex and Devon for literally their entire lives.  They are great kids and I’m proud that I’m their dad.

Alex loves school.  He’s great at math and science and he reads just about any book we put in front of him.  He’s got a very cheerful disposition that helps get him through tough times.

He loves to watch videos on Youtube and play on his 3DS.  He is starting to learn how to do laundry and cook.  He’s a huge fan of tabletop games and is up for trying just about anything of any complexity level.

About two years ago, he was having some bully problems in school.  The kids were calling him gay and even though he was upset, he had the presence of mind to tell them that there was nothing wrong with being gay.  I was so proud of him specifically because he was in the middle of an emotional moment but managed to defend a group of people who deserved a defense.

Devon is amazingly creative.  I think The Lego Movie struck home for me because I finally realized that I need to stop freaking out when he takes his Lego X-Wing apart to make something else.  They are his Legos, after all.  He should be able to do whatever he wants with them.

He’s always building something new and is always excited to tell me all about it.  As a dad, I need to do a better job of listening.

Earlier this spring, Devon decided that he wanted to learn how to ride a bike.  He didn’t tell anyone.  He just got a bike out of the garage and started riding it up and down the alley.  By the end of the evening, he was nearly an expert.

Devon does things like that.  He decides that he needs to figure out how to do something and he does it.

Both of them are great kids.  Father’s day is a good time to take a moment to look at your kids and realize that they are wonderful little people.  So thanks to Alex and Devon for making me a dad!