I get that social conservatives don’t understand anything about homosexuality.  How else can you justify someone claiming that sperm injected anally has an enzyme that burns…um….something and causes immune deficiency?

Clearly they don’t understand anything about enzymes either.  Or sperm.  Or anuses. 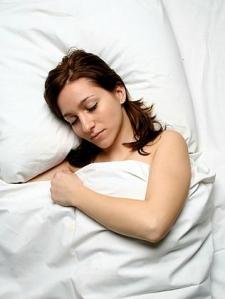 Quick, asshole, tell me what kind of sex this woman is into. You clearly know.

What continues to amaze me is how people like this guy continue to get annoyed when people like me call them homophobic.

Let me try to explain why I use the term “homophobe” to refer to you, sir.  When you are afraid of something that homosexuals do because of bullshit reasons, you are a homophobe!

Church Hired Pedophile Pastor Because The Assumed God Had Forgiven Him

While they knew their new pastor was a convicted sex offender, New Gospel Outreach Church hired him anyway.

I mean, if god has forgiven you after sexually abusing an 8-year-old, there’s no way you would do that again, right?  Because morals come from god and therefore forgiveness from god means you just can’t do anything bad ever again, right?

You want to give the guy another chance to be a minister?  I guess that’s admirable.  You want to allow him to be around children?

What the hell are you thinking?

These folks own the building so they legally have the right to evict tenants if they are converting the building from a residence to commercial use.

At least this gentleman won’t be paying rent so he can buy whatever they are selling out of his old apartment.

Having the legal right to be a jerk doesn’t mean you actually need to be a jerk, though.  Profit, unfortunately, has nothing to do with compassion.

That’s bullshit of course.  You can make all sorts of money without screwing over 98-year-old women in the process.  You just have to give a shit.

A young woman was drugged and sexually assaulted and, because the internet is home to far too many assholes, a bunch of assholes decided to make it into a big joke.

So what did they do?  They create a hashtag where they recreate the pose showing her passed out on the floor.  Ha ha!  Look at me pretending to be a girl who was drugged and sexually assaulted!  HILARIOUS!

Hold on a minute – I have to wipe the tears of laughter from my eyes.

After a buch of humorless jackasses slander her all over twitter (and turn her humiliation into a fucking hashtag), she decides to go public with her name and her story.  Because what other choice does she have?

Tell you what, though, if someone starts a college fund for this young lady, I’m going to be in line to contribute.

Would you tweet “You’ll end up pregnant real soon you fucking whore.  If I could and I knew you I’d hold you down and rape you [sic]?”

I’d like to believe that you wouldn’t do that because you’d realize that anyone who did that sort of thing in public forum is not only unbelievably horrible but it is also likely to bite you in the ass when someone reports it to your CO.  Which they did.

Now if you tweeted this while you were drunk, I might give you a little bit of slack if you were a little bit conciliatory when you sobered up.  If you just try to shrug it off as a bunch of feminists being all uppity, I just want you to be dishonorably discharged.

Thanks for your service.  I guess.

Oh, Raw Story, why do you have to be on my side?

For the moment, I’ll ignore the face that a megachurch pastor is somehow an immigration expert.

What bothers me is while Jeffries implied that Jesus would have supported more security at our border and, amongst many conservatives, border security = a fence, he never said what the headline claims he said.

You can infer that he thinks that, I suppose, but what is the benefit of alarmist headlines that distort the actual quote?

It can’t be to advanced dialogue on this particular issue so what could it be??

Oh yeah!  To drive clicks on the site!

The policy itself doesn’t piss me off.  I think it’s fantastic.  You shouldn’t devote time on a science program to homeopathy because homeopathy is bullshit science.  If you think you are doing it to “balance” your reporting, you are creating a false debate.

There is no debate.  Homeopathy doesn’t work.

Here – let me pour you a glass of wate…I mean a homeopathic remedy!

I have to ask, though: why was it necessary to write a policy and institute training to ensure this sort of thing gets done?  We also know that such a policy would never be instituted in the US because people would call it a “liberal bias.”

Yeah.  I’m biased when networks bring on climate change skeptics for “balance” even though the science community is almost entirely settled on the causes and potential consequences.  When you imply a 50/50 split on the issue, you aren’t engaging in “balanced” reporting.

Balanced reporting means calling bullshit when someone claims their sister’s best friend cured her cancer with garlic.  It does not mean you then find some shaman who is totally convinced the story is true.