A Lot of People are Freaking out About Immigrant Children

Here’s what I genuinely don’t understand:

The far right is super concerned about the rights of unborn children.

Once the kids are born, though, they don’t really give a fuck.  Especially if those kids weren’t born in America.

In this case, we have a Republican candidate so anxious to show how anti-immigrant he is, he stages a protest with a busload of immigrant kids.  Too bad it turns out the kids were actually from a YMCA camp.  Apparently they use school busses to move all kinds of kids around.  Who knew? 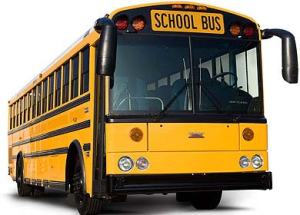 Look! Its a school bus! I’ll bet there are illegal immigrants in there!

Seriously, does anyone do research before setting up a photo-op?

But more seriously, these are children! This immigration “crisis” is bullshit election year stuff.  There are all sorts of people crossing our borders all the time.  Politicians only care every two years.

The rest of the time, they only care if there are enough immigrants around to pick their food, cook their food, and clean their houses.  And they don’t give a shit about how many of them are on school busses.

The best part of this story is not the fact that Renee Ellmers said such horribly sexist things.  No, it is that she blamed the liberal media for reporting her out of context.

One:  The reporter who broke the story is a conservative.

Two:  She provided the entire quote in context and it made Ellmers look worse.

She might have looked better if she had just giggled and said “math is hard.”

The problem, Representative Ellmers, is not that politicians need to talk down to women.  The problem is that they already are.

Manuel Noriega Sues Over His Likeness in “Call of Duty”

I know what you are asking yourself and I’m asking myself the same thing.  Wait: Manuel Noriega is still alive?

Yes, he’s still alive and, apparently, out of prison 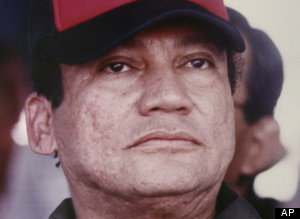 I often wonder how someone like Noriega can find a lawyer willing to go ahead with a lawsuit like this.  Does the dude actually think he can win?

Reading further into the article, we see that Noriega is probably going to be on the hook for huge fines because of his money laundering operations.  Who’s going to pay for that?

Why the jackasses who made him look like a mass murdering drug trafficker who laundered money!

They also fired her for insubordination.  Maybe she deserved it.  I wasn’t there.

It is interesting, though, that she was fired after pictures surfaced on Facebook indicating that she was so ill she was vomiting and her manager told her she should “just change her shirt.”

Since this report came from a customer, I’m choosing to believe it.

I understand that working short-staffed can suck.  Someone needs to tell me how any manager worth having a job would be more concerned with producing sandwiches quickly than she is with her customers’ health.

Maybe this employee was sick all the time and needed to be fired.  So fine.  She’s throwing up.  Send her home and fire her later.

That way your idiotic decision doesn’t get splattered all over the internet.

Unless she did something like suggest that women who get pregnant before their wedding don’t deserve a “full-blown” wedding.  I feel a little better about judging her after that.

I’d really be enjoying this dance if you weren’t such a whore!

I also feel better about judging her when the only reason she is running is because the current Republican representative is one of the only Republicans who voted for the legalization of same-sex marriage.

Welcome to the Republican party!  You can secretly think that smaller government means that nobody should give a shit about same-sex marriage but whatever you do, don’t actually vote that way.

There is Going to be a Bible Museum in Washington D.C.

Flush from their victory at the Supreme Court, Hobby Lobby has announced their newest project.  A museum completely devoted to the Bible!

I’m not going to pretend the Bible is not an important book.  It has controlled Western civilization for the better part of 2000 years.  It has influenced art, architecture, science, politics, and human sexuality.  Oh yeah, and religion.

Don’t expect to see me leaping with joy at a gigantic building devoted to a single book when it is being spearheaded by right wing fundamentalists.

We aren’t going to get a measured exploration of the way the bible has been translated and interpreted over the years.  We are going to get a church masquerading as a museum.

This Week’s Meme That Pissed Me Off

This one popped up in my Facebook feed this morning:

Dear old school Dr. Who fans:  shouldn’t you just be happy that your favorite television show is still on?  Who gives a crap what new fans call themselves?

You sound like Trekkies complaining about people who call themselves Trekkers.  Or Star Wars fans hating on the people who like the prequels.

OK, the Star Wars fans have a point.

Fans of a particular geek property can call themselves whatever they want.  I’m sure the BBC doesn’t care as long as the kids keep buying the TARDIS underwear.

Also, and I’m really sorry to be the one to point this out, “dweeks” is kinda cute.

In California, You are Supposed to Conserve Water Unless Your Lawn Isn’t Green Enough

California is experiencing severe drought conditions and residents are being encouraged to conserve water.

Unless their lawn starts to look too brown.  Then they expect you to water the lawn.  But – you know – not too much.

It’s really pretty simple, municipalities of California.  Your property values might drop if everyone’s lawns are a little bit brown.

The property values will drop a lot more if there isn’t any fucking water.

So how about you all band together and realize that a green lawn is a luxury that your entire state can’t really afford right now?

Women Explaining Why They Use Birth Control

The Hobby Lobby decision by the Supreme Court has a whole lot of negative repercussions.

One of the worst, in my opinion, is the trend of women explaining why they use birth control.  I don’t mind that women are saying these things.

I mind that they feel compelled to explain why they use birth control when it is nobody’s business why they have made that choice.  Not mine.  Not the Supreme Court’s.  Definitely not a priest’s.

I’ll happily give you these pills, ma’am. But first I need you to fill out this twenty page document explaining why you feel you have a right to use them.

Women have suddenly been placed on the defensive for a personal medical decision that is 100% legal.  In all fifty states.  Nobody asks a guy to justify buying a condom, do they?  There are condoms in every truck stop in America, which is pretty optimistic if you ask me.

Wanting to have sex without having a baby is, apparently, normal for guys.  For women, on the other hand, it is completely alien and weird.  I mean, we all want women to enjoy sex, sure.

But not if the consequence of that enjoyment is the use of birth control.  That’s just crazy.