Syrians are Destroying Sculptures Because Allah

Dear everyone in the world:  Just because your particular strain of god does not approve of something is no reason to take that thing away from the rest of us.

When you destroy a sculpture that is thousands of years old, you can’t just make a new one.

This has existed for thousands of years and Allah has done nothing about it. Therefore we must!

Unfortunately, this sculpture ended up in one of those places where the prevailing belief system says that historical significance is not a good enough reason to keep something around if there is a face on it.

So thanks, religious extremists, for taking something away from the rest of the world because you believe it will lead to eternal damnation! You guys are the best!

Forbes Article Says We Should Close All the Libraries and Give Everyone a Kindle!

I realize I shouldn’t be so annoyed at an article that is little more than a thought experiment.  Think about how much cheaper it would be if everyone just paid for a Kindle instead of giving their tax dollars to libraries!

They would have access to all sorts of books for a low monthly fee!  You know, as long as they had wireless internet.

But I would guess that government could provide the wireless internet.  So that would solve that problem.

And there’s no problem with the fact that by giving everyone a Kindle, you’ve basically given Amazon a monopoly.  I mean, if people want books from publishers Amazon doesn’t carry, they can always go out to a bookstore and buy those.

I’m not so sure that bookstores would be all that common if everyone got their books on a Kindle.

So sure, it’s a thought experiment.  But it’s kind of a dumb one.

It would be nice if Ken Ham’s continued existence didn’t bother me so much.

So tell me, Ken, if god created the universe but didn’t put any aliens out there because Christ only came to earth and any aliens would, therefore, be going to hell, why did he bother to create the universe?  I mean, that seems like a fairly major waste of time to create something that big and put us on one tiny piece of it.

God created all of this for us, Ken? No wonder we are insufferable assholes.

Did got create the universe so we could be really fucking impressed with him?  Is he that vain?

Or if he’s all-powerful, couldn’t he have just sent a different form of Jesus to all those worlds?  Along with an equally vague book that is open to multiple interpretations but is written in whatever language(s) the aliens speak?

I mean, I know I don’t believe in god, Ken, so maybe I’m suffering from some failure to understand the word “omnipotent.”

Look, if you are a nurse and you won’t handle contraceptives due to religious objections, maybe you shouldn’t apply for work at a clinic where a large percentage of the job will be administering contraceptives.

There are a lot of other jobs out there where this young woman could have done the entire job rather than the small percentage she was willing to do because god told her to judge other women’s choices.  She didn’t want those jobs, apparently.  She wanted the one she wasn’t willing to do.

So she didn’t get the job.  And she is suing.  Because the most logical thing to do when you don’t get a job you wouldn’t have done anyway is to sue the person who didn’t want to hire you to do a job you clearly stated you weren’t going to do.

The logical thing is clearly not to look for a different job.  That’s just crazy.

1)  We are all falling all over ourselves to say we can’t go into Iraq again and I agree.  Because look at what a fucking mess we’ve already made.

2)  On the other hand, look at the mess we made! Remarkable how we’re all falling over ourselves to avoid responsibility for cleaning that shit up.

2.75) Admit it, nobody actually thought there would be a day where we’d all say “boy, Iraq might have been better off under Saddam Hussein.” 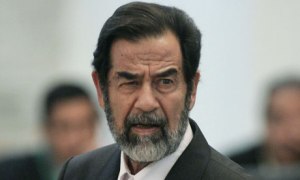 Perspective is important. He was still a psychopathic, mass-murdering son-of-a-bitch.

3)  Any belief system that would legally mandate this kind of procedure is inherently flawed and needs to be eradicated.  And no, I don’t mean we need to kill everyone who believes this kind of garbage.  I believe we need to find a way to erase that way of thinking from the Earth by refusing to tolerate its existence.  It is OK to believe what you believe until your belief starts to impact the life and health of others.  Then you can fuck off.

4)  I don’t think we should send troops into Iraq again.  I really don’t.  But we need to start giving a fuck about the important things. Stopping religious fanatics from mutilating little girls is important.

Edit:  I pulled this story from a source I trust (the BBC) but the report may be in error based on this story (also from the BBC).  We still fucked up Iraq, though.  And female genital mutilation is still messed up.

Vikings are too Cheap to Protect Migratory Birds

You know, I’d have more sympathy for the Vikings’ claim that they can’t afford 1.1 million for special glass were they not members of the most profitable sports league in the world.

I mean come on!  It would take a whole football game to make that money back!

Maybe only a half.  It depends on whether or not the team they fielded sucked.

So let’s say a whole game.

One game.  Just sacrifice the profits from one game and they could lower the rate of bird kill significantly.

Fuck that, though.  When you are making billions of dollars, you don’t have to give a shit about migrating birds.  Because your fans don’t either.

In fact, their fans probably think that by saving 1.1 million dollars, the team will be able to keep the price of a season ticket a little lower.  Or a Hot Dog and drink will cost less than $15.

This Article About Women in the Gaming Industry

Dear all you anti-feminists out there – this article isn’t even about feminism.  The writer never uses the word.

So please don’t spit back some sort of bullshit “we men have it hard too” argument.

These curious geometric shapes are much too complicated for women to understand!

Because until you can prove you get the kind of threats and creeper behavior that these women receive, your argument is invalid.

You know why you douchebag men (and by that I mean the specific vocal subset of gamer males who are douchebags) want women gamers to feel welcome?  No, it isn’t because it increases your chances of having sex.  For that, you are going to need to take a shower, exercise once in a while, and learn how to treat women like human beings.

The real reason you should stop being a bunch of shits and celebrate women in gaming is because the more people of any gender who are gaming, the more money the gaming industry makes and the more games they produce.

Since you are a bunch of selfish assholes already, I’ve just used the most selfish argument possible.  When you treat women who game the way you are currently treating them, they might stop gaming.  And that hurts you because eventually you are going to get sick of the seventy-fifth expansion of “Ticket to Ride” and you will be saddened to learn you can’t play the seventy-sixth because there isn’t one.

I’d love to appeal to your better natures but after reading this article, I’m convinced you don’t have one.

Football Player Beats his Fiancee and Gets a Two Game Suspension

Ray Rice was caught on video dragging his unconscious girlfriend off a hotel elevator. He knocked her out in a fight, apparently.

The NFL has responded harshly by giving him a two game suspension.

If he’d been caught using pot, he would have been suspended for no less than four games.

Think about that for a minute.  Smoke a bowl* and you get a mandatory four game suspension.  Beat someone up and your punishment is discretionary.  The commissioner gets to make whatever call he likes.

And apparently, he likes to think that beating a woman up is about half as bad as smoking weed which, I should point out, is legal in two states.  Unlike battery.  Which is pretty much illegal everywhere.

Holy fuck!  What the hell is wrong with this guy????

A kid asked him to keep his lawnmower on his own property and he thought the request was so unreasonable, he shot her? 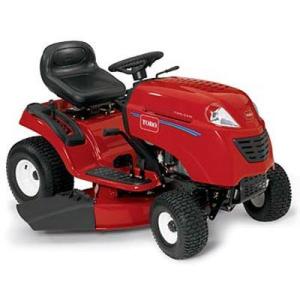 An additional feature of this model, the red color helps hide blood stains!

What would he have done if she’d asked him to park his car in his own driveway?

Or fix food from his own pantry?

Or sleep on his own couch?

I know that I shouldn’t blame his behavior on gun culture.  I know that.  I kind of want to, though.