Almost Everything About the Adrian Peterson Story

First, I’m upset that this entire story is turning into a question of what parents are “allowed” to do to discipline their child.

Look, it doesn’t matter.  Peterson hit a four year old with a switch until the kid bled.  That is beyond discipline.

Also, the kid is four.  Cognitively he doesn’t have the ability to fully connect the beating with the behavior that caused it. He may understand that he is being punished for something but he doesn’t know what caused the punishment.  So he wasn’t “disciplined,” he was just “punished.”  And in his mind the punishment was basically for the simple act of existing.

Then you have people like this guy writing articles about how spanking their kid is A-OK and, in fact, common sense (it isn’t).  This is not a case of simple spanking.  I don’t agree with him in any case (and my friend Levi Weinhagen makes good arguments as to why) but it isn’t the same thing so why even write the article?

Peterson’s mom says that the discipline used on Peterson must have been OK because look how he turned out. 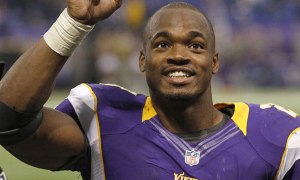 Look! He’s smiling! If being beaten by a switch as a child had any harmful effect, he wouldn’t be able to smile! Ever!

Yeah, he turned out to be a great running back.  Who has fathered several children by several different mothers and allegedly beat the crap out of (at least) one of those kids.  If you think your discipline choices didn’t have a negative impact on your son, lady, you might need a better idea of what “negative impact” means.

And of course you have the NFL and the Vikings, who only suspended Peterson when he became more of a PR liability than he had previously been a benefit.

They shouldn’t be waiting to see how the public will react.  They should be anticipating that reaction.  In the wake of the Ray Rice video, it shouldn’t have been too difficult to figure out what was going to happen.

Harris made a tone deaf “joke” about why he is more popular with men than with women.  A lot of people felt that what he said was not only insensitive but also probably factually inaccurate.

Harris could have apologized.  He could have tried to back up his statement with data.  That would have been a good call since skeptics love data!  Instead, he just doubled down and told everyone who was offended that they were wrong.

Dawkins, on the other hand, has decided to defend his friend Michael Schermer, who has been accused of rape and sexual harassment by several women in the atheist movement.  Now Dawkins has every right to stand up for his friend by saying “I stand by my friend.”

He didn’t do that, though.  Instead, he, proceeds to suggest that women who get drunk kind of deserve to get raped.  Or at least if they are so drunk they don’t remember anything, they probably said “yes.”

Now one thing most atheists agree on is there is no speaker for their point of view.  Dawkins and Harris have sold a lot of books but that doesn’t mean they represent the movement and more than those of us who haven’t sold any.

But holy shit.  The two of them could stop blaming victims or playing victims themselves.  And it wouldn’t hurt if they took a really close look at their allies.  When the Men’s Rights wing of the atheist movement starts backing you, you might want to think very carefully about what you are saying.

I’m at least a little pissed because it appears the ruling was absolutely correct.  From a legal standpoint, the law that was overturned is a bad one.

On the other had, we have a guy who was secretly taking underwater pictures of kids.  He may call his photography “art” and the work of a “harmless eccentric” but it isn’t hard to figure out what those pictures were for and it wasn’t an art exhibition. 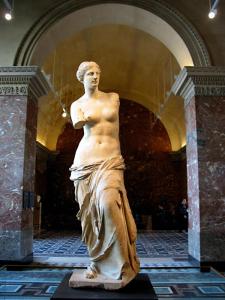 Good luck taking an upskirt picture on this one, buddy!

So this dude (and other “harmless eccentrics”) will be allowed to continue to take unsolicited photos of people.  OK, let’s be honest, mostly women and children.

I’m just a little bit annoyed that this douchebag fought for his rights to invade other peoples’ privacy in the name of “artistic expression.”

I’m also annoyed at the court for calling the law “paternalistic.”  I don’t think there is anything paternalistic about trying to stop assholes from taking pictures of women’s underwear without getting permission from the woman first.

So this guy sees a flag lying around and he decides to use it as a dropcloth.  Now I don’t care because the flag is just a symbol and America ought to be able to handle it.

Others were more upset and the Mayor of the town went as far as to suspend him for two weeks, demand he attend a flag retirement ceremony, and make a public apology.

Holy fuck, people!  Overreact much?  What he did was not illegal.

It was a bit insensitive (to some folks) but it was legal.  How the hell does anyone have the right to deny him income for two weeks because of that?

Edit: technically, he broke the law.  However, the law carries no penalty and the Supreme court has essentially ruled the law is unenforceable.

At times like this, I’m reminded of the words of the sadly fictional President Bartlett.  Is there an epidemic of flag burning of which I’m unaware?

My wife and I have been watching Masterchef Season 5 and this week, they finally crowned Courtney Lapresi the winner.  Not to sound like a genius or anything but we both had her pegged as the winner from very early in the season.  In fact, we got all of the top three correct.  Go us.

More important than her abilities as a chef, however, seems to be the fact that Courtney was an exotic dancer.

The article linked to above, seems completely obsessed with that fact to the point that they believe the competition was fixed because there’s no way a stripper could win a cooking competition. 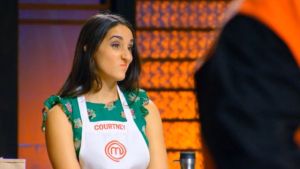 I mean holy shit! Look at her corrupting the youth of America!

Well look here, annoyed person on the internet, are you upset because she can cook better than you or because you have a lot more student loan debt than she does?

I’m not making a judgment call on how she chose to pay for college and neither should you.

Other far more complementary articles all make a point of mentioning that she worked as an exotic dancer.  I guess it is part of her “story” but when her life as a stripper seems way more important than her abilities as a chef, you are writing the wrong story.