That’s right, they had shirts that read “we reserve the right to refuse services to homosexuals.”

I mean, good for them.  They have completely ensured that everyone who sees them will know that they would happily torpedo their best interests as business owners because they are bigoted assholes.

Some the people are kids, of course, so they will only be able to refuse service to homosexuals at lemonade stands.  Or when they are going around the neighborhood offering to mow lawns, they’ll just skip the houses with rainbow flags hanging in front. 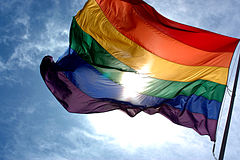 Their attitude amazes me because I can’t understand why anyone would be proud to refuse services to homosexuals.  I don’t have the bible memorized but I’d sure like someone to show me where Jesus told everyone that refusing to sell someone cupcakes makes you closer to god.

Stay classy, people who really fucking hate the fact that homosexuals aren’t going to stay in the closet.  The more T-shirts you print, the more everyone else will see you for what you are and realize they can be better people than you.

Getting Called a Sheep Because I Voted My Conscience

So hey, I’m a liberal who associates closely with the Democratic party on most issues.  I vote primarily Democrat for all sorts of reasons.

And I’m sick of the people who tell me I’m being “duped” into voting for one of the major parties.  I wasn’t duped.  I went in with my eyes wide open.  I have real issues with the Democrats.  I have bigger issues with the Republicans.

I’m not a Libertarian and I don’t agree with Libertarians on a lot of points.  I just don’t find the Independence party appealing because their primary platform is “we aren’t the other guys.”

It’s a decent platform but it isn’t enough for me.

I do my research up and down the ballot so forgive me if I give you the finger when you tell me that I’ve been fooled.  I know how our political system works and I see all the flaws.  Pointing fingers at people and calling them names isn’t going to fix the flaws in the system.  It just makes you an asshole who thinks you are smarter than everyone else.

You aren’t.  If you were, you’d be working to change the system instead of posting memes on Facebook.

So I don’t know much about gang signs.  I know that gang members use their hands to flash certain signs that identify them as members of a friendly (or rival) gang.

Minneapolis Mayor Betsy Hodges was photographed with a former gang member last week and local news station KSTP decided to run with a story that she was flashing a gang sign with the guy.  Here’s the picture: 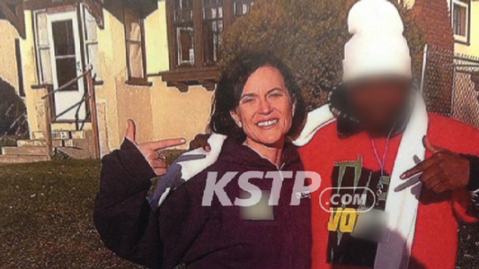 Now to the layman, it might look like they are pointing at each other.  The layman would be wrong!  That’s a gang sign for the Stick up Boys!  Hodges is clearly supporting gang activity by pointing at her companion!

Now let’s step back for a minute and ask ourselves this question: if Hodges were in the same photograph with a white guy, nobody would think about it twice, would they?

The fact this dude is a convicted felon who claims to be trying to get his life back on the right path does’t matter.  He’s a black guy who is using his hands in a way that isn’t just waving hello.

Let’s be honest with ourselves, though.  If he was waving hello, someone would say that was a gang sign too.

New Zealand Church has a Bleach-Based Cure for Ebola

I don’t get it.  You look at this article and you see that this “church” is peddling poison that has a zero percent chance of curing anything.

Unless you consider dying from being poisoned by bleach to be a cure for cancer.  I mean, the cancer didn’t kill you, right?

I don’t know why I’m worried.  It’s probably some stupid fucking homeopathic crap that has the bleach diluted to one part per million or some other bullshit.

Sadly, this looks more like a pyramid scheme than a church.  The head of this church holds $500 a seat seminars in which attendees become members of the church who can sell the same bullshit medicine to other people.

So I don’t get it.  Why doesn’t this kind of obvious scam get shut down immediately?  Because it calls itself a church and as such, we have to respect their beliefs?

I’ll respect their beliefs when they aren’t for sale at $500 a seat.

If you’ve never heard of Brittany Maynard, you should learn about her.  She had terminal brain cancer and last week she opted to end her life before the pain and seizures made her final days an unbearable hell.

It was a reasoned and courageous decision that should be applauded.

But the Vatican took an opportunity to point out that suicide should be condemned.  I wonder if they took the time to condemn the acts of people who leapt out of the World trade center buildings rather than riding them to the ground.

This dude is falling right into HELL!

I get a little tired of the idea that god never gives us more than we can handle.  If that were true, we wouldn’t need to talk about suicide at all because we’d never be given more than we could handle which logically means nobody would ever kill themselves.

The ridiculous statement by the Vatican that they don’t condemn the person but they condemn the act is a perfect example of doublespeak because of course they are condemning the person.  They just don’t want to sound like as much of an asshole when they do it.

This isn’t new but it is a problem I face as a parent all the time.  My kids are notoriously slow eaters.  They are easily distracted at lunch and tend to want to spend their lunch time being social or spending a precious few minutes playing outside.

I understand all the limitations schools face but someone seriously needs to figure out a solution for this one.  Kids should be given 45 minutes for lunch so they don’t have to cram food down their gullets as quickly as possible.