In this case, the Duggars are getting a lot of flack for saying bigoted stuff because the bible says that kind of speech is OK.  Problem is, some folks don’t agree and have started a petition to get their show taken off the air.

So what’s the big deal you ask?  By petitioning TLC (that show is on The Learning Channel?  Really?) to cancel the show, they are attacking the Duggar’s right to free speech! 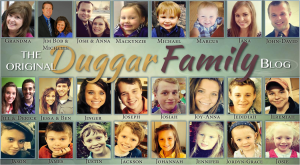 I got this picture off of their family blog where they are regularly prevented from exercising their right to free speech.

I can’t believe we have to go over this again but NO WE ARE NOT!  Having the right to free speech is not the same thing as consequence free speech.  When you say thing that pisses people off, they get to say things back.

It amazes me that conservative Christians claim they are being “silenced” when all that is happening is people are calling them on their bullshit.

In this specific way, Darren Wilson and Michael Brown are the same.  Neither one of them will stand trial.

I don’t know what happened on that street.  Witness accounts are contradictory and Wilson has no reason to incriminate himself.  While he certainly feels he used lethal force appropriately, the fact is an unarmed man is dead and the man who killed him will not be put in front of a judge to answer for his actions.

Because he is a police officer.

Would Wilson be found guilty if he was tried?  Almost certainly not.  But I think he should have had to go through the process.

There are a lot of people who want to argue that this is not about race.  Almost all of those people are white and that suggests to me that it is about race.  When white people are using all sorts of energy to ask why nobody ever riots when an unarmed white person is shot by police, they are failing to see the larger picture and caring only about their own perspective (what about us white folks)?

Instead of lecturing black people about the absence of racism in America, it might be better if we acknowledge there is a problem and look for solutions.

Riots and looting are bad.  I couldn’t agree more.

But let’s get this straight – Protestors protest.

Thousands of people are protesting the Ferguson result.  Dozens of people (maybe) are engaging in violence and theft.

These guys probably just set down their protest signs for a second. They’ll pick ’em back up once the set up their new stereo system.

Is that behavior OK?

However, when you look at a huge group of people and call all of them “thugs” when most of them are not, you are exacerbating the problem.  The people who are looting businesses are taking advantage of a chaotic situation.  They are, most likely, not people who showed up to protest and turned into thieves.   They were already thieves who used the protest as an opportunity.

They are looters.  They are not protestors.

So stop calling them protestors.

Note: the picture used for a comedic aside is not of Ferguson Looters.  No misrepresentation intended.

I’ve made no secret of my utter contempt for blasphemy laws.  They are a gross a use of a court system as anything on Earth because the individual wronged is a fucking deity!

All fucking powerful, guys!  Let the supreme being of the universe mete out some justice for blasphemy if, indeed he actually gives a shit.

Blasphemy laws reflect a pettiness that is completely human and not the least bit divine.  Whether you believe in god or not, you should be able to let go of the notion that god needs you to leap to his aid.  He made the fucking universe.  I would think that he could deal with a little blasphemy if it mattered to him.

These two young ladies we asked to do a project about social justice so they picked a particularly vogue topic and chose to talk about gay rights.  Unfortunately, their school principal pulled the plug on their presentation.

Because it is a Catholic school, you’d think she’d just go for the default position that the Catholic Church is steadfastly against homosexuality.

While still annoying, that excuse was nowhere near as stupid as the one she used.

She felt that conversations about homosexuality were age inappropriate.  Never mind that the two girls in that age group came up with the project on their own.

It is the same bullshit excuse that “One Million” Mom’s uses.  They freak out because kids are learning about Homosexuality “too soon.”

I get it. Teaching kids about a loving relationship is wrong. Teaching them about a horrifically violent death, however, is totally OK.

Maybe if we spent a little more time teaching our kids about love and compassion of all stripes, Ferguson wouldn’t be burning.

We all See What We Want to See

Earlier this week, a driver plowed through a bunch of protestors.  Since then, I’ve watched the debate rage online as to whether or not what he did was OK.

Let’s start with this: I think protestors who block traffic are incredibly stupid.  All that kind of action accomplishes is pissing off drivers who just want to get home/to work/to lunch.  You don’t get support with that kind of behavior.  You get angry drivers.

That doesn’t excuse driving through a crowd of people.

What I’ve seen this week is a puzzling ideological divide between liberals and conservatives.  Conservatives, for the most part, think what this driver did was completely acceptable because the protesters hit his car.  Liberals think what he did was messed up and stupid.

I’m a liberal so you know what I probably believe and you’d be right.  But I’ll tell you that I spent a long time considering my opinion in the light of my own bias.

Why are we so divided as a country that the question of whether or not someone hitting people with a car becomes an ideological divide?

Should they have been in the street?  I don’t think so.  It was dangerous and counter-productive.

Should he have driven through them?

NO!  Let the fucking police do their job and clear the intersection!

What the fuck is wrong with this country?

Ted Cruz Arrived at his Position on Net Neutrality Through Prayer

Are we sure he didn’t arrive at that position simply because Obama is for Net Neutrality and, as a Republican, Cruz is damn near legally obligated to oppose anything the President supports? 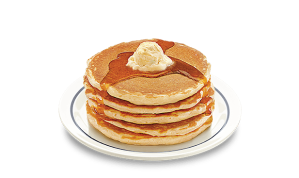 The idea that god has any skin in the Net Neutrality game is ridiculous.

What Cruz is probably trying to do is get conservative Christians to oppose net neutrality on religious grounds.  Even though they don’t need any help.  They probably already oppose it because Obama is for it.