Thanks to Michelle Duggar, Fayetteville Arkansas is That Much Less Safe for the GLBT Community

Duggar, who thinks her rights to free speech are being infringed every time someone disagrees with her, characterized transgender women as “males with past child predator convictions that claim they are female to have a legal right to enter private areas that are reserved for women and girls.”

And her fear mongering worked as Fayetteville voters overturned an ordinance meant to protect those dudes with past child predator convictions who, in fact, don’t have any convictions for being child predators. 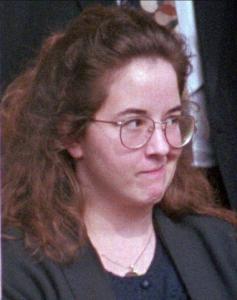 This is Susan Smith. She murdered her children. Since she is not a convicted predator, I presume Michelle Duggar would not have an issue if Smith shared a bathroom with her daughters.

Fuck you transgender people!  Michelle Duggar is uncomfortable with the idea that one of you might be peeing in the stall next to her so she made up some shit about you being a pedophile.

Let’s be fair, though.  She didn’t make that shit up. Someone else did.  She just affixed her name to it because, apparently, she agreed.

Man, I hope one of her kids is gay or transgender.  She needs to hate someone close to her so she can truly understand what kind of person she is.

Geenpeace Decides to Make a Statement By Damaging the Nazca Lines

They may not have damaged the Nazca lines but the fact is they could have.

Sympathetic as I am to the cause Greenpeace represents, they have a history of failing to give a shit about the consequences of their actions.  Since the Nazca lines were created by humans, perhaps they don’t give a shit about damage they can cause with their yellow plastic protest.

How’s that for an environmentally conscious organization?

Nobody gives a crap about their environmental activism now, though.  This isn’t civil disobedience, it’s vandalism.

As a parent, I want to believe that I know what is best for my children.

If I were a Jehovah’s Witness and I believed such a thing, I would be unquestionably wrong.  In many part of the United States, I’d be able to let my child die rather than allowing him to receive life saving medical treatment because God. 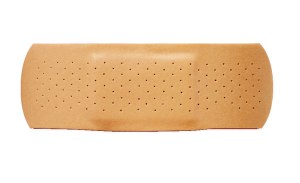 If god had created band-aids on the sixth day, would you let your kids have a fucking blood transfusion?

Such idiotic “protections” of parental religious freedom apparently don’t apply in England so that’s great.  It doesn’t piss me off.

What pisses me off is the parents out there who would rather let a child die than admit their religious ideology is pretty fucked up.

Is my headline too simplistic?  Of course it is.  Jindal is also likely to blame Obama, the welfare state, and Nancy Pelosi.  The gays can’t do it alone, you understand.

What puzzles me about the mindset of the religious right is the fact they are completely gung-ho about blaming bad weather on homosexuals or the moral decline of society but when they have thousands of scientists using data to suggest that the weather might be cased by fossil fuels, they shout “liberal bias!”

He may be right.  He knows the document verbatim and I do not. 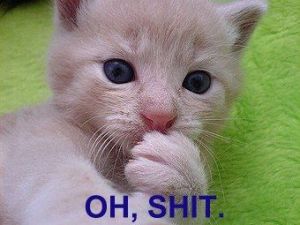 If Scalia thinks this way, we can bet at least two other justices think this way.

Both groups believe the constitution supports their point of view.  And both groups have members of the Supreme Court who agree with them.

So it seems fair to assume that should the question of torture arise, Scalia would already be pre-disposed to assume that torture is not cruel and unusual punishment.

Does that bother anyone else?  Because it scares the fuck out of me.

So first off…rape is never OK.  There is literally no justification you can use to justify the rape of another human being.

But wait a minute!  What if there was a wizard and he gave you a choice and one of those choices was rape and the other choice was a whole lot worse than rape?

That is the scenario posited on the Skepchick Facebook page this week.  By a man who desperately needs to find some way to justify rape.

Why does he have to go for a wizard?  Why not just bluntly ask what he is probably thinking?

Why didn’t he just say:

“What if you were dating this girl and she turned out to be a complete bitch who slept with your best friend and kept your engagement ring and stole your dog?  If you knew that raping her would make her feel as awful as she made you feel, wouldn’t it be OK then?”

Fuck no you monstrous asshole!

But thanks for being honest!

Bill was a great guy.  He was a really gifted comedian.

He was, in a word, charming.

We weren’t best of friends and there are a whole lot of people who knew him better than I did.

But I liked him.  I thought he was funny as hell.  And I’m never going to watch him tell jokes again.

That really sucks, you know?