Creflo Dollar – which I confess is the best name for a pastor ever – needs a new private jet so he can fly around the world bringing the good word to people who can’t afford proper nutrition.

He just needs 200,000 people to reach into their pockets and give 300 dollars apiece.  When you put it that way, it doesn’t sound like quite so much money. I mean, you’re really just giving it to god.  Through an intermediary, sure, but Dollar will make sure every cent gets to god.

He might use a few thousand dollars to pay his gardener but other than that, all the money goes to god.

What Dollar is doing is using god to justify his lavish lifestyle and getting the faithful to foot the bill.

Do we all think Dollar will use that new airplane exclusively for spreading the gospel or do we think it might get used for a family vacation or two?

Look, I was a teenaged boy once.  Skin tight super hero costumes may not have been realistic but they sure were easy on the eyes.

So I understand that some folks might object to wonder woman wearing clothing that doesn’t show off enough of her boobs.  By “understand,” I mean “I get that your libido is challenged by a woman wearing practical clothing.”

We’ll skip right by the idea that a woman doesn’t need to show cleavage to be attractive.  Why can’t we just settle in on the idea that what most female heroes were wearing just wasn’t practical?

While I understand being hot should not be Wonder Woman’s #1 feature, I don’t understand why anyone would think this look is not hot.

I guess if your characters are doing all sorts of other things that defy the laws of physics, it makes sense their boobs would too.

Patton Oswalt Thinks Atheists Should Stop Being so Rude

Specifically, Oswalt, who is an atheist, thinks folks like Richard Dawkins and Bill Maher are just out of hand.

Me, I think Dawkins has shown himself to be a misogynist and Maher is an Anti-vaxxer.  So I’m not inclined to defend either one of them against Oswalt’s critique.

The thing is, there seems to be this idea that whenever an atheist says “I don’t think Religion works,” or “I would like all religion out of politics,” they are being an asshole.

I mean, I suppose it sucks if I say “look – I think Religion is fundamentally flawed because people can use it to justify all sorts of shitty behavior” but it is not an asshole move to attack an idea.

Nobody thinks I’m an asshole when I say “I believe the evidence shows that trickle down economics doesn’t work.”  They may think I’m wrong but I’m not an asshole.  I’m critiquing an idea.

If I say “I believe the evidence shows that the Judeo Christian god does not exist,” I’m a douche.  So much of a douche that other atheists tell me I should just back off.

Religion is an idea and it can be debated.  Those who choose to debate the idea without vilifying the people who accept that idea are not assholes.

I’ll totally vilify Creflo Dollar, though.  He seems like a total jackass.

This bullshit happens all the time and neither party gets a kewpie doll for being the good guy.

It goes like this – McConnell wants a bill passed but the Democrats don’t like it because of some abortion provisions that are probably draconian but who gives a shit because that isn’t even the point. 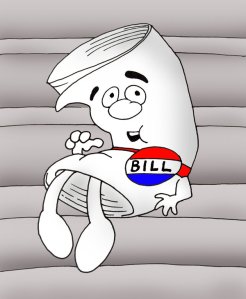 I’m not just a bill, I’m a political bargaining chip!

So McConnell says “hey – I know we need an Attorney General and I know Obama’s nominee will float through but we just don’t have time to get to that until we pass this other bill.”

I’ve been to the Senate chambers and this statement is bullshit.  You know what goes on in there most of the time?

Most of the time, there is one Senator reading off their objection/support of a bill while the rest of them aren’t even there.

They have time to confirm Loretta Lynch.  That isn’t the problem.  They just want something else and they are using her as an excuse to get that thing done.

Memo to Washington: do you know what 100% of Americans want you to do? Your fucking job.

Actually, once folks found out about what was going on, the church relented and said they are removing the system.  I don’t understand why it was there in the first place.

San Francisco has a lot of homeless people.  I don’t know if it is more than other cities but they certainly seem to be more visible.  Maybe it’s just because your average rent in the city costs more than most couples can earn in a decade.

So the church had homeless people sleeping in the doorway and they decided to install a system that dumped gallons of water in the entrance several times a night.

There are all sorts of health reasons to encourage people to sleep elsewhere and while I feel like a church should spend a little more time aiding the poor rather than drenching them, I will accept that their motives weren’t intentionally malicious.

But holy shit – there is a water shortage in California!  Given people aren’t supposed to be watering their lawns, where did this church get off thinking it was a good idea to water their homeless?

The thing about open carry advocate is that they don’t seem to want to stop at carrying guns out in the open.  They really want to use them.

While the leaders of Open Carry Texas have advocated armed resistance to authority, they have a problem when the Huey H.P. Newton Gun Club walked through Austin shouting “Death to Pigs.” 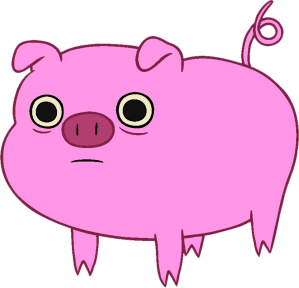 I’m sorry, Mr. Pig. If you don’t die, none of us will have the opportunity to enjoy your delicious bacon!

I have a problem with it as well.

So Open Carry Texas has made it clear that the Gun Club folks would get shot if the two groups ever met up.

Because while they may agree that the cops are the enemy and they all need automatic weapons on their person at all times in order to feel safe, they still aren’t on the same side.

This Video by Anita Sarkeesian

I’m reticent to bring up Sarkeesian because even friends who agree with me on a lot of things don’t like her.  I’ve seen lengthy arguments about her criticisms of the gaming industry and of how women are portrayed in video games.

And I admit that what bothers me about all of these criticisms is they almost all turn into attacks on her.  Sure, most of them start by questioning her analysis which is an idea and is not above criticism.

Then they turn into a criticism of her.

And these are people who agree with her basic thesis about women in video games.

So then I watch a video where she talks about what she puts up with on a daily basis and I don’t want to be part of the problem.  I don’t want to provide another way for people to attack her and not her ideas.

I think it is OK to debate ideas.  To tell Sarkeesian she is wrong.

The thing is, all the fuckwits who are attacking and harassing and threatening her are making it impossible to talk about the ideas.

Then There is This Blog Post by Stephanie Zvan

Stephanie is a friend of mine and has frequently written about harassment in the Science Fiction community.

Which is a real thing.

One of those open secrets was the fact that Issac Asimov was a bit of a perv who regularly harassed women at conventions.  This, my friends, was not OK.

However, Stephanie heard from one woman who had her butt pinched by Asimov and, apparently, didn’t mind.  OK.  Fine.  She didn’t mind.

Because she didn’t mind, however, she thinks anyone who did mind is weak.

Which is bullshit.  She doesn’t have the right to speak for every woman who was harassed by Asimov just because she thought his uninvited attention was cute.

And what does she do? She attacks the women who didn’t think it was cute.

Holy fuck.  How can anyone look at all of this and think “yes – this is how it is supposed to work.  Women who stand up refuse to just fucking take it are weak?”

I think I need to be where people are not.