Atheists put up a Billboard and After Five Days, It Gets Taken Down

Apparently, the owner of the lot where the billboard was posted told the advertising company that they needed to remove the ad or remove the billboard.  I would seem Jesus was threatened by the following sign:

Holy fuck!  They were telling people who didn’t believe in god that they might not be the only ones!  How offensive!

Let’s turn this around for a moment.  Had a billboard read “Believe in god? You’re not alone,” would anyone have complained that the message was offensive?  Had an atheist owned the land where that billboard was posted, would they have demanded it be removed?

Of course not.  But if you don’t believe in god and you tell people about it, that’s offensive.  You are attacking their faith!

Except you aren’t.  You aren’t saying “aren’t people who believe in god stupid???”

Because you don’t think that.  Unless we are talking about the dude who bitched about this sign.  I think he’s kind of stupid.

I’m going to admit my bias here and say preservation of natural lands is, in my opinion, the best idea human beings have ever had.  Ever.

Forget indoor plumbing and modern medicine and cheesecake. All three are in the top ten.

Preservation of national lands is such a good idea we shouldn’t be the least bit surprised that there are so many people trying their damnedest to do away with it.

National Parks like the Grand Canyon are safe. But the problem with national forests, you see, is they are full of trees.  Trees are lovely and all but they are worth much more as wood.  Unfortunately, a lot of states would rather get money for wood than appreciate the trees.

Caribou or oil?  Do we protect the caribou or do we drill for oil?

I know humans need oil and don’t particularly need caribou.  That need means a lot of us don’t give a fuck about caribou.

And it protects the caribou.  Because the oil companies don’t need any fucking protection.

Douchebags Turn the Hillary Clinton Logo Into The Twin Towers

I understand that conservatives hate Hillary.  We are all comfortable with that. Liberals hate Ted Cruz so our political landscape is balanced.

But to take her campaign logo and combine it with an image of an airplane flying into the World Trade center? And be proud of it?

That takes a special kind of hate.

See the two bars already look like a couple of towers. Just add a plane and some smoke and BOOM! You have a really offensive joke!

Also a special kind of ignorance because the twin towers were destroyed on George W Bush’s watch.  I mean, shouldn’t they have done some sort of logo alteration that reminded people of Benghazi? Because I thought hating Hillary was mostly about Benghazi.

Oh she’s also old and a woman.  They could make fun of her for that but it would make them look insensitive.

Walmart Pharmacist Refuses to fill a Miscarriage Prescription Because God

I have a huge problem with the idea a pharmacist can refuse a woman medication because they don’t agree with her personal choices.  I would guess that some pharmacists might go so far as to refuse a guy Viagra but let’s be fair here – this is about women’s access to medication.  Nobody gives a fuck what kind of medicine guys want.

In this case, a pharmacist refused to fill a medically necessary prescription because they made assumptions about why the medication was needed.

It is none of their fucking business!

There is an entitlement attitude in the conscience clause laws that make it legal for pharmacists to refuse this kind of service.  Essentially, there are people who want to do a particular job to the best of their ability.  Until they don’t.

And when they don’t want to do that job, they want it to be legally justified.

But only for medications they give to women.  Because seriously – nobody gives a fuck about what kind of medication guys want.

I actually think Target is being very understanding in this instance. They have employees who have a problem and they worked with those employees to come up with a solution.  Good for them.

So I’m going to be the intolerant one.  Because I don’t honestly understand what kind of God would send someone to hell for ringing up a pound of bacon.

Touch the bacon and GO TO HELL!

It doesn’t make any sense!

It takes your spiritual belief to a ridiculous extreme.  Just scan the bar code on the pork chop and assume god understands you have a job to do.

The twitter stream is actually very funny as she publicly rolls her eyes at the ridiculous claims made by the abstinence educators.

As happens from time to time in the internet era, her tweets have gone viral and a lot of people have been outraged.  Some are outraged because of the amount of fear mongering and bad information being thrown about a high school classroom.

Some are outraged because she swore in front of the students after the class (an offense that got her banned from the school.)

Some are outraged because she said anything at all.  An opinion piece in the Lansing Journal takes her to the mat for stating her opinion in a public forum.

Here’s the outrageous thing: telling kids abstinence is the one way to ensure you don’t get pregnant is fair.  Birth control does sometimes fail.  Not very often but sometimes.  And teenagers are fertile.

But teenagers are going to have sex anyway.  So if you are going to tell them about abstinence, that’s great.  They should absolutely be aware of that option. Don’t do it with bullshit, though.  Because that’s dishonest.

The reason this woman was outraged was because the people spouting abstinence were also spouting bullshit.  How about telling the truth and letting the kids make their own decisions?

Christian Auto Mechanic Publicly Announces He Will Discriminate Against Gays

He even went so far as to suggest he would sabotage the cars of people who supported homosexuals.

He denies that he is angling for that sweet sweet cash that could await him should a GoFundMe campaign start up.  He’s probably telling the truth.  He wasn’t thinking about money when he posted his hateful screed on Facebook. He was thinking about how much he hated homosexuals.

Maybe he has enough business that he doesn’t need to fix the cars of gay people.  I can understand that.  He can afford to provide discounts to gun owners so I imagine the business is doing just fine. 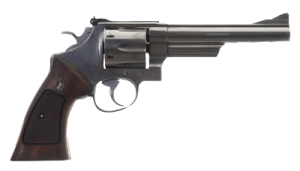 But what if an openly gay person walked into his shop with a gun? Dilemma!

This is a sign of the culture war right now.  Business owners feel it is their Christian duty to refuse service to homosexuals.

To me, it looks like a childish response to the legalization of same-sex marriage.

“Gay people can get married?” They whine.  “Well fine!  I’m going to take my auto shop and go home!”

“That’s show those gay people what assholes they are for wanting to be happy!”

Seriously, pal.  You already think those gay folks are going to burn in hell for eternity.  Couldn’t you just fix their goddamn car?

As a non drinker, I have absolutely no problem with liquor stores being closed on Sundays.  It is simply another day of the week during which I don’t buy liquor.

However, it would seem that the majority of Minnesota residents would really like to be able to buy booze on Sundays.  The majority, that is, of residents who have not been elected to the Minnesota Senate.

So when you are elected to represent the public and you continually fail to represent that public, what is going on?  This isn’t a partisan problem (thank goodness) as there are Republicans and Democrats on both sides of the issue.

What I fail to understand is why there are two equal sides to the issue.  Some liquor stores don’t want to be open on Sundays because they feel they would increase overhead without increasing sales.  People would simply buy their booze on a Sunday rather than loading up on Saturday night.

OK.  So don’t open your store on Sunday.  That’s your call!  Someone else will decide they want to be open on Sunday and that’s their call!

One of my favorite restaurants is closed on Mondays.  I frequently forget and show up at their door on Monday.

It annoys me.  But I go back because I like their food more than I dislike the fact they are closed on Mondays.

If I had a favorite liquor store, I would shop there even if it chose to be closed on Sundays.

But here’s some good news!  The bill may not allow liquor stores to sell on Sundays but it does allow bars to start selling booze at 8:00 AM on Sundays!

So you can get booze on a Sunday.  You just have to go to a bar. Or church.