The Superior hiking trail is getting a permanent detour because some hikers seem to think that signs saying “no camping” and “private property” mean “camp here any time you want!” 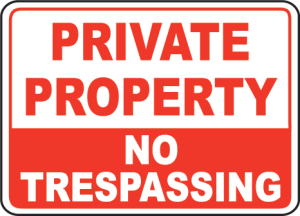 While I’ve never hiked the superior trail and I probably never will, I’m still annoyed that a bunch of jackass hikers made things so difficult for the landowner that he decided to kick the trail off of his property.  I could wish the guy would have been willing to deal with the issues but since the land belongs to him, he gets to decide when he’s had enough.

Age of Ultron opened this week.  You might have heard about it.  It was in all the papers.

One of the most prominent characters in the film is Black Widow.  She’s pretty awesome and judging by fan reaction, quite popular.

You wouldn’t think that to look at the line of merchandise Marvel has cooked up for the film.  Black Widow is featured on exactly three of sixty official items.  They even decided to put Captain America on the motorcycle she rides in the film.

Look, I know that Disney figures they have the whole “toys for little girls” market flooded with the twelve million Frozen products they currently have available but someone needs to get it through their heads that girls like super heroes.  Not only do girls like super heroes but they would like one or two super hero toys that look like them.

Speaking of Different Standards for Girls, How about the Five Year Old in Houston Who Was Forced to Put on Pants?

There are times when I’m grateful that I have boys.  All I have to do is teach them that this double standard women face is fucked up.  I don’t have to teach them how to live with it.

A father sent his five-year old daughter to school in a floor length dress that exposed her shoulders and she came home in a T-shirt and pants. 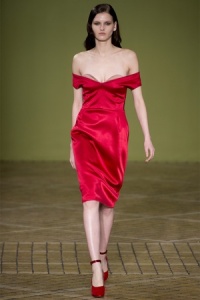 I don’t care what her father says. The kid was probably dressed like this and all the five-year old boys had stopped playing with their Thor action figures because they couldn’t stop staring at her.  Or maybe because they were looking for a Black Widow action figure and couldn’t find one…

Would the same thing have happened to a five-year old boy wearing a sleeveless T-shirt?

The girl’s father points out that school dress codes almost universally apply to young women.  They are all about making sure those young women cover up their bodies.  Young men, by contrast, are told that their bodies are completely fine.

And this is happening in kindergarten.

But please, tell me again how feminists are being too sensitive.

Speaking of Shaming Women for Their Bodies, How About This Video by a Fitness Blogger?

Cassey Ho is in really great shape.  It’s kind of her job.  And yet even she gets told she is fat.

Because people are assholes.

So she made a video in which she basically turns her body into the body these shallow, jackass tweeters seem to think would be perfect.

They don’t get to expose their shoulders.

The jackasses telling Cassy Ho she is too fat are just doing it because they are assholes.

While America has Tons of Advice for Baltimore

Here’s what I know for sure: as a white man of moderate means, I have absolutely no idea what it is like to be black or poor in America.  My life has completely failed to prepare me to understand theirs.

So if I go online and start lecturing people about how they should respond to yet another unarmed black man who died in police custody, I am speaking from a position of total ignorance.

If I post a meme telling people Freddie Gray had a criminal record, I’m not adding to the conversation.  So what?

A lot of black men have criminal records.  Does that mean they should be getting killed by police on an all too regular basis?

Does that mean we should freak out at the idea there are bad cops and, more than likely, the system producing cops is flawed?

Does that mean that black people in America should just chill out about it? 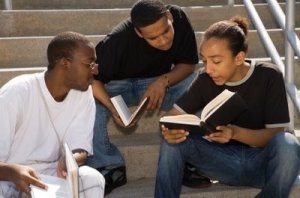 Black people should just read about Martin Luther King some more. He knew how to make white people understand their problems!

Does that mean that we should condescendingly remind them that all lives matter as if they don’t fucking know that already?

Does that mean that our President, who is black, should be condescendingly chastised by every member of the opposing party every time he makes a statement about being black in America when it is something about which he knows a lot more than they do?

Hey white America, here’s a thought:  shut up and listen.

As one might expect, the result of the call was…nothing.

Because it isn’t illegal to give away a book.  Seriously, though, the book was banned because it was written for young adults and it talks about sex in a way that doesn’t shame kids into thinking their every sexual urge is filthy so that ought to count for something, right?  Giving it away should, at least, be kind of illegal, shouldn’t it?

I have this crazy idea that sex would be a lot less scary if we didn’t spend so much time being afraid to talk to teenagers about it.

It certainly would be less scary if we stopped thinking the distribution of literature is subversive.

Nobody expected The Blaze to come out in support of Jenner’s public admission he (soon to be she) is transgender.  I think it takes a special kind of jerk, though, to write an article saying that Jenner is sick and delusional.

It feels a little bit like the serpent eating its own tail.  Jenner is a Christian and a conservative so when a Christian, conservative web site won’t even support him, it belies a fundamental problem with the conservative movement. 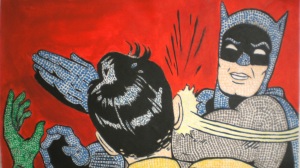 No we are NOT going to use this as an opportunity to reach out to conservative members of the trans community!

I don’t have a lot of transgender friends but the number is more than zero and it is growing as society spends a little bit of time trying to understand trans people instead of simply pretending they don’t exist.  Or, in the cast of Jenner, making them the punchline of a series of jokes.  When I read an article like this one, it makes me sad because these people are putting their interpretation of god before compassion.

Does it matter to Jenner what this guy thinks?  Probably not any more.  But at one point, this guy’s attitude and the attitude of many others stopped Jenner from making a decision that would have made him a whole lot happier.

But look, Republican party.  There are members of the GLBT community that agree with you on most issues but you just keep pushing them away because you figure they will keep coming back.  At some point, they won’t.  You could try pushing the Christian right away instead.  You think they will suddenly start voting for Democrats?

Edit: To clarify – I identified Jenner as a “he” because in the Dianne Sawyer interview, that was how he was still choosing to be identified.  I’m aware pronouns are important to transgender individuals and made the choice based entirely on my perception of how Jenner seems to want to be identified at this moment in time.  There was absolutely no disrespect intended.  Rather, I was trying to be accurate.