In Spite of the Insistence of Several Texans, the Pentagon is Not Taking over Texas

The US is engaging in some military exercises in the state of Texas (and several other southern states).  I presume the military does this sort of thing all the time.  Sometimes they do it in Texas.

I also presume if they did this sort of maneuver under President Bush (either one), nobody in Texas gave a shit.  Maybe a few whackadoodle liberals but nobody else. 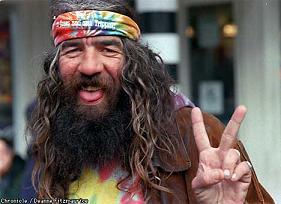 The conservatives don’t have to stage a coup to take over Texas, pal. They’ve already won. You should move.

This whole thing probably started with some whackadoodle conservatives (like Chuck Norris).  But it rapidly moved up the chain to Ted Cruz and Texas Governor Greg Abbott.  Abbott has ordered Texas State Guard troops to “monitor” the exercises.  I assume this is because Obama has exhibited a pattern of trying to take over conservative states by force during his first six years in office.

The political saber rattling to appease the stupid, paranoid wing of the Republican party is just dumb.

Tragically, though, the biggest issue is this: Obama isn’t actually trying to take over Texas!  Those folks in Austin can’t hold out forever!

So some sort of misdemeanor charge for public lewdness seems appropriate.

Fifteen years in prison, however, seems a bit excessive.  They are also going to spend the rest of their lives as registered sex offenders.

I saw Age of Ultron and enjoyed it.  There were some aspects of Black Widow’s character that bugged me a little bit.  I didn’t feel her character had been destroyed but there were moments where I felt better choices could have been made.

A few feminist writers took greater issue and blogged about it.  Interpretation of art is, I hope we will all agree, a completely valid thing to do.

Other folks, who live at the intersection of “feminist” and “asshole” decided to call Joss Whedon a fucking misogynist and make death threats on Twitter.

Whedon quit Twitter.  In his own words, he didn’t quit Twitter because of the harassing tweets, he did it because Twitter took up too much of his time.

But that narrative isn’t as interesting.  LET’S BLAME THE FEMINISTS!!

Did you crazy fuckers even listen to what I just said???

Why don’t we accept what Joss is saying at face value?

Oh, that’s right. Because that doesn’t fit the “feminists are ruining the internet for everyone” narrative.

I’m just going to say this once: everyone is ruining the internet for everyone.

What bothers me is not the attitude displayed.  Anyone who knows anything about the movie business is aware of how it works.  The reason there aren’t any movies about female super heroes is because nobody in charge believes the movies will make money.

What is stupid is the proof used in the e-mail. The movies used as examples are Supergirl, Catwoman and Elektra.

Observation #1: all three of the movies mentioned were shitty.  They weren’t “kind of bad.”  They were laugh-out-loud awful.

Observation #3: Elektra was a sequel to a bad movie that didn’t make any money.  Anyone with a brain should have known that movie was going to flop. It could have won the fucking Oscar and nobody would have gone to see it.

In the end, all of these excuses are just that: excuses.  Studios are afraid to make a movie about a female super-hero because they don’t want to risk blockbuster capital on something that might do well.  They want to be sure.

And they won’t be sure until they make a good movie about a female super-hero.

So the natural response to that conundrum is to do nothing.

In other words, if a guy gets a woman pregnant, he should have the right to force her to carry the baby to term, even if she doesn’t want to.

In conversations surrounding this topic, I’ve been told that if men don’t get a say in a woman’s pregnancy, they are just sperm donors.  It is sooooo unfair that a guy may have to take responsibility for a living child but he doesn’t get to tell a woman what to do with her body during her pregnancy.  The baby is, genetically, 50% his, right?

Carrying the baby to term is 100% the job of the woman who is pregnant.  The guy often (but not always) supports her in this process but if she had to do it alone, she would, right?  I mean, single women get pregnant and have kids all the time, right? Women married to servicemen overseas may spend the entire pregnancy alone.  Or they may even be caring for other children at the same time.  Women navigate the nine months of pregnancy on their own all the time.

Look at how much he is contributing right now!

I’m not so insecure in my manhood to admit that my contribution to that process is insignificant in relation to the contribution by the woman I have impregnated.

So shouldn’t the decision be up to her?

A third grade teacher gave Bibles to the kids in her class.  That is unconstitutional.  Clear cut case of “don’t do that.”

One mom complained because you can’t do that.  You can’t promote religion in the classroom.  Her case would have been just as valid had it been the Koran or the Bhagavad Gita.

But it was the Bible.  And you just don’t fuck with the Bible.  Even though those kids could get a free copy of the Bible in any hotel (the Gideons want you to take them), Christian parents were outraged that their kids couldn’t get one in school.

So outraged, they engaged in a Christian campaign of threats and harassment that forced the mother to send her child to a different school.