I haven’t seen the film yet.  I’m very much looking forward to the film and I have to admit, the fact a bunch of Men’s Rights jackasses are upset about the film makes me want to buy two tickets just to piss them off a little bit more.

The basic issue seems to be the idea the film has a woman who is, apparently, pretty badass.  This, apparently, takes away from the badassness of Max because a dude cannot be badass if there is a badass woman around.

Here’s Arnold Schwarzenegger from Terminator 2. The one with the bad ass version of Sarah Connor. See how emasculated he looks?

I can see how this would ruin a movie for someone who has no interest in anything more than watching dudes blow stuff up.

Should that be their primary interest, I think they would be happier with the Expendables franchise.  Or the Die Hard franchise.  Or any number of other films that are all about dudes blowing shit up.

What I really want to do is buy an extra ticket and send it to one of these guys. Then I can tell them their boycott of the film failed because I bought a ticket for them.

Abby Martin seems like someone who is out to create controversy and attention.  Wearing a top that says “Fuck Chris Kyle” isn’t the sort of thing people do unless they are interested in pissing people off.

Thing is, people are calling her treasonous (because they don’t understand the word “treason”) and they are releasing her personal information and making death threats.  Given these threats are coming from members of sniper forums, they are kind of serious.

Nobody invites or deserves that kind of attention.

Also, does it frighten anyone else that a bunch of people obsessed with snipers don’t understand what treason actually is?

The headline in the article says it is due to “religious beliefs” and that is sort of true.  The guy is Jewish and he was served Clamato (which is clams mixed with tomato juice) and he was told it was just tomato juice.

I could find nothing in the article suggesting he is using religious freedom as his defense.  Except the headline.

So here’s what pisses me off.

One: don’t fucking shoot people.  I don’t know this dude but if he is going to shoot someone over clam juice, he has a problem that regular tomato juice isn’t going to fix.

Two: the guy isn’t trying to defend himself by claiming religious freedom.  At least not yet.  So the headline is bullshit.

Three: Clamato is not tomato juice.  People have allergies.  Someone could have died.

How about some V8?

Four: the headline is bullshit!  There is enough real stuff happening in the name of “religious freedom!”  We don’t need to make any of it up!

I think this comes under the heading of “smaller government through bizarre regulation.”

Seems some cattle ranchers in Wyoming are upset by private citizens gathering evidence that they are polluting water supplies.  Given that a lot of this gathering is done by people who trespass on their land, I guess they have a point.  I mean, you could gather evidence further downstream.  Say on federal land.

Except now you can’t.

That’s the weird thing about this law.  If they want to make the punishment more severe for trespassing, they could do that.  Instead, they seem to be saying “we don’t really want to know if anyone is polluting the water supply.  In fact, we care so little, we are actively going to discourage the act of looking for evidence.”

One of the things I do when I’m in National Parks is pick up garbage.  It pisses me off when someone drops a cigarette butt in a river.

If they do it in Wyoming, though, I couldn’t make a video that shows them doing it, I guess.  Well, I could.  But they wouldn’t get a fine for littering.  I’d get a fine for pointing it out.

So maybe Tom Brady knew about some footballs being deflated and maybe he didn’t.  I honestly don’t give a shit.

However, it’s an integrity of the game issue and so he is given a four game suspension.  A suspension, mind you, he will probably never serve because it will be overturned on appeal.  All based on a report that carefully says Brady “probably” knew about the wrongdoing.

Last year, the NFL suspended Ray Rice for two games when they knew he had beat up his fiancee.

Which sends the very clear message that they care more about the sport than they do about the players or the fans. 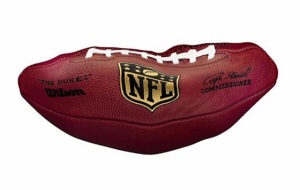 You can totally beat the football up, Tom. Just don’t deflate it.

I mean we all knew that anyway, right?  We all knew that their “tough” stance on domestic violence is not about protecting vulnerable people and showing these millionaire players what it means to be responsible.  It is about making the public believe that the NFL cares just enough.

Just enough so people will keep buying jerseys and watching games on Sunday.

Blasphemy laws will always piss me off.  The idea that some poor widdle religion can get its feelings hurt to the point that some teenager needs to be convicted of a crime is simply a ridiculous notion.

Here’s a test for you: go to St. Peter’s Basilica in Vatican city and shout “you represent a stupid religion”  Do it a few times if you like.  I’d suggest doing it in the square outside.

See if you hurt Catholicism’s feelings.

If you hurt god’s feelings (not bloody likely), god can get even.  He can make you sterile or have a bird poop on you or tie your shoelaces together.

Catholicism, however, doesn’t have any feelings to hurt.

Catholics do, of course.  But they, like the rest of us, need to accept that everyone says mean things and they don’t get a special law to protect them just because they are Catholics.

Please note I’m using Catholicism as an example.  I’m quite certain that Islam, Mormonism, Judaism and all other isms are equally immune to hurt feelings.