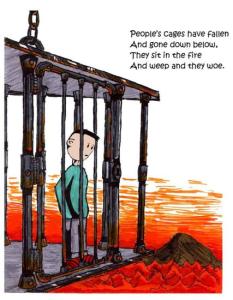 While they are still behind nationally, Texas raised the bar this week!  At 67, Lester Bower was the oldest man ever executed in the state!  They have a ways to go to set the national record, though, Alabama executed a 74-year-old.

I don’t know if Bower actually committed the crime for which he was killed.  He denied it right up until his death.

If I were a Governor, that would be reason enough for me to stay an execution.  I realize I’m a softy on this, but if there was any doubt in my mind, I couldn’t let someone die.

That, along with my support for abortion rights and the number of times I say “fuck” in public, is probably why I will never be Governor of Texas.

Mike Huckabee, who might be a great guy in person but seems like a major asshole in public, used the occasion of Caitlyn Jenner’s official coming out to joke about how he wished he could have identified as a girl in high school.  Because then he could have showered with girls.

The veiled implication that transgender people are perverts is right in line with Huckabee’s opinion on homosexuals.  I’m not sure how that works with Jenner, who has admitted she is still attracted to girls.  That would make her a lesbian and I’d be curious to know if Huckabee considers that better or worse.

FOX news also managed to make fun of Jenner, though their remarks were more insensitive. Huckabee’s statement was genuinely mean.

In the meantime, a whole bunch of other folks (mostly conservative) are upset because Jenner won the Arthur Ashe Courage award when there are some disabled vet athletes who deserve it more.  Because there is clearly nothing courageous about coming out as a transgender person when the likely result is people like Huckabee making fun of you, organizations like FOX that will laugh at you and people who will spend all of their time finding someone else who is “better” or “more deserving” than you.

There’s also a petition to strip Jenner of her gold medal because transphobia.

Huckabee and FOX don’t seem to understand (or care) that Jenner is also out as a Republican.  I’m sure that Huckabee would be happy to have Jenner’s vote even as he makes more jokes about her identity.  His party is a big tent that can even include people they don’t wish to acknowledge.

She was told that couldn’t have the unopened can because it could be used as a weapon.  I mean sure.  So can an iPad.   I guess they assume terrorists would be more attached to their iPads than they would to their cans of soda.

If that were the issue, though, it seems odd the flight attended fulfilled the same request for someone else who wasn’t wearing a head scarf.  When she protested, another passenger was extremely understanding and told her to shut the fuck up. 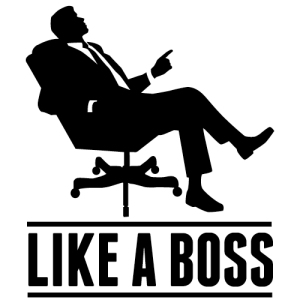 I assume he was an insensitive prick because he had relatives who died in the Twin Towers on 9/11.  His grief is still so raw he has no way to deal with seeing a muslim as anything but an avatar for the people who killed his family.  It’s tragic really.

Because nobody would hate Muslims just for being Muslims…

I forgot to put this one in last week.  Sorry.

Apparently, the school principal decided that it would be unfair if they simply found a way to subsidize the kids whose parents couldn’t afford to pay for the cost of renting a bouncy castle.  The compassionate solution was to herd them into the auditorium where they could watch a movie.

This, my friends, is bouncy castle profiteering!

Let’s be honest, though.  If they’d let those kids go, at least some of the parents who paid would complain that their children didn’t get any “hand outs.”  It’s the Kobayashi Maru scenario of school administration.

Except it isn’t.  I’d tell the whiny parents to fuck off and remember that some of these kids who couldn’t afford $10 are regularly skipping meals because their parents can’t afford food either.  Letting them play in a bouncy castle for 45 minutes seems pretty fucking fair to me.

To be accurate, she isn’t 17 now.  She was 17 with the officer had her arrested for the crime of finding him obnoxious.

The police department settled with her because, I assume, they weren’t interested in looking like bigger assholes during a trial.  The cop in question is still an asshole, still on the force, and has faced no disciplinary actions for his behavior.

See, I completely understand that not all cops are bad.  What doesn’t make sense to me is the fact so little seems to be done to get rid of the bad ones.

China is Going to the Moon!

We knew this already but doesn’t it piss anyone off that Americans were on the moon in the sixties and it has taken this long for anyone to go back?

China, Japan, Russia, Germany, The United States and many other countries have had the money to do it.  But I guess we all needed more tanks.

Fuck the moon. I’ve got a tank.

Look, folks.  We can’t find a monolith without a moon base.  Nor can we play real life Moon Rover.  Let’s make this shit happen.