I could mention a lot of things that piss me off about the latest mass shooting in Charleston.

I’m pissed that in spite of the fact the killer is a self admitted racist, there are lots of people who insist that this wasn’t about race.

I’m pissed because South Carolina still flies the Confederate flag at its state capitol and state leaders continually try to pretend there are no racist connotations that can be associated with that flag.

Flying these two flags together kind of misses the point.

And I’m pissed because every time there is a mass shooting, some pro-gun nuts find ways to blame it on the victims because they weren’t carrying a gun.

This dude blames one of the victims because he was a legislator who actively campaigned against allowing guns in churches.  As if that is some sort of crazy far left-wing position that made him some sort of fringe politician.

What kind of whacked out liberal would oppose guns in churches?

The NRA solution to gun violence is always MOAR GUNZ! I guess I understand because that’s their solution to everything.

One wonders, though, if just once they could wait until the bodies are in the ground.

I took last week off because I was on vacation so this is old news.  Franklin Graham, who heads up the Billy Graham Evangelistic Association, was pretty pissed off when Wells Fargo embraced “moral decay” by showing two women adopting a deaf child in an effort to convince people to deposit money in their bank.

Instead of thinking it was adorable, Graham withdrew his organizations money from the bank and deposited it in another bank.  Take that Wells Fargo.  That’ll teach you to be aware that homosexuals use banks and are more likely to use yours if you depict them positively in a commercial!

While Graham and god found a new home for their money, Wells Fargo stood firm and said they would continue to air the commercial.  Graham deposited his money into a bank that supports gay pride events and has a mission that celebrates diversity.

The banks don’t want them to stop.

You are going to have to choose a different battle ground.

Teacher Reads a Gay Fairy Tale to Students, He Loses his Job

Schools!  Schools are your battleground, Franklin!

Supporters of the gay agenda just don’t get it. 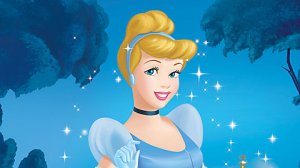 Cinderella got married after one date. I can’t believe the morally depraved stuff we are teaching our kids!

See, when you present a same-sex relationship as something normal and accepted, you confuse kids who are incapable of instantly judging such relationships as abnormal and depraved.  You, as an educator, are making moral decisions for your students and that’s unacceptable.

The only reasonable solution is you should lose your job.

Never mind that those parents are dictating morality to children whose parents aren’t homophobic douchebags.  Christians are under attack in America!

The student and her parents are upset because she was “forced” to read graphic novels like “Persepolis” that include sex, swearing, and other depravity.  She was under the impression all she would be reading was some “Batman.”

Because, you know, “The Dark Knight” is totally light reading.

I know it can be tough for some people to swallow, but if you want to be sheltered from sex, swearing, and depravity, you really shouldn’t go to college.

I blame the parents.  They should have considered the dangers posed to their 20-year-old daughter when she was placed into a classroom with a bunch of people who weren’t her parents.

Her parents believe there should have been a warning on the syllabus so their delicate flower would not have been forced to read “trash.”

My suggestion is a disclaimer that reads like this:

Warning: this is college, not church.  It is entirely possible that you will be expected to read something that runs counter to your world view.  You are supposed to be an adult.  Fucking deal with it.

The article is click bait and so I should admit that it is amazingly successful.  He talks about Goodfellas being about ball busting (it isn’t) and then suggests that women just don’t understand ball busting because, I presume, they don’t have testicles.

I think he wrote it with full knowledge that women were going to get pissed off at which point he (and his fans) could just say “LOL! You don’t get it! I was totally busting your balls!” 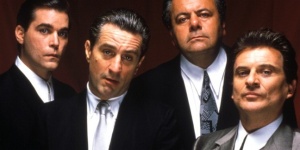 You ladies can’t even understand this picture because there are too many men in it.

Then they will high-five each other while shotgunning some Grain Belt.

Congratulations, guys!  You pissed a lot of women off by being assholes.  I hope you feel like you accomplished something really important this week.

Female Comic Writes about Being Harassed by Male Comics

This well-written blog gives several examples of harassment in the comedy community and suggests that what this one comedian has experienced is not even a little bit unusual.

I’m sick of the “boys will be boys” argument for this kind of behavior.  Because you know what? There are a shit ton of boys who don’t do this bullshit.  Most of them, in fact.

So when you are a guy and you are defending another guy by saying “that’s just what guys do,” you are part of the problem.  Because it doesn’t have to be what guys do.

The correct response is “that’s fucked up.  I’m sorry you had to go through that. I’d like to punch that asshole in the face.”

The last sentence is optional.  Violence is never the answer. In this instance, though, it could be incredibly satisfying.

Tim Hunt is distracted by the ladies.  Apparently, he isn’t interested in their potential contributions to science.  He is only interested in how they clearly just want to get in his pants. It’s just so distracting! 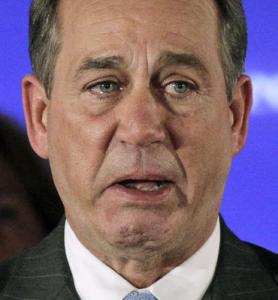 He must be really happy he doesn’t work with John Boehner. That dude would be so distracting.

Hunt has taken a lot of shit for what he said and seems to think that he’s the victim in all of this.  He’s clearly right. We are all blaming the victim for making a blatantly sexist comment and we should be ashamed of ourselves.

Look, nobody is going to take his Nobel prize away.  However, he’s going to have to deal with some criticism for being a jackass.  That’s how this sort of thing works.

He’s a guy, though, so at least the criticism won’t make him cry.

Tags: Shit that PIssed Me Off