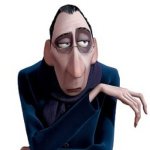 As I wrote earlier, I always take a day off of the Fringe Festival.  I didn’t see any shows on Tuesday night.

Let me write instead about the crucible of criticism that is the Fringe Festival.  Because there is nothing like it.  Artists love to hate it. Or hate to love it.  Amongst a group of people who thrive on validation, however, the Fringe can be an emotional roller coaster.

Or maybe that’s just me.

I always tell people don’t write five-star shows.  Because I don’t.  It isn’t false modesty to say that I didn’t set out to create a brilliant piece of theater with the title “The Sound of Footloose: The Not Musical.”

I wrote a show that mashes up Footloose and The Sound of Music but nobody sings.  It’s right there in the title, my friends.  There are no lofty themes or deeply personal reflections.

What I set out to do is write something that will make people laugh. To me, something that is funny and a bit of a trifle is worth four stars.  That’s all I’m writing.  I don’t have any fantasies that I will eventually churn out the next Death of a Salesman.

So a four star review is fine. It’s expected.  Heck, it’s a success.

The problem, however, is the math.

Whether you are producing great theater or something that is notable primarily for its Nazi jokes, Fringe producers need reviews to drive attendance.  The more reviews the better.

So you can say you are writing a four star show all you want.  But if you don’t get some five-star reviews, your overall average could be dragged down to a three.

Three stars is deadly.  An audience looks at a show with a lot of reviews and three stars and they think “they couldn’t find enough friends to bump up that rating?  I think I’ll skip it.”

And they are probably right to make that decision.  An average of three stars means a fair number of negative reviews.

Most people don’t tend to write negative reviews.  They review the shows they enjoyed.  That means people go out of their way to write a bad review.  As an audience member, seeing a large number of people making the decision to pan a show is indicative of a flawed show.  With so many other shows to see, why would they go to that one?

Positive reviews translate into audience and audience translates into income.  Nobody does this to get rich.  Most of us, though, would like to at least recoup our producer fee.  I’d like to pay the people who perform in my shows.  And the director. And the stage manager. And myself.

I need people to attend my shows to make that possible.

So audience reviews become an important thing.  If my show is rating a consistent four stars, that’s great.  Five stars is surprising, but better.

Three stars costs me and my artistic collaborators money.  Not a lot of money, mind you. But it costs us something.

Does that mean I don’t want audience members to write honest reviews?  Not at all.  If they hate a show of mine, they should say so. If they loved it, I want them to say that too.  If I wrote a bad show, people shouldn’t come to see it.  They should give their money to a good one.

But I’ll spend much of the Fringe watching those reviews come in and carefully tracking their impact on my rating.

As producers, we all have the reviews that drive us crazy.  There’s the three star review that has nothing but good things to say about the show. If you liked the show, why only three stars?

We don’t want to hear the criticisms that might make our show better because we’re all perfect but if someone doesn’t give you four or five stars, they have a problem with the show.

The zero star review is a classic source of frustration.  I’ve written about it before because I think any show that actually makes it onto the stage deserves a star.  It takes a lot of work to put a show on stage.  Even a bad one.  To give a show zero stars is to show amazing disrespect for that effort.

Someday, perhaps, I will enjoy the kind of backlash reserved for only the most talented Fringe producers.  I call it the “Scrimshaw effect” because I first noticed it with Joseph Scrimshaw but it could easily be called the “Carson effect” or the “Ferrari McSpeedy effect.” If they ever make a show that isn’t amazing, maybe it could be called the “Transatlantic Love Affair” effect.

If you produce a lot of good shows in a row, you are going to get the “this isn’t as good as their other shows” review.  Failing to consistently one up yourself will cost you a star.  Maybe more than one star.

That’s the price of success.  If you do well consistently, you are going to get punished the moment your latest work doesn’t measure up to the memory of your previous work.  It’s the same if you’re Josh Carson or Joss Whedon.

All of this might lead one to believe that I hate audience reviews.

I love them.  Because in the midst of the ego stroking raves and the snarky rants are some kernels of information that can help you grow as an artist.  Sure, the math can be scary and sure, a zero star review can be devastating.

But if there is one thing that is true about the Fringe, it is a theater experience that teaches you how to be a better artist.  One audience review at a time.