The protests to mark the one year anniversary of Michael Brown’s murder (my bias may be showing in my selection of words) were mostly peaceful.  And then some asshole shot at the police.

In this picture are dozens of people who didn’t bring guns.

When one guy does something stupid, though, it is as if all the other people who weren’t doing anything wrong become co-conspirators.  What they have to say is no longer considered important because of that one dude who tried to shoot the police.

So please, everyone, can we stop bringing guns to word fights?

I’ve got a feeling the judge in this case may have overstepped his legal authority when he ordered a young man to get married in order to avoid a fifteen day stay in jail.

I suppose it’s all OK since they loved each other and wanted to get married anyway.  So given that, maybe there wasn’t anything wrong…no.  Wait.

That maybe it was none of his fucking business whether or not they chose to get married in the first place?

It’s a fascinating world in which we live where judges who rule in favor of same-sex marriage on legal grounds are labelled “activists judges” and judges who force a couple of kids to get married aren’t.

She claims she should not be forced to violate her deeply held religious belief.  The court points out that she took an oath to perform her duties as county clerk and while she is free to believe anything she wants, she still has to do her god damned job!

The court was a bit more polite about it than I was just now.

And I have a few questions for this clerk who feels so strongly about her deeply held religious beliefs.

What if the person issuing her driver’s license was a muslim who didn’t think women should drive?  What if he refused to issue her license because of his deeply held religious beliefs?  Would that be OK? 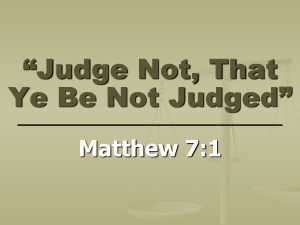 Also – have you actually read the Bible?

Or is that different because when we talk about “religious freedom” in this country, we mean “the freedom for conservative Christians to avoid doing anything they don’t like?”

Now why, you may ask, did an eleven year old girl carry a child to term?  Was it because she wanted to keep the child after allegedly being raped by her stepfather?

Of course not.  It was because Paraguay has laws against abortion that prevent even an eleven year old rape victim from having one.

But all of that is too bad because an abortion, apparently, would have made this tragic story so much worse.

Football Player Breaks a Teammates Jaw, is Cut, and Immediately Picked up by Another Team

By all accounts, IK Enemkpali sucker punched Geno Smith and broke his jaw in two places.  He was immediately cut from the team.

And another team thought “hey – this guy is talented enough that we can deal with the fact he punched his starting quarterback in the face.”  They tell everyone not to worry, though, he’ll be on a short leash.

So what?  He committed a felony!

And how short a leash?  He can punch other players, just not in the face? If he’s going to punch them in the face, he has to warn them first? 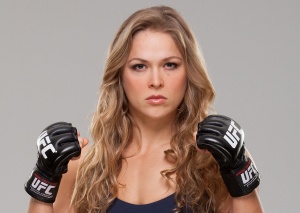 How about this? He can only punch Ronda Rousey in the face. But she gets sixty seconds first.

He’s a second string guy.  Pro football is filled with guys that posses his level of talent.  There shouldn’t be one team desperate for him.

That’s football, though.  If someone thinks a guy can play, it doesn’t matter if he’s guilty of something.  It is the ultimate world of second chances because the only thing anyone wants for their team is a Super Bowl victory.

Of course, this doesn’t seem like a guy who could help win a Super Bowl anyway.  And that makes the decision all the more puzzling.

So Target is going to stop telling people certain toys are for boys and girls and this has gotten a small portion of the American populace angry because they, apparently, can’t find Barbie dolls for little Charity without a pink sign indicating these dolls are for girls.

Or maybe they are afraid that they can’t tell Captain America is for a boy without someone telling them so.

Then you point out that there are no Black Widow dolls and even if there were, they would be action figures and not dolls.

All of this absurdity is to point out two simple facts:

1 – Kids should play with whatever they want to play with and adults shouldn’t give a crap.