Even though Rey was the lead in The Force Awakens, inside reports suggest that the prevailing opinion was that kids (specifically boys) wouldn’t be interested.  Also, apparently girls don’t play with action figures or some stupid shit like that.

They decided that what they really needed was a whole lot of Kylo Ren stuff.

Now don’t get me wrong – Kylo Ren is a great character.  I love his conflicted nature and his violent mood swings.  He is one of the most dangerous villains I think the Star Wars universe has ever created.

But the heart of the film is Rey.  If you don’t have confidence that kids are going to identify with her and want toys that represent her, why the fuck are you making merchandise for the film?

Come with me! I hear there’s a sale on Kylo Ren merchandise!

What’s embarrassing is this conversation has been going on for years.  The public has been saying “we want toys featuring the women in these movies” and every time a new film comes out, the response seems to be “well, we didn’t know!”

When in realty, they just didn’t care.

The idea of a girl being sent to change because her outfit was too revealing is not a new one.  It happens with depressing regularity.

In this case, though, the young woman was clearly told that the boys in the classroom were more important than her.

She was on the way to an exam and a hall monitor told her that she had to change because her leggings would distract the boys in the exam room.  In other words, the boys needed to take the exam more than she did.

When was the last time a boy was told their legs would distract the girls in class?

Seriously, if the boys had trouble with a test because they were staring at a girls legs, I think someone might want to think about blaming the boys.

A Spice Manages To Raise $800 via GoFundMe

Cinnamon (that’s apparently her real name) spent a whole lot of money on the Powerball lottery thinking she would hit it big.

So she created a GoFundMe page to get back the funds she lost.  It was shut down after four days and considerable internet uproar.

She claims it was a joke.

And I thought of that.  I thought it might be a joke.  I also thought that creating an actual GoFundMe page for a joke was going way too far. 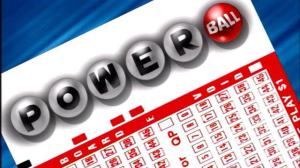 Kind of like buying ten tickets to dream about how you are going to spend all that money you aren’t going to win instead of buying just one.

Because you don’t do that sort of thing unless you expect you will actually make some money.  So it was a joke only insofar as she said to herself “I wonder how much money I can make if I do this. Ha ha!”

The answer to that question, by the way, is $800.  Which is fucking insane. I don’t even understand the reasoning process.  But I imagine it goes like this:

“Well, I’ve already paid for my rent, food, utilities, and other necessities.  I could spend this remaining $25 on a Kylo Ren action figure, light it on fire, or give it to a randomly selected GoFundMe page!”

Try to read Palin’s speech endorsing Donald Trump.  Just try.  It is a rambling, incoherent mess of a speech and it is all anyone can talk about.

Palin endorsed Trump.  Which should be all anyone needs to know about his ability to lead our country.  When she called him to say she’d like to endorse him, he should have said “thanks, Sarah, but I’d prefer to be endorsed by someone who isn’t some combination of crazy, stupid, and drunk.”

I want there to be strong, intelligent women in politics.  I think we all do.

But isn’t it high time for all of us to realize that Sarah Palin isn’t one of those?

You can hate Hillary Clinton all you want.  You are pretty ignorant, however, if you fail to recognize she is strong and intelligent.

Palin is a parody of herself.  And she makes the conservative wing of the Republican party look like a clown car.

Which begs the question – why the hell does Trump want to get in that car?

Fox Offered Gillian Anderson Half of What they Offered David Duchovny

Why do we need feminism, right?  I mean women are already treated the same as men, right?

When you think “The X-Files,” you immediately think that the new show will feature twice as much Mulder as Scully because that’s the only reason you would pay Anderson half as much, right?  Because she’d be doing half as much work.

That’s why you pay people less.

Except not in the entertainment industry (or any other industry)!

Men are more bankable than women, they reason.  Why?  Because once a woman reaches her mid 30’s, she is too old.  She is no longer a lead.  And, therefore, you don’t have to pay her as much. 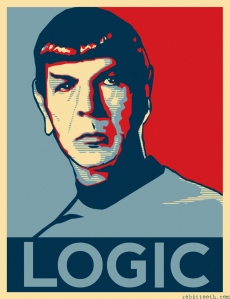 It explains why everyone is so obsessed with how old Carrie Fisher looks and nobody seemed to notice that Hal Solo ran around like he was being played by an septuagenarian.  It’s because we are all trained to think that the only factor important when gauging talent is attractiveness.

And when it comes to attractiveness and women, younger = more attractive.  Whereas a sixty year old Sean Connery was considered hot.

What’s truly sad is the idiots who made this initial offer to Anderson seemed to think they were negotiating in good faith.  They didn’t think she would respond by saying “I should get paid as much as my co-lead gets paid.”

And then she did.

Good for her.  But why do we live in a universe where she should have even had that conversation?