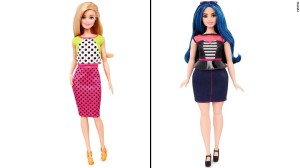 When it Comes to Track Palin, We are Talking About the Wrong Things

Sarah Palin is clearly a great parenting example given how good a job she has done convincing her kids to stick to her values.  Like abstinence before marriage.  And not beating up women.

Although to be fair, I don’t know where Palin stands when it comes to beating up women.  I just have to assume she is generally against it.

Last week, she tried to suggest that Obama is responsible for the fact her son Track beat up his girlfriend.  Track, she says, has PTSD and it is Obama’s fault he didn’t get the treatment he needed.

Liberals like me have quickly pointed out that Track didn’t see combat so Palin is a lying sack of shit.

But her son could still have PTSD.  Lots of people who have never seen combat have PTSD.  It is an insult to those people to jump on Palin for claiming her son suffers from a mental illness that he may actually have.

However, shouldn’t we be annoyed by the fact that she is justifying the fact he beat up his girlfriend at all?

So it seems that at least one group of people recognizes that David Daleiden created a lie in order to torpedo Planned Parenthood – an organization that does so much more than provide abortions.

And abortions, I feel the need to point out once again, are legal.

Thing is, the damage is done.

Republicans all over the country have attacked Planned Parenthood using these videos as evidence.  When it has become clear that the videos are heavily edited lies, they haven’t backed off their rhetoric.  Because the truth is so frequently inconvenient, it is best to just ignore it. 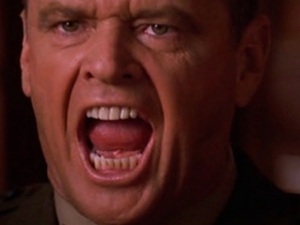 You can’t handle the truth!

Daleiden may serve jail time or pay a fine for his plan.  And yet his videos were created to take down Planned Parenthood and it is still possible they will do just that.  The result will be a decline in affordable health care for women, which helps absolutely no-one.

I haven’t written a lot about the concept of the pink tax because, I guess, there is so much to say.  I think it might be easier to break it down into digestible pieces.

Like the tampon tax.  In 40 states, menstrual items are taxed as a luxury.

Apparently wanting to avoid getting blood on your clothing is a luxury.

Even though fewer states tax band aids than tampons.

Something guys don’t seem to understand is how much our society charges women just for being women.  They seem to think that women have all the advantages without understanding that women are being taxed for having a menstrual cycle.  It’s as if we are blaming all of them for having failed to get a hysterectomy before their first period.

Of course you’re going to orgasm.  Don’t lie.  Put a quarter into the jar.

After a few months, use that money to buy tampons for a woman in your life.

Make her pay the tax, though.  I mean, it’s only fair.

Less than One Month After Washington State Enacted a law Allowing Transgendered Individuals to Use a the Bathroom, They Are Trying to Repeal it 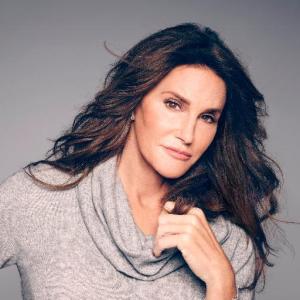 They probably don’t care if Caitlyn Jenner uses the women’s room, though. Because she’s courageous. And also, she’s a Republican.

Even though there are laws against sexual assault on the books, they believe what they really need are laws to prevent – what?  The opportunity for sexual assault?

Let me spell it out to the idiot people who seem to think they are at risk from some dude who dresses as a woman just to “sneak” into a woman’s restroom (none of whom will read this blog): That guy doesn’t exist.  He’s not a real person.

If you want me to be tragically honest (and not at all funny), a guy doesn’t need to put on a dress and high heels to sexually assault a woman in a bathroom.  He can just follow her into the bathroom and assault her.

How do I know this is true?  Because guys already do that!

How about we do something about the guys who are already raping women and we stop worrying about the women who just want to pee?

It looks like the standoff is winding down.  Most of the leaders are in custody.  One of them is already dead.  Time to go home and lick your wounds, federal land protection hating dudes with guns.

Hell, Ammon Bundy has told his followers to go home because he plans to cost the federal government a ton of money in a lawsuit you can bet will end up in the Supreme Court.

Most of them have complied.  As of right now, there are only four or five guys left and they, apparently, would like to leave but want a guarantee they won’t be arrested for breaking the law.

It’s like they heard the news about the arrest of their leaders and said “holy shit!  We can actually go to jail for breaking the law?  But we’re white!!!!”

Ammon Bundy’s dad, who is famous for telling the government to go fuck themselves and also for being a racist, thinks his son is nuts.  He thinks those four guys should dig in because why not?  He isn’t personally risking anything.

I imagine they will give up soon enough.  They are cut off from resupply and while they have snacks to last them for a while, you can only eat so much lube – even if you have 55 gallons.

Let me say this about the death of LaVoy Finicum: I don’t rejoice over the death of anyone.  Finicum and his band were deluded, self-centered, fake patriots and I’m glad they have been very nearly pushed out of the public consciousness.

But what they were doing was dumb.  And it was a dumb thing to give your life to defend.  His death was an absolute waste.  No matter what Ammon Bundy wants to think, he has that death on his hands.  Nobody should have been prepared to die for such a cause.