The Republicans had another debate and, as usual, I didn’t watch it.  I have no need to watch a bunch of dudes try to convince everyone they are simultaneously more conservative than each other but not so conservative that they can’t work with liberals on issues that “unite” us.

But Trump went off the rails this time because he had the balls to criticize George Bush and the Iraq war.  In fact, he called the war a “big, fat mistake.”

I’m shocked! Shocked to learn there is gambling going on in this establishment!

Trump’s comments were so outlandish, he managed to piss off Dick Cheney.

I think I may need to start drinking.  I can’t handle this.

Don’t Worry, Though, Ted Cruz is Still a Tool

This week, Cruz made two claims that are complete bullshit.

The first was the false claim that no Supreme Court Justice has been appointed in an election year for the last eighty years.  While this claim was untrue (he later amended his claim to be “no justice has been nominated and approved in an election year” and pretended he had never said anything differently even though he had) it ignores the basic fact that it doesn’t fucking matter.

If Obama was a Republican, Cruz wouldn’t have bought up any sort of objection.  And yes, I fully understand that if the shoe was on the other foot, Democratic candidates would be saying the same thing.  Which is too bad.  Because it’s bullshit.

Doesn’t matter who is in office when a seat opens up on the Supreme Court.  The President should nominate someone and the Senate should approve them unless they are not qualified for the job.

But in addition to Cruz’s puzzling insistence that the President shouldn’t do his job in an election year, he also announced that providing gluten free MRE’s to soldiers is “coddling them.”

Actually, it would be more appropriate to say it was making sure they didn’t get sick on the field of battle.  Which seems like a really good thing.

Cruz then went on to say that our military, which is larger and better funded than the next dozen militaries put together, is underfunded.

He was speaking to a military crowd so that’s understandable, I guess.  But it belies the fact that these proponents of small government are never going to even contemplate cutting one of the largest chunks of the federal budget.  And in spite of the fact our military is the most powerful in the world by a lot, they will spout lies about how the other side has weakened our country.

Which, even if true, would be fine.  Because when you wipe out every other military with the pinky on your non primary hand, you still have a lot of fingers left.

This Week’s Meme That Pissed me Off

If you can’t recognize how fucking stupid this is, it is probably best if we part ways.

I’m not going to tell you that you should put your kids on Adderall.  You really need to evaluate the potential side effects and benefits of any mood altering medication before you do that sort of thing.

What you shouldn’t do, however, is use this anti-scientific meme to help you decide.  Because it is complete bullshit.

Let me give you an example of how fucking dumb this meme is.  This is Mercury.

Do not drink! Only safe if ingested with fish!

And this is gold

This picture is trading at $675 on the NYSE

Do you know the basic difference between mercury and gold on an atomic level?

Do you know how many protons are in just one of the three molecules this meme is so worried about?

A whole lot more than one.

Want another example?  Ok, how about this – H2SO4 is four molecules different from H2O.  If you drink Sulfuric acid, you will die.  If you don’t drink water, you will die.

Science, people.  Don’t start using it unless you actually understand it.*

I’m not going to suggest this is a separation of church and state issue (although it probably is).  And I’m not going to complain that it is totally disrespectful of anyone in Mississippi who is not a Christian or a Jew (and it definitely is that as well).

I’m just annoyed that the basic reason for the proposal is because the believe they can solve all the problems in the world if more people would just start reading the Bible.

The idea that making the Bible a state book will suddenly inspire more people to read the best-selling book in the world is kind of asinine, isn’t it?  I don’t eat more blueberry muffins because they’re the Minnesota State muffin.

Yes, Minnesota has a state muffin.

And for anyone who thinks “hey Tim, you just hate this idea because you don’t like anything the Republican party does,” I will answer “mostly true.  But these yahoos are Democrats.”

YEAH SOUTH DAKOTA!  Way to be first at something!

I mean I realize you guys are have always had a bit of an inferiority complex because South Carolina beat you to “first state with ‘South’ in the name” by 101 years but isn’t it time you got over it?

Working off the tried and true “thinks we don’t understand make us uncomfortable so let’s make a law to stop it,” legislators in SD want to make sure high school students go to the bathroom in a stall specifically designed to accommodate the gender they were assigned at birth! 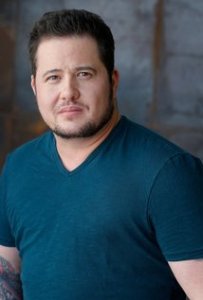 I’m sure most women would have no problem with Chaz Bono using a ladies room because he was identified as a girl when he was born.

Now perhaps their concerns have some factual evidence based on this one asshole in Seattle who walked into a women’s locker room and started to undress.  While it is fairly clear he was not transgender and was just being a dick, his behavior feeds into the fears that result in this kind of bullshit legislation.

Except the Seattle asshat probably agrees with them and he was just trying to prove a point.

More Bibles for everyone!

If you can’t get creationism into the science classroom with facts, why not just do it with legislation?

It is disturbing to me that in a country where we still have laws preventing some businesses from being open on Sundays, we really feel that the way to solve problems is to throw more Bible at it.

When atheists can’t put up a billboard without complaint but Churches can splash a Biblical passage on the side of a bus without anyone even noticing, the issue is not the amount of Bible we have in our daily lives.  The people pushing through these laws also probably send their kids to Sunday school, which is all Bible all the time.

And hey – that’s totally their prerogative.  But when you try to push through the use of a book that isn’t scientific in science class, you are going to far.  What’s next? Telling a math teacher that if students use the Biblical definition of pi (which is wrong), their answer shouldn’t be counted as wrong?

*OK – so I initially was going to include a disclaimer that said, basically, that I know Chemistry is a lot more complicated than this and molecules are different than atoms but the point was more that little things can make a whole lot of difference when you are talking about molecular composition.  But I didn’t because I thought everyone would just see that I was making a comical point.  I was wrong.  So let me state for the record: I know that it is a lot more complicated than this.  The point here is that a difference of three molecules is actually a pretty big difference.

Tags: Donald Trump, Meme that Pissed Me Off, Shit that PIssed Me Off, Ted Cruz, The Bible, Transgender