Cheryl Tiegs Thinks a Plus Sized Model is “Unhealthy”

I don’t know what is more bothersome, the fact Tiegs chose to say this at all or the fact she supported her claim by saying she heard it from Dr. Oz.  You know – the same Dr. Oz who regularly supports miracle cures and herbal remedies that don’t work.

He seems like the definitive source to use when discussing a healthy weight.  Or health in general.

Speaking as a diabetic, I am well aware that excess weight can be unhealthy.  I understand that while fat shaming is a thing and needs to be avoided, there is also a need to talk about the fact that weighing too much can be unhealthy. 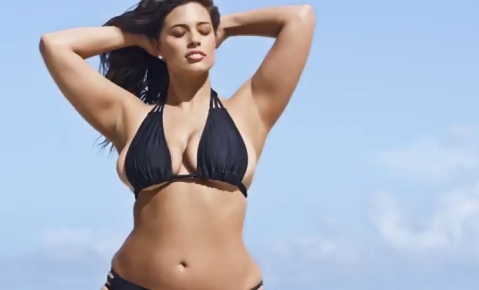 Not that I would suggest for a even moment that her weight comes anywhere close to qualifying as “too much.”

But the amount of weight Tiegs carries around (not very much) can also be unhealthy.

When a public figure starts talking about who weighs too much, it makes a difference.  Especially to young women who are being told all sorts of things about what their body should look like.

Now I personally don’t have a problem with my doctor telling me I could stand to lose a few pounds because he knows my medical history and makes recommendations meant to improve my overall health.  If Cheryl Tiegs showed up and started to talk to me about how much weight I needed to lose, I’d be less inclined to give a shit.

So please, Cheryl, shut up about what other women should weigh.  Leave that kind of unsolicited medical advice to Dr. Oz.

The likely Republican nominee (I can’t fucking believe I just typed that) announced last week that one of the things he plans to do when he becomes president is make it possible to sue the press when they say things about him he doesn’t like.

It is hard to believe that his supporters don’t recognize this is one of the most selfish things a Presidential candidate has ever said.  He doesn’t want to ignore the constitution for the benefit of anyone but himself.

Seriously, it is the most shockingly adolescent thing he has done in a week that included a debate in which he was careful to assure the American people his dick was really enormous.

Changing the constitution so the press will leave him alone does nothing to help the people voting for him, most of whom will never appear in any paper as anything but an insane person holding a “God bless Trump” sign.  It won’t make America great again.  It will simply eliminate something that annoys Donald Trump.

It will also, of course, have the unintended effect of completely destroying the free press.  I really hate to compare Trump to Hitler because America is not post WWI Germany and our President doesn’t wield that much power but Trump is pulling far too much from the Nazi playbook for my comfort.

Also, people have been spending a lot of time thinking about Hitler’s penis lately.  Coincidence????

Clickbait Article That Pissed me Off

This article is entitled “fifteen pictures that prove Amy Schumer is actually hot.”

As if that was something that needed proving.

I did a web search for the term “obscure fetish” and you DO NOT want to know what I found.

Schumer, on the other hand, isn’t trying to cater to anyone’s fetish.  She’s tying to be a comedian.  Her hotness is, in fact, something that matters to other people.  What matters to her is being funny.

I guess they showed her.

To anyone who thinks “hey Tim – you sure hate Conservative Christianity a lot,” let me answer “sure do!  But I hate extremists of any religion! I don’t discriminate!”

In this case, we have an ultra Orthodox Jewish man who refused to sit next to a woman on an airplane because bullshit Talmud reasons.  There were no free seats next to another man so the woman was asked to move.

When what should have been done is he should have been told he was welcome to purchase an extra seat on his next flight but for now, he’d have to deal with the cooties he might get from a eighty year old woman.

Now I always thought that cooties were a young woman’s disease but it appears that you can get them at any age.  So perhaps this middle aged gentleman was justified in his concern.

Or perhaps he was using an archaic belief system to inconvenience someone he didn’t know and wouldn’t have to face later.

This sort of thing cuts both ways and there have been plenty of times us leftists have shamed companies into pulling away from a public position.  I mean, look at Chik-fil-a.  They are still run by homophobes but they don’t say anything about it publicly any more.  That’s a victory…right?

Well Land’s End got it from the right when they published something about a woman who is openly pro-abortion which, it is important to point out every time I bring this up, is legal.  For now.

And to their credit – they chickened the fuck right out.  They apologized for upsetting people and pulled the article and went back to selling clothing or books or whatever the hell it is they sell.  It sure isn’t backbones.

In keeping with Newton’s third law of motion wherein every action has an equal and opposite reaction, folks from the left are calling for a boycott on Land’s End because, I guess, they are complete wimps and caved to pressure so they could sell more bicycles or sand or eclairs.  Whatever they sell, the left is no longer buying.

I’m all for taking business away from a company that engages in business practices you don’t like.  But I’m getting confused where Land’s End is concerned.  First, I had to like them because they had the “courage” to publish something featuring Gloria Steinem.

Then it turned out they had zero courage so I had to hate them.

So what if they give in to pressure again? Is that courage?  Or more cowardice?

Man, if I cared what Land’s End sold, I might be having a lot more difficulty right now…

Hey! Just a reminder that I’m posting a short story every week that has nothing to do with anything that pisses me off!  If you like what I’m doing here, take a few moments to read and comment on my stories.  Even if you hate them!  This week, I wrote a horror story about why a mummified body might be found inside a drifting yacht.