Trump is like an improvisational comedian who isn’t funny.  Any time he says something outrageous, he gets called on it.  Instead of clarifying his statement, he simply says “Yes, I totally meant that, AND…”

Then he says something even worse.  It would be hilarious were it not for the thousands of people who hang on his every word and totally believe everything he says.

Today, I’m going to say that Barak Obama is a martian!

Does Islam hate us? No.  But I guarantee you that the fact Trump has said exactly that and has stood behind the statement is all some of his supporters need to believe something that stupid.

Why, this week a man punched a protester being escorted out of a Trump rally and later said “the next time we see him, we may have to kill him.”  He assumed that since the guy was black, he was also probably Muslim and, therefore, ISIS. Was this a by-product of Trump having said he’d like to punch a protestor in the face?

What is truly insane is the idea that people think Trump will make America great again.  He’s already made America worse.

This Bullshit Article About Statins

Do we genuinely not give a fuck about science any longer?  A friend posted a link to this article as part of a post in which they said they would never take a statin drug.

I mean, don’t read the article.  It’s stupid.  There is not a single citation.  There are quotes but not even a link to the study mentioned so you can read the all of the data instead of the cherry picked details that conform to the writer’s existing bias. It is an opinion piece.  It is, quite literally, the worst article you can read to understand the risks and benefits of taking statin drugs.

Now before anyone chooses to take a drug prescribed by a doctor, they owe it to themselves to learn about the risks, benefits, and potential side effects.  You are putting something weird into your body and it would be a good plan to know how your body might react.

But let me assure you that this article isn’t telling you anything about the risks, benefits, or potential side effects.  It is telling you that the author doesn’t like statins.

If you really don’t want to take statins, that is a totally acceptable choice.  It’s your body.  Don’t let bullshit articles like this make the call for you, though.  Because your health is too important to entrust to people who don’t actually know what the fuck they are talking about.

I’m not posting this here to go on an anti-gun tirade.  I’m all for responsible gun ownership.

Can we all agree, though, that keeping a loaded .45 in reach of a four-year-old while you are driving is not responsible gun ownership?  This mother, who apparently spends a lot of time on Facebook talking about how she wants to have guns to protect her family, is not even safe from her family.

At least not so long as her particular brand of exercising her second amendment rights is to toss loaded guns into the back seat.

So you gotta ask yourself mommy – do you feel lucky?

I’m a dad so I know something about what kids consider toys.  Four year olds think everything is a toy. When my kids were four, I couldn’t throw away a wadded up piece of paper because they would insist they were playing with it.

If you had a four-year old a loaded gun and say “be careful, this isn’t a toy,” what they hear is “play with this, stick it in your mouth, and, if possible, urinate on it.”

I know that sounds funny but it’s a loaded fucking gun.

This lady is lucky to be alive.  The rest of us are still in danger.

I get that Republicans hate Obama on principle.  If he went to Nancy Reagan’s funeral, they would scream that he was showing disrespect for her since she was a Republican.  Or some other bullshit.

I don’t know if Obama should attend her funeral or not.  What I do know is that Presidents almost never attend the funerals of first ladies. Like in the history of our nation, that isn’t something Presidents have traditionally done.

Now we could argue that the precedent of sending a first lady to the funeral of a former first lady is kind of sexist and shitty.  And that may well be true.  It seems like a bad tradition.

That isn’t how this works, though.  Obama can make the same choices as other Presidents and his choices are more wrong.

This Week’s Meme that Pissed me Off

OK folks, this one is personal.

I shouldn’t be so concerned about a meme that uses astrological signs because I’m on record as believing astrology is not actually a real thing.

However, that does not excuse the fact that I, a Virgo, am Padme Amidala.

I mean, she’s Luke and Leia’s mom and that’s sort of badass but given her entire character arc for the third movie was “I’m in love with Anakin and I’m also pregnant and I’m going to die of a broken heart,” I’m not satisfied with this list.

Did the person who created it hate Virgos for some reason?  They don’t even have R2-D2 on the list.  I’d like to formally request that Virgo gets R2-D2.  Or hey – how about Lando Calrissian?  He blew up the second death star.  And where the hell is Wedge Antilles? If I’ve got to be stuck with someone from the prequels, could it possibly be Qui Gon Gin?

And why does Taurus get Rey?  I’m not convinced that Taurus has done enough to deserve Rey.

This meme right here is why Astrology is bullshit.

Remember the Stuff About Body Shaming I Wrote Last Week? Daisy Ridley Proves Women can be Body Shamed No Matter What!!!

Speaking of the character that has been (I believe unfairly) bestowed upon Taurus, an Instagram poster decided to body shame Daisy Ridley for being too thin.  Ridley caught wind of the post and responded firmly but nicely by saying real women come in all shapes and sizes thankyouverymuch.

A bunch of other people showed up and heaped a pile of internet abuse on the poster, who has since gone into hiding.  Which is, by the way, awful.  The poster was wrong but that doesn’t mean they should have been harassed.  Ridley’s statement was enough.

It’s like they’re playing Super Mario Brothers as Princess Peach and every time Mario shows up, he says “I can’t believe you decided to wear that dress. No wonder Bowser captured you.”

As the Answers in Genesis Ark Encounter park nears completion in Kentucky, Ken Ham has responded to the many people critical of his building techniques.

Folks are asking why they are building the Ark out of materials not found in Noah’s time.  Ham, conveniently using the Bible as his one and only source, responds by saying “the Bible doesn’t actually tell us what Noah used so it could be anything!”

His entire scientific point of view is “if it isn’t in the Bible, I can make up whatever shit that I want in order to justify what is in the Bible.” 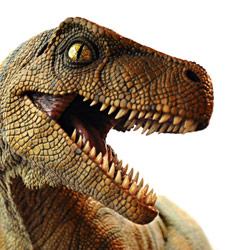 There were dinosaurs on the ark but they all died before they reached land because the ark was almost struck by an asteroid and all the dinosaurs had weak hearts and died of cardiac arrest. What? The Bible doesn’t say that DIDN’T happen!

He makes up the idea that Noah might have had super advanced power tools that we don’t even have now.  And then god wiped all that shit away in the flood to the point nobody thought to mention it when they told the story in the Bible.

He also suggests that Noah might have hired contractors to help build the ark.  Which is super creepy because he knew that the dudes he was paying were going to be drowned by god as soon as the work was done.

Do you think he told them?  Did he promise to pay them a week after work was completed?

The mental gymnastics required to look at Genesis and insist that it must be interpreted exactly as written seem so exhausting.  And yet Ham is really playing the same improvisational game with reality that Donald Trump plays.

Did Noah have power tools? Yes, AND his tools were far more sophisticated than the ones we have now because the Bible doesn’t say they weren’t!

I’m closing out the blog post by once again encouraging you to check out my weekly short story if that is something that interests you.  This week’s story is an admittedly bizarre installation called Ducks in Space.