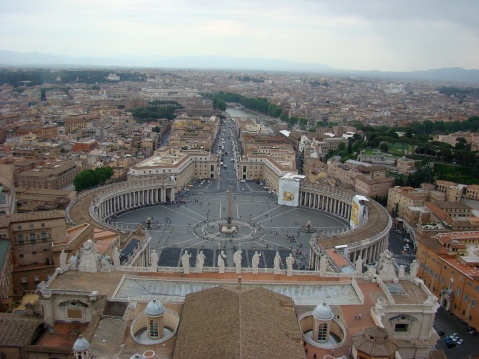 This week’s short story is non-fiction.  Well, mostly non-fiction.  I actually write a fair number of non-fiction autobiographical stories but until now, everything I’ve been posting on my weekly blog has been fiction.

Unlike other fears, acrophobia makes a lot of sense.  Being, as we are, bipedal and awkward, the concern that a misstep could result in plummeting to our death seems an evolutionary necessity.  No wonder it is the second most common fear after a fear of speaking in public (glossophobia) which is also logical because if you do it too often, you might get elected to something.

Acrophobia, then, is a completely rational fear. Much like the fear of clowns (Coulrophobia) or tube socks (no name but most definitely a real thing).  The threat is real and immediate.

It is also a fear from which I suffer with abundance. When my wife climbs on a stool in the kitchen, I am overtaken with concern for her well being although not enough concern to actually climb on the stool myself.  That’s just crazy.

Being afraid of heights, I naturally seek out tall objects and try to get to the top of them because fuck being afraid of things.  I won’t let the nearly crippling psychological concern that I will fall to my death prevent me from putting myself in a position to make such a thing considerably more likely.

When my wife and I visited Rome a few years ago, we climbed to the top of St. Peter’s Basilica.  This is something you can do after paying a fee, which bugged me just a little bit because we’d just toured the Vatican museum and if anything says “we don’t need your money,” it’s the Vatican museum.

The stairs inside the basilica were fine.  However, at about the halfway point you reach a narrow walkway on the interior wall of the dome that looks down on the thousands of tourists who weren’t as stupid as you.  In spite of a chain link cage that looks like it was installed fifty years ago and then doused with holy water instead of something that prevents rust, I didn’t feel particularly safe.  It appeared if you touched the fence, it would have instantly disintegrated. The folks at the basilica seemed to be concerned about this problem as well because there were signs in every language that said, effectively, “don’t touch the fence!”

The walkway seemed sturdy enough and usually a fence, even one that is oxidizing before my eyes, will be enough to keep me from freaking out.

What I discovered, though, was being on a walkway that was suspended about 150 feet above the ground and was built 500 years ago makes me surprisingly uncomfortable.  It was the way it jutted out from the wall and was only supported by beams that were also jutting out from the wall.  I didn’t particularly trust the wall.  Or the beams. The moment my foot touched the walkway, every second was terrifying.

And there were a lot of seconds.

Because the height (and possibly the walkway construction) proved to be a concern to the woman in front of me as well.  Her response was, illogically, to walk as slowly as possible.

Without turning around, she meekly apologized to the people behind her who had each paid five Euros to watch her have a nervous breakdown.  Through clenched teeth, I told her it was fine.

I wanted to say “What the fuck, lady?  I don’t want to be on this walkway either and the solution would seem to be getting off of it as fast as humanly possible!  Yet you are not only prolonging your own experience, you are prolonging mine as well and given I’m middle aged and diabetic and you are young and in fairly good shape, the odds of me having a heart attack are much higher than yours and to be honest, I can feel some palpitations and I might also have a stroke  so look the door is right there.  Run to the door!  RUN TO THE DOOR AND SAVE US BOTH!”

From the top of the dome, you could see all of Rome laid out before you.  It was a view that was well worth the anxiety and, strangely, not at all frightening because we were on top of dome and I think my brain just concluded that if I fell from the observation deck, it would be a lot like going down a slide.

My son Alex isn’t afraid of heights at all.  When he was twelve, he joined his mother and I on a hike to the top of Yosemite falls.

Let me tell you about Yosemite falls.  With a drop of 2425 feet, it is the tallest waterfall in North America.  The falls are broken into three distinct sections.  The lower falls are just over 350 feet tall.  The middle cascade drops about 600 feet.  The grand upper fall plummets 1430 feet from the rim of Yosemite valley to the middle cascades.

The path that takes you to the top of these falls is a rocky, switchback filled trail 3.5 miles long that gains nearly 3000 feet in elevation.  Climbing the trail is roughly the equivalent of having someone pound on your knees with a sledgehammer while strangling you.  Also, there are no bathrooms.

The last third of the trail is about twenty long switchbacks made of uneven steps of granite.  There is no shade except in the early morning and late afternoon and the mist from waterfall is no longer occasionally blown towards you.  It is, in a word, unpleasant.

Most unpleasant of all is the constant stream of people coming down from the top telling you that you are “almost there.”  These people – nearly all of them overly cheerful 22-year-olds with zero body fat who probably jogged up to the top so they could watch the sunrise – are the worst.  Because they are lying.  You aren’t “almost there.”  You have about sixteen switchbacks to go.  And when you ask them how many switchbacks are left, they helpfully shrug and say “not many.”

“Most of them” actually qualifies as “a lot.”

When you finally reach the top, you can climb some rough hewn stairs down to the edge of the falls, which means when you are done you will, sadistically, have to climb up again before you can finally descend the 3.5 miles back to the valley floor.  At the edge, right next to where thousands of gallons are thundering past you every second, there is a sturdy metal railing that seems a lot safer than the chain link death trap at St. Peter’s Basilica.

I stood at that railing for almost ten seconds because fuck fear.  Then I wisely retreated to the canyon wall before the railing gave way and killed all the other hikers.

On the way back we stopped, as many hikers do, above the falls to rest and have a granola bar.  The rocky surface was covered with hikers, granola crumbs, and a lot of really fat squirrels.

From this point you can, if you want, look over the rim and down to the middle cascades, getting a view you couldn’t have from any other vantage point.  Once again saying fuck it to my fears, I lay down on my belly and carefully slid to the edge to look over.  I remember thinking of nothing but how much it would suck if my glasses fell off at that moment.

I mean, I’d been whipping my head around my entire life and my glasses stayed on my head just fine.  But my irrational – excuse me – completely rational fear had convinced me that they would choose that moment to slide from my head and I would be forced to walk down that 3.5 mile trail unable to see.

So I looked over the edge and, satisfied I’d managed to conquer my fear and feeling I’d taught my son a valuable lesson, slid back to safety.

My son casually walked up to the edge and leaned over.

“Cool” he said.  After looking for a few more moments, he walked back to finish his granola bar before a squirrel got it.

My son is Daredevil and, tragically, that means I’m going to have to blind him.