I took another week off for CONvergence and oh my did this week get full of all the things.  I kept a few old articles but let’s start by taking a look at what happened this week.

Philando Castile was Murdered by Police

I know there are people who claim we should wait to judge until all the facts come out.  It is interesting to me that every person who has said this to me is white.

Every person of color I know is already well acquainted with the facts.  They know that the officer who killed Castile will have a reasonable sounding excuse that he feared for his life.  He may face a trial and he may face some public backlash but – and this is really important – no matter how unpleasant those things may be he will still be alive. 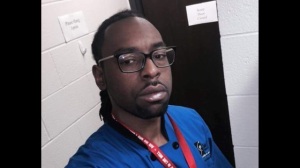 This is what he looked like. Just so we all remember that he was a human being.

Philando Castile will be vilified by clueless people who will find reasons he deserves to be dead.  They will tell the rest of us that we don’t know what happened at that traffic stop and he probably deserved to be pulled over.

He doesn’t get to defend himself.  He doesn’t get to tell his story.  To anyone waiting for all the facts to come out, please remember that the only person who gets to tell their story is the man who killed him.

And if you believe his race didn’t matter, you really haven’t been paying attention.

Five Police Officers were Gunned Down in Dallas

I don’t know what their motives were and neither does anyone else.  At least not yet.

But five more people are dead. I know people will blame Black Lives Matter for this act while ignoring the fact it is and has always been a peaceful movement.  I know that they will view it as a justification for police brutality.

None of which will help.  Five more people are dead.  How high will the pile of bodies get before we resolve to do something?

*When I wrote this, news reports suggested multiple shooters.  Dallas authorities have now indicated it was a single gunman.

Basic story, manager’s best employee quits because she asked to come into work two hours late so she could attend her college graduation and the request was denied.  Now the manager writes in to an advice column to find out the best way to approach this former employee.

Not to ask her to come back.  No, to tell her what a bad idea it was to quit on the spot the way she did. 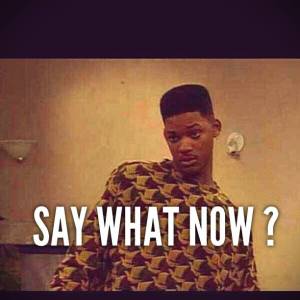 The response of the advice columnist was to tell this idiot that the former employee hadn’t done anything wrong.  She made a completely fair request and the fact the manager wasn’t willing to accommodate that request was pretty shitty.

I want to believe that this letter is fake.  But it probably isn’t.

I’ve known too many entitled assholes in my life to believe that even if this letter isn’t real, the situation it describes has probably happened.

What makes it worse is the fact the manager had no idea they had done anything wrong.

They were angry at their “best employee” for something that was entirely their own fault.  So angry, in fact, that they wanted to know how they could lecture the employee for quitting.

And look – in a week that contained so much violence and so avoidable death, the acts of one idiot manager shouldn’t matter much.

But you know, if we all managed to exercise just a little bit of compassion and understanding, maybe we could start to figure out how to deal with the big pile of bullshit we all want to ignore.

Here’s the thing – assholes who go to “protest” gay pride with their “god is sending you to hell for an arbitrary reason” signs piss me off for all sorts of reasons.

The biggest one, though, is that there aren’t a bunch of gay people with rainbow flags standing around outside their churches on Sundays. When these homophobic pastors preach to their flocks, they are allowed to do it without protest by the people whom they are slandering by calling them “perverts” and “pedophiles.”

So on the one weekend a year a community comes together to celebrate itself, these douchebags won’t leave them alone. Even as society becomes more accepting of LGBTQ people, they show up to remind those people there are a whole lot of other people who still think they aren’t OK. There are still a whole lot of people who want to shove them back in the closet.

It makes me sick. It makes me angry. You can’t stop them because free speech is too important a concept to destroy because of intolerant assholes who can’t let people celebrate themselves for one fucking weekend a year.

You want to tell gay people they are perverts?  The first amendment tells me that I can’t stop you.  It also can’t stop me from telling you that you are a bigoted homophobe and that your time is ending.  You lost.  You lost big.  And you are going to continue to lose.

So go back to your homophobic racist church and spew your hate.  We will leave you alone.  Because we are better people than you.

And those of us who believe in a god believe in a better god than you.  You are a dinosaur and we are going to naturally select your ass out of existence.

Oh shit!  I read the Comments

I tend to avoid talking about climate change too much on this blog.  It isn’t because I don’t believe global climate change is real and people are causing it.  It’s because any time you say it out loud, “experts” start explaining to you why you are wrong using the most unscientific arguments imaginable.

So of course I clicked through to this article talking about a new species on the Polar Bear diet and the article suggest the issue is climate change.

And then I accidentally started to read the comments. 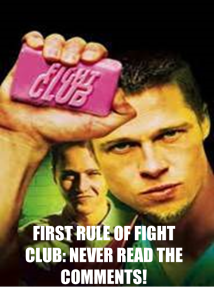 I know scientists.  Like, real scientists.  People who actually read and write research papers and who know shit about actual science.  I trust them when it comes to climate change because they are the experts.

If they want advice about writing ranty comedy blog posts, they will give me a call.

But when it comes to information about global climate change, I’m going to trust them.  Not some douchebag commenter on a post about polar bears.

It’s kind of like trusting the voices of people of color when it comes to their experiences.  You can listen to a white guy tell them they are wrong or you can listen to them.

So I think I’ll listen to the scientists

Finally, of course, I’ve written another short story this week.  It’s actually probably the start of a much longer work.  If you are inclined to read some speculative fiction in what has been a shitty week, you can find it here.