In a classic white guy move, Rudy Guiliani makes the Black Lives Matter movement all about him.  He doesn’t seem to understand that the statement “black lives matter” is not the same as “white lives don’t matter” or “black lives matter more.”

Instead, he focuses on black people trying to find a voice and calls it racist.  He tells the BLM protestors that they are doing it wrong because they aren’t protesting every murder in Chicago.

Chicago is a big thing with the right.  They bring it up all the time.  Why isn’t BLM protesting every death in Chicago? 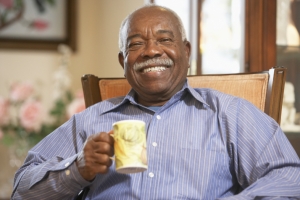 Like old black men who die of a heart attack because they drank too much coffee? Why isn’t Black Lives Matter trying to shut down Starbucks? What a bunch of racist fucks!

Hey, good question, Rudy!  While you’re at it, why don’t you ask why people who are against the Death penalty don’t protest every death in America?

And hey Rudy, you’re pro-life, right?  So after you go to those pro-life rallies, do you ever go to a rally protesting parents who beat their children to death?  If I used that argument on you, would you call me racist?

Black Lives Matter is focused on a specific part of the black experience in America.  It is not the only part.

But – and this is the crazy thing you don’t get Rudy – they are all related.  You can protest one particular part of the problem (police brutality that disproportionately targets black men) and have an impact on all of it.

However, when you tell the BLM movement that they are doing it wrong, all you are doing is proving their point.  They are saying white America needs to stop thinking about race from our point of view and spend a little time trying to understand it from their point of view.

And then we say “but you don’t understand my point of view.”

And we wonder why they block traffic so we’ll listen.

Let’s get the obvious objection out of the way first: Of course these police officers can choose what they do on their free time.  If they genuinely believe that BLM is anti cop (it isn’t) then they can totally refuse to work whatever event they like.

But who cares?  Their choice to abdicate their job is, in my mind, speaking directly to the issue that Black Lives Matter is trying to solve.

The Lynx spoke out for a cause.  And I get that these officers may not approve of that cause.

They agreed to protect and serve.  They did not say they would only protect people who agreed with them.  Sure, it’s a part-time job and they don’t have to do it.

But by refusing to work protection detail for women who choose to speak up in support of the black community, they just drove a larger wedge between that community and police than the one that already existed.

And hey, how about the little barb their spokesperson threw in at the end?

They only have four officers working the event because the Lynx have such a pathetic draw.

Really, asshole?  You are going to point out that America is too sexist to watch women play basketball as justification for your officers’ unwillingness to just do their job and recognize that standing up for the victimization of Philando Castile is not the same as saying “I hate cops?”

Newt Gingrich’s Response to the Attack in Nice, France

Gingrich, who somehow lost out on being Trump’s Vice Presidential nominee, responded to the deadly attacks in Nice, France by suggesting what we can do to eliminate the chances of such an attack happening in America.

Simple, he said, we just test every Muslim living in the US to see if they believe in Sharia Law. If they say yes, we boot their asses out.

Now look, I’m not a big fan of Sharia law because I don’t believe law should be based on religious beliefs.  But that doesn’t mean that people who believe in Sharia law are extremists. 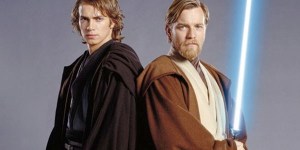 The Star Wars prequels were, objectively*, terrible. That doesn’t mean we should kick anyone who liked them out of the theater when we all go to watch “Rogue One.”
*Yes. I said “objectively.”

And how would this test be administered?  I’m guessing you can’t have them pee in a cup to find out their political beliefs so you probably just have to ask them.

And when you do, how do you know they are going to tell the truth?

It is a paranoid rhetoric that is taking over the right.  A rhetoric that believes we need to be thought police in order to protect ourselves when the truth is anti-Islamic rhetoric provides fuel to the fire of extremists.

Gingrich is free to say these things no matter how stupid they may be.  The irony is that he believes in his right to believe this crazy ass shit but he wants to police the crazy ass beliefs of everyone else.

Unless, of course, they are right wing Christians.  Those folks can say whatever the fuck they want because THIS IS AMERICA!!!

A man who was probably a terrorist plowed a truck through a street crowded with people and killed over 80 of them.

I think one of the things we as Americans forget when we look at horrible shootings like the one in Dallas last week or the one in Orlando last month is the fact this isn’t an American problem.  It is a global problem.

France is smaller than the US and yet far more people have been the victims of mass murder there than have been here.

Everyone has blinders on when it comes to the rest of the world but we really have to think about what we all can do to fix the problem.  And no – it isn’t tossing all the Muslims out of our country.  Because even if that were the problem, you’d just be shipping that problem off to someone else.

And the worse you treat your Muslim population, the easier it becomes to radicalize some of them.

I mean, even Newt Gingrich has to know that, right?

But it is also something that should not be relevant.  We shouldn’t be having this conversation in the first place.  We should only be concerned about whether or not the movie works as a movie.  Does the bustin’ make us feel good or doesn’t it? 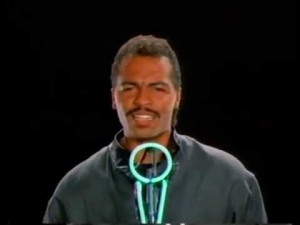 Now in order for that to be possible, more high profile movies would need to feature women in all or most of the lead roles so it wasn’t actually unusual.  It is unusual and so we can’t stop talking about it.

I would love a version of The Magnificent Seven with women in the lead roles.  Not even because that would bring some gender balance to the screen but rather because there are at least seven kick ass actresses who would totally nail the shit out of those parts.

I guess we need to talk about these things because when we have to argue in favor of women being Ghostbusters or the lead in a Mad Max movie or the lead in a Star Wars movie, we haven’t quite reached the point of acceptance and equality.  It is only when these things are commonplace and, therefore, don’t require conversation that we can move on to complaining about more important things.

Like the design of the new Ecto 1.  I mean, what is wrong with Hollywood???

Nintendo is Releasing a Miniature NES with 30 Games for $60.00

I’ve managed to resist the time sink that is Pokemon Go but you now tell me that for only $60.00, I can play Excitebike, Super Mario Brothers, and Legend of Zelda any time I feel like it?

It’s like you created the Atari flashback that I actually wanted.

I don’t think you folks at Nintendo get it, though.  I’m trying to avoid spending my time playing video games and you are making it easier for me to play video games.  You may not be aware but you folks have quite a lot of my money already.

My final note as it has been of late is to point you to my weekly short story called Icharus Air.  It’s about a post apocalyptic world above the clouds. What do I mean by that?  Well you could just read the story and find out!