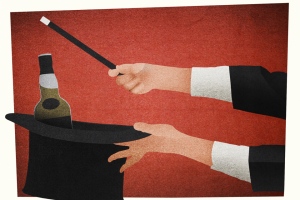 One of the things that continues to surprise me, though I don’t know why, is the graciousness of other Fringe artists.  I’ve gotten to know a lot of them with talent that, quite literally, intimidates me (I’ll take imposter syndrome for $200).

When you talk to them, though, you are reminded that they are, for the most part, regular people.

I’m still completely stunned by their talent.  But in many cases, they actually seem to appreciate mine.  Having other artists appreciate your work is really pretty amazing because while they are responding to the finished product, they are also responding to the process of creating that product.

They know what it took.

It doesn’t make their appreciation better than that of any other audience member.  It is a different connection that can, frequently, lead to new work and new ideas.  Which is super cool.

If you want to know why I hang out with these amazing people for the better part of two weeks, that’s one of the many reasons why.

A really nice blend of physical comedy, magic, and a little bit of absurdism.  Neal Skoy inhabits the lead (in a show he also wrote) in a way that simply defies description.  Now, of course, I will try to describe it.

His character is clearly one that is on the brink of a complete breakdown.  Yet he maintains the cheerful, almost plastic, expression of an amusement park magician almost to the end.  There is no question this character is going to go horribly wrong.  The question is how.

The show is a comedy but that dark edge makes it extremely interesting.  I also enjoyed the fact he was performing magic tricks that didn’t totally suck and yet he made the tricks feel tired and a little simple.

There were a few times when the show dragged.  There was a cleaning lady character that was amusing and well performed but felt superfluous. Those are minor complaints, though.  The show was my favorite of the evening.

So Bright the Night

I thought the acting in this show was superb.  I think they represent the best cast I’ve yet seen at the Fringe this year.

The script was solid and interesting but gave me a few fits.  The younger sister, Paula, in particular, behaved in a way I found particularly frustrating.  I suppose that was, perhaps, the intent.  I was distracted, though, by her behavior because I wasn’t entirely sure I believed her motivations and I felt most of her decisions were bad ones.

As I say, that may well have been the intent.  If so, the play did exactly what it was supposed to do and I responded to it poorly.

Everything else about the show worked for me.  I think it is worth seeing for the performances alone.  I thought Matthew Saxe, in particular, did a fantastic job.  He understood the noir trope he was inhabiting yet made his character work far beyond a simple trope.  He was unlikeable but, oddly, honorable in his own twisted way.

On The Road to Verona

I’m familiar with Skyvault Theater from the Minnesota Renaissance Festival.  This collection of young actors, musicians, and singers put together a rapid fire adaptation of Shakespeare’s “Two Gentlemen of Verona.”  The raw talent on stage is remarkable as this group of teenagers trade instruments, sing songs, and recite Shakespeare.

Their biggest obstacle was volume.  Especially from the two young men playing the leads.  I had a very difficult time hearing most of their lines and when they were speaking Shakespeare’s actual words, they tended to get even quieter.

When I could hear the performers, though, the show was excellent.

The Pound: A Musical for the Dogs

This show is very much directed at kids and with that in mind, it is pretty delightful.  The story is not particularly deep and basically boils down to “you should adopt a pet from a shelter because they need good homes” but so what?  There were a bunch of people on stage playing dogs and it was pretty adorable.

Volume was again a problem as the show used a pre-recorded music track and it was occasionally too loud.  The singing was mostly very good.  The songs were fine but not particularly memorable.

I gotta give a big shout out to Zachary Kulzer.  At one point during the show, he was damn near hyperventilating for about five minutes and I have no idea how he didn’t pass out.  That commitment alone was super impressive.

The show is cute with a fairly simple message.  That was all it was ever intended to be and on that level, it does it’s job well.