Trump says alarming things and then smugly points out that everyone is talking about him.

He’s right.  But the good news, for now, is that it doesn’t seem to be working.  Trailing in every national poll, Trump has shaken up his campaign leadership again.  Maybe this time it will work.  I expect not because no matter how many smart people he has around him, he is still going to keep saying alarming things. 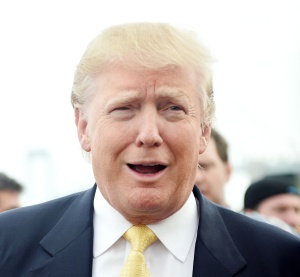 I’m betting I could convince these yahoos that Denny’s makes better food than Perkins!

In this case, there seems to be some sort of suggestion that even though voter fraud of the level Trump is suggestion is basically impossible, Hillary could pull it off.

Now voter fraud is no joking matter but if Clinton could pull off fraud at that level, she deserves to be President because her organizational skills are fucking amazing.

Although, one has to wonder how she could be so organized as to steal an entire state from Donald Trump but not organized enough to manage her e-mails properly.

If Clinton wins this election, she won’t have to cheat.  At this point, it would seem that all she needs to do is shut up and let Donald do most of the talking.

I know we are all told the media has a “liberal bias” but that doesn’t seem to extend to sports reporting where it is still very much about the dudes.  The Olympics place more women in the spotlight than any other sport but there is still a gender gap in how the spotlight is operated.

Consider, for instance, that almost every team sport has the women’s finals before the men.  The not so subtle implication is that the women’s medal isn’t quite as important.  The final event of the Olympics is always the men’s marathon.

Then consider the way reporters tend to stereotype female athletes in ways they don’t stereotype the men.  They say that the US Gymnastics team could be hanging out at the mall.  They talk about the men responsible for the women’s victories.

It isn’t even intentional.  I think it simply comes down to the fact that reporters spend most of their time not talking about women’s sports.  So when they ask Andy Murray what it feels like to be the first tennis player to win two gold medals and he corrects them, it isn’t because they don’t care about the Williams sisters.  It is because they just don’t think of sports as anything but something for men and by men.

Giuliani said that we didn’t have any terrorist attacks on US soil in the eight years prior to Obama being President.  That statement was, of course, wrong since 9/11 took place in 2001.

We all knew what he meant, though.  He didn’t forget 9/11 because he’d just mentioned it.

What he meant was that there weren’t any attacks by Islamic Fundamentalists after 9/11 until Obama got into office.

Which, I guess, is technically true.  If you consider how many Americans lost their lives due to attacks by Islamic fundamentalists over seas, the numbers get a lot murkier. 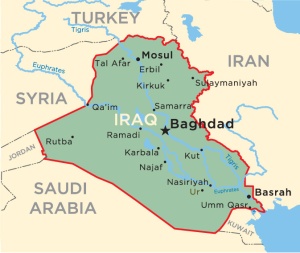 Why go after Americans in America when there are so many of them a lot closer?

We are, I think, focusing on the wrong things.  The problem here is that the reality of Giuliani’s statement is a lot more complex than just saying “what about 9/11 you fucking moron?”

And that’s the problem with politics in general.  We take complex problems and reduce them to a sound bite.  Then we quibble about the sound bite instead of the complex problem.  Is it any wonder a man like Donald Trump can find success in that kind of environment?

Gabby Douglas Gets Lambasted on Social Media Because People are Assholes

Four years ago, Douglas was the all around gold medalist.  This year, you might have heard someone named Simone Biles has been getting a fair amount of press for being, basically, Supergirl.

Douglas, by the way, doesn’t suck.  She finished third in the preliminaries for the individual all around competition.  Just behind two of her teammates.

Unfortunately for her, Olympic rules allow for only two members of any national team to move on to the individual all around finals and that meant Douglas was on the outside looking in.

I’ll get back to the treatment she received on-line in just a minute.  For now, let me just say that any rule that can result in the third best player in the world being unable to compete for the all around medal is kind of bullshit.  I mean, it’s great if some athlete from Kazakhstan finished thirteenth and got the opportunity to compete for gold.  That’s a feel good story.

But should it be at the expense of someone who had a really good chance to medal?

The only reason the US ladies didn’t go 1-2-3 in the individual competition may have been because they weren’t allowed to.  What the actual fuck?

Anyway, Douglas made the monumental mistake of looking a little bit surly when a camera was pointed at her for who the hell knows what reason and social media started calling her “crabby Gabby.”  Folks were also upset because she didn’t put her hand over her heart during the national anthem.

What nobody seems to remember is that we are talking about a 20-year-old woman who, it may surprise all of them to learn, has feelings.

But fuck her, right?  She shouldn’t be frustrated that she doesn’t get a chance to compete for a medal.  Never mind the fact she was in the stands watching her teammates.  She wasn’t smiling the whole damn time.

And she didn’t cover her heart so clearly she hates America.  Let’s Twitter bomb her!

Being in the public eye means you have to accept people will pull shit they don’t pull on private folks like me.  Like maybe they will question your patriotism after you won a gold medal.  Or something.

I just don’t get why anyone thinks doxxing people is a great idea.  If you hate the Democrats, vote them out of office.  Don’t make their cell phone number available so other people can harass them on your behalf. 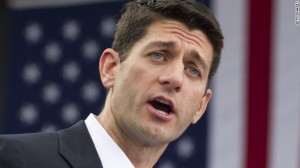 I mean seriously, why haven’t you figured out a way to have Republicans control the House of Representatives???

Especially puzzling to me is the hypocrisy inherent in the act of hacking this information.  On the one hand, you are suggesting that information should be available to anyone who wants it.  On the other hand, you are using an alias and hiding your own identity.

If you are going to dox someone, I feel like you should include all of your own personal information as well.  If you honestly believe harassment is totally OK, you should be OK with getting harassed.

Don’t give me that bullshit about not wanting to go to jail.  You’re just being selfish.

I know I keep Harping on Trump, but I’m Concerned that his Supporters are Super Out of Touch with Reality

In two separate instances this week, Trump supporters were shown satirical ads and because they are so completely convinced that Trump is the savior of America, they were somehow incapable of recognizing the absurdity in front of them.

One group was shown a series of TV ads that would seem to have obviously been bullshit. Their responses were to suggest ways to “improve” Trumps ideas that included locking illegal aliens in port-a-potties and transporting them back to Mexico.

Because all illegal aliens come from Mexico.

Then, Trump quotes were place on pictures of Hillary Clinton and Trump supporters didn’t even recognize they were his quotes and not hers.

Now I think we all need to remember to check our sources.  On literally everything on the internet.  You should probably make sure I’m actually writing this blog.  I mean I say I am but you don’t know me.  Maybe I stole this entire paragraph from Abraham Lincoln.

What I’ve seen from Trump supporters is the constant inability to recognize that their guy can do or say anything wrong.  They will retrofit everything he says even if he didn’t actually say it.

It’s like we are all trapped in the political equivalent of Jessica Jones.  If Trump looked like David Tennant, maybe that wouldn’t be so bad.

PS:  I posted a new short story this week.  It is a revenge horror piece and has some elements that require a trigger warning.  But if you are OK with that, check it out.  Thanks for reading my blog!