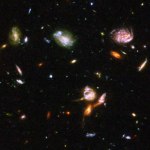 This week’s story is a more humorous piece that grew out of a character name.  I came up with the name Ambassador Krellnik, which sounded vaguely alien.  From there, I built a story about Krellnik, who, I presumed, was rather boring.

Most of my science fiction is strongly rooted in some hard science principles.  Like the idea it takes a really long time to traverse interstellar distances.  Here, I dropped all of that because science fiction can be exactly that – fiction.  Laws of physics need not apply. And when I’m trying to write something that is more comic, I find breaking the laws of physics slightly more acceptable.

As always, if you enjoy what I’ve written, please feel free to share, comment, critique, or do nothing!  It’s all good!

Ambassador Krellnik was on hold.  As he prepared to give his weekly report, he wondered what bureaucrat he had angered to receive this assignment.

It was the operator.

“I’m sorry – the High Booftent assigned to your post is still busy.  Do you wish to continue to hold?”

Krellnik’s call was scheduled for the same day and time every week.  There was no question Booftent Hefflecrip was aware of his call.  It could be assumed, then, that Hefflecrip was attempting to avoid his duties.

As punishment, Hefflecrip was able to get Krellnik assigned to the most backwater ambassadorship he could find.

Then, in a moment of extraordinary bad luck, he was assigned as the High Booftent for that ambassadorship.  As a result, he spent an hour on the galactaphone with Krellnik every week.

He rapidly learned that Krellnik was intelligent, thorough, and unbearably boring.  Their weekly conversations were so tiresome, he had been careful to take a brief nap before Krellnik’s call as he had a tendency to snore and sleeping through an ambassador’s call was grounds for demotion to ambassador.

Krellnik was, it would seem, the only individual in the Uctheran collective who actually enjoyed being an ambassador.  Every other member of his race would much rather clean Uctheran bathrooms, which were roughly the size of a large industrial kitchen.

Hefflecrip started awake.  He’d been having dreams of dancing in the pools of the golden moon Yrgten.

“Booftent, Ambassadr Krellnik is awaiting your attention for his weekly report from the planet known as ‘Godforsaken Rock.’”

“I’m sorry, Booftent, that’s what he called it.  I believe the locals refer to it as ‘Earth.’”

Back on Earth, Krellnik was drumming his seventeen fingers forcefully against his custom-made Earth chair.  Given the differences between human and Uctheran anatomy, he had spent his first six months unable to sit without returning to his inter spacial transport.  After that ordeal, an extra fifteen minutes on hold was unpleasant but hardly a major challenge.

“The Booftent is available to speak now.  I’ll patch you through.”

Across the spacial void, the image of Booftent Hefflecrip appeared on the galactaphone screen.  He smiled and began the five minute series of ritual gestures that were used as a greeting by the Uchtheran bureaucratic corps.

“Spare me the pleasantries, Booftent,” Krellnik interjected, “I’ve been on hold for almost six Earth hours and I should like to get my report over with.”

“Very well, ambassador, have you managed to meet with the Earth leader yet?”

“As I explained in some detail last week, Booftent, there is no one leader for the whole of the Earth people.  Instead, they have small geographical regions separated by lines that appear on maps but I have yet to locate on the actual ground.  These geographical regions have their own rulers but none of them report to an kind of planetary government.”

“So have you met with any of these leaders?”

“Oh yes.  I can’t stop meeting with them.  There are hundreds of them and I am the first representative of an alien race to have visited their planet.  Despite their near constant rhetoric opposing aliens, they all seem fascinated with me.  Each wants me to support their individual government.  Of course, I tell them I must remain neutral in such affairs and I’m simply here as an observer but still they shower me with expensive gifts or, rather, I should say gifts that are of value to the Earth creatures who present them but whose value to me is little more than…”

As Krellnick droned, Hefflecrip felt himself starting to doze.  The first few minutes were always the worst.  If he could stay awake for just a bit longer, he felt he’d be able to endure the rest of the hour.

“…as I’ve informed them my stay will continue indefinitely, they are doing me the courtesy of constructing a Uchtheran bathroom so I don’t need to return to the inter-spacial transport every time I am required to relieve myself.  The expense of this construction project is being shared by several of the wealthier geographic regions as I’m led to understand the costs of such an undertaking are quite large.  One of the traits I admire in this species is their ability to relive themselves of waste with such a minimal amount of effort…”

“I’m sorry, are we talking about their bathroom habits now?”

“Indeed we are, Booftent.  I find it is remarkably important to understand how a new species evacuates the waste products of their food.  Bathroom usage can dictate  a great deal of other behaviors.  For instance, this species has two distinct evacuations.  One is sometimes referred to as number one and it is liquefied.  The other is called number two…”

“I think that is all I need to know about that, ambassador.”

As awkward silence followed.  Hefflecrip disliked Krellnik when he was silent as much, if not more, than when he was talking.

For his part, Krellnik found Hefflecrip a completely disconnected paper pusher lacking any interest in the most basic duties of examining and cataloging the species that shared their galaxy.  He was fairly certain that when Hefflecrip was going through the motions of transcribing their conversations, he was, in fact, connecting to the computer systems of Earth and uploading pornographic images of the local species.

All of these assumptions were completely correct.  Hefflecrip had never filed a single report on Krellnik’s behalf.  His computer was, instead, filled with a great many pictures pulled from Earth.  Some were arousing.  Many, however, he simply found puzzling.

“What else would you care to have me include in my report?”

Hefflecrip thought about this for a moment.  He honestly cared very little about anything Krellnik had to say.  Why should he? The Uctheran collective had once viewed their interstellar outreach program as a shining example of galactic partnership.  As they discovered more and more inhabited worlds, however, the sheer volume of information had become almost numbing.

Thus the role of ambassador had become a job no-one wanted.  Who would wish to leave friends and family behind only to issue weekly reports that no-one read or – in the case of Hefflecrip – even submitted?

Krellnik remained convinced that one day, his role in the collective would be appreciated once again.  His blind adherence to a dying system was another reason Hefflecrip found him so annoying.  Every other ambassador who reported to him would simply file a recorded report every few months.  He would archive them without even listening.  They could have been filing the reports from home, having left their assigned planet years ago (many of them did).

But once a week, he was forced to talk to the one member of the collective who still felt the diplomatic corps had meaning.

“Have I told you about the most interesting members of this species?”

“They are called ‘hackers’ and they are gifted at infiltrating the computers of other individuals.  This behavior is strange to those of us in the collective because, of course, we have long believed personal privacy is unassailable.  Since we do not expect anyone to infiltrate our lives unless we allow it, we have not developed any kind of security system to prevent such infiltration.”

“Indeed.  What is especially interesting is the fact they had downloaded basically the entire database of the collective within fifteen minutes of my arrival on this planet.  Over the last several months, they have been analyzing the information contained therein.  Mostly on something called ‘Reddit.’”

“It appears they have determined the collective has become bloated and antiquated and they feel their species is best equipped to take over our expansion programs.  Currently they are building several transports using our specifications.  They have improved greatly upon our weapons systems as it seems they are tremendously inventive in this arena.”

Hefflecrip, by this point, had foolishly tuned out what Krellnik was saying and turned his attention once again to downloading pornographic images of the Earth species.

“Further, they have developed something they call a worm, which can infiltrate an unprotected computer, such as yours, causing it to shut down.  Or, if they wished, it could proceed to infiltrate the entire system to which that computer was connected, causing it to shut down.  As you can imagine, this would be a significant problem for any system that as – say – the entire technology of a planet housing every governmental official of a large, interstellar collective.”

Krellnik paused.  Hefflecrip nodded to indicate he was paying attention although he clearly was not.

“Within moments, the residents of Earth will begin squabbling over how much control each of them will have over the communication network Booftents such as yourself have squandered and ignored.  It is not a perfect solution but it seems to me that this information is better off in the hands of those who care about it’s use, even if they cannot agree how it should be used.  This will be my final report.  I do so hope you have been recording it.  Good day, Booftent.”

Hefflecrip reflexively began the elaborate signing off ritual.  Krellnik cut him off curtly and shut off his galactaphone, on which he’d installed something his Earth friends called a “firewall.”

Light years away, Hefflecrip sat dreading the next call from Krellnik.  When that call never came, he rejoiced that perhaps he was free of the ambassador forever.  In a sense, that was true.  He would never speak with the ambassador again.

However, he would never report to his superiors that the Earth species had infiltrated their computer system.  He would never tell them that their weapons had been compromised and they would be unable to stop the armada of ships from Earth and other planets inhabited by ambassadors just as frustrated as Krellnik.

The Uctheran collective would fall.  And due to it’s own complacency, it would not even know why.