Dear liberal friends.  We had a bad election.  We are going to have a bad run here and the conservatives are going to do a lot of stuff that makes us angry.  At least fifty percent of the time, our anger will be justified.

Some of the time, though, we need to make sure we understand what is making us angry.

Earlier this week, a friend posted this article with the headline “Dino’s Gyros Cans Employee who Took off for ‘Day Without Immigrants’ Protest.”

Now it is true Dino’s Gyros canned an employee who didn’t show up for work and it is true that employee was taking part in the day without immigrants protest.  This headline would make you think Dino’s Gyros were Capitalist fucks who didn’t give a shit about causes important to their employees.

The truth, which we see if we read the whole article, is that they admitted they should not have fired him because he was participating in a legal strike and they offered him his job back with a raise.  He turned it down.

Then there is this story which has the headline “Oklahoma Legislature Just Passed the Most Oppressive law Against Women in History.” 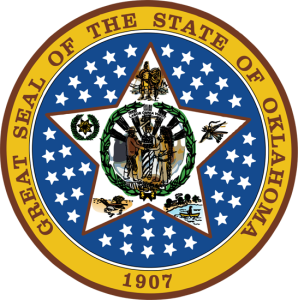 I checked the great seal for the state of Oklahoma and it doesn’t say “fuck women” anywhere. Not even in Latin.

In this case, the law in question is pretty horrible.  It requires a woman to get permission from the father before she has an abortion, which is some seriously misogynistic bullshit because it takes a woman’s control of her own body away from her.

But – and given the headline this is super important –  the law hasn’t passed yet.  Later in the article you will read that it has only been passed out of committee.

And believe me, if the legislature actually passes this law as it is written, I’m going to be bringing it up again.  And I will find an opportunity to refer to Oklahoma lawmakers as “controlling gibbons who care about the lives and health of women only slightly less than they care about the lives and health of babies once they are born” when that happens.

All the bad laws in the world don’t justify a headline that is demonstrably untrue.  In a world where the term “fake news” is used as a weapon, we have to be doubly sure we are precise.

Because I am trying to keep myself to one Trump article a week, I am continually making tough choices.

I was going to use this spot to question why the White House seems so dead set on lying about how many holes our golfer-in-chief plays over the weekend.  I honestly don’t care how often he golfs but I do care when the White House lies about it.

I was all prepared fore some golf jokes.  So much so, I just used one.

Then Trump repealed Obama administration protections for transgender students and the golf jokes got sliced right out of my post.

The repeal is interesting because even Betsy DeVos, who is hated by pretty much every liberal with an opinion, doesn’t like it.  She was basically ordered to sign off on it.  It sounds like that really teed her off.

So Trump, who tried to pretend he didn’t have a problem with transgender men and women peeing in the bathroom of their choice, has repealed a protection for those individuals during the most vulnerable point in their lives.

I have no doubt Mr. Trump has access to statistics regarding suicide rates among transgender teens.  If history is any guide, we have no idea if he actually believes those statistics.  Perhaps we should have a professional golfer explain them to him.

But the issue here is that the administration doesn’t want to defend them.

And I guess you must have priorities.

What a shame that their priorities seem to be focused on an unrealized threat from countries who have been responsible for a sum total of zero terrorist attacks on US soil rather than on the well-being of at risk teenagers who just want to go to the bathroom in peace.

Mensez, which sounds curiously like a product women should use because dudes want them to, is a product that allows women to glue their labia together during menstruation.  All they need to do is urinate and the glue washes away, along with that pesky menstrual fluid!

The Chiropractor in question is a male who apparently didn’t test his product on an actual woman.  Or speak to a woman.

Or, I think, understand glue.

Unfortunately, Snopes informs me that “Blucher” is not the German word for “glue” and that means there is literally no reason for me to include this picture here. Fuck those liberally biased assholes at Snopes!

His idiotic product won’t work but he is convinced that the real reason people object to his innovation is because he’s a man.  If by “man” he means “a man who doesn’t understand anatomy” then he is correct.

I think people would be making fun of him more if he were a woman because women know how their own bodies function.

James Green, former Vice Chair of the Wasatch County GOP sent a letter to the editor in which he argued that women should not be paid as much as men because if women were paid more, businesses would compensate by paying men less.  This, he argued, was “simple economics” based on the idea that, I guess, businesses are dumb.

Most women want to stay home and raise families.

Most men want to leave home to raise money for their family.

If women are paid as much as men, they will want to work rather than stay at home.

Also, men will make less, which means women will not be able to stay home and raise families.

Therefore, equal pay will result in more women entering the workforce and we want to discourage that kind of behavior.

The bill that convinced him to display his sexist views to the world, by the way, would, among other things, commission a study to determine if there is a pay gap.  That’s part of the problem, we should all realize, because we already know there is a pay gap.

Even James Green acknowledges there’s a pay gap.  He just thinks we need the pay gap so women won’t do manly things like try to have a job.

White House Blocks CNN, New York Times, and Others from a News Briefing

In general, I’m concerned about how openly hostile the current administration is to any news media who doesn’t kiss their ass.  This story is about a passive aggressive little tactic meant to remind all of us who was in their doghouse.

Now we need to consider what this story is and what it is not.

CNN was barred from an off camera press briefing called a “gaggle.”  This isn’t a regular briefing in the main press room so typically not every member of the media is invited.  On the one hand, it might make sense that CNN wasn’t invited this particular time.

On the other hand, you have highly biased (like actually biased) sources like Breitbart allowed into the room.

I’m pretty sure if Trump were a race car driver, his main sponsor would be Breitbart.  Has anyone checked to see if he’s wearing a patch somewhere?

And you have CNN, which has been regularly lambasted by the administration.

This this is a smaller briefing in which not every member of the press would be allowed. But the media that was disinvited was not an accident.

What is happening here is an attempt to discredit any news organization that doesn’t report news the way the administration wants it reported.  Does it hurt CNN to miss out on this briefing?

In the sense that they get the news a little bit later than everyone else, yes.  In the sense they instead get to control the news cycle by making it about the snub, no.

Ultimately, though, what is being done is a consolidation of support.  By encouraging their core constituency to ignore news from any sources that might be critical of what they do, they essentially ensure their base hears only what they want their base to hear.

It is a strategy employed by bullies.  Given who we elected President, that shouldn’t really surprise anyone.  But I continue to be baffled as to why it doesn’t concern all of us.

And finally, I’ve posted a new short story this week.  It has been about a month since my last story and I’ve been wrestling with this one for a while.  If you enjoy my political rants, you might enjoy my fiction.  Give it a try!