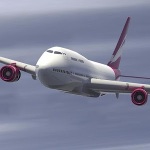 I was on an airplane when I started writing this next story.  That might give some indication of my inspiration for what followed.  I was also thinking about how I’d like to write a fantasy story because I’ve not written one of those in some time.

So I hit on this, which takes a rather strange and wacky turn in the middle.  Right now, I feel like I need to re-work the opening and turn it into a radio script for CONvergence this year.

I hope this one makes you smile a little.  As always, I appreciate anyone who takes the time to read my story and definitely anyone who choses to share and/or comment!

The woman next to her prattled on, seemingly oblivious to the fact Kylie was trying to get some work done.  She had opened her laptop as soon as the flight attendant had announced it was allowed and began punching numbers into a spreadsheet.

Her traveling companion didn’t seem to care.  The stories flowed out of her mouth in a stream of consciousness fashion that suggested she didn’t get to talk to people very often.  Then again, perhaps she was just nervous.  Kylie had a tendency to make people nervous.

“…I’ve flown overseas once or twice and I always wonder to myself if I might be able to see ships on the water.  That’s why I always ask for a window seat when I’m flying overseas.  I’ve never seen a ship but the ocean is so big and I just figure I must be looking in the wrong place so I tell myself I’ll bring binoculars the next time…”

When she pulled out her headphones and plugged them in, Kylie thought that might have been a hint.  All it seemed to do was get the woman to talk lounder.

She was used to people noticing when she boarded a plane.  Lots of look-but-try-to-make-it-seem-like-you-aren’t-looking glances would be directed her way.  Flight attendants would apologize because they weren’t sure what she might like to drink.  Children would ask if they could touch her skin and embarrassed parents would apologize and shoo them back to their seats.

It wasn’t unexpected.  Sometimes, though, she just wanted them all to recognize she was just trying to get through her day.  Same as them.

Kylie became aware of a strange silence.  Her companion had stopped speaking and was looking at her intently.  It seemed as if she was, suddenly, interested in starting a conversation.

Removing the buds from her ears, Kylie apologized that she hadn’t been listening because she was working.  Which should, she thought, have been obvious.

“Oh that’s all right, dear.  I was just asking – and I hope you don’t think it rude that I bring it up but – well – I’d always been told that dragons could fly?”

Well there it was.  At least the conversation was out in the open.

Kylie couldn’t hide the pearlescent scales that covered her entire body or, for that matter, the claws that made typing on a laptop a frustrating challenge.  It had been several years since her species had decided to give up their disguises and live openly in a society that had, slowly, grown more accepting.

Dragons were still comparatively rare and it gave them all celebrity status.  Most of her species craved attention so that was completely fine.  Kylie did not.  She was content to work in a regular office with regular people so when the word came that the high dragon council would no longer fund the necessary disguise spells she relied on for relative anonymity, her life had changed in any number of unwelcome ways.

Uncomfortable questions about the capabilities of dragons was just one of them.

She sighed, “yes, we can fly.  However, flying overseas is quite tiring and it is hard to get work done.  So for longer trips, I do choose to travel by plane.”

Kylie had almost managed to get the buds back into her ears but she realized now that she wasn’t going to get away with answering just one simple question.  She could see other passengers had started to listen and like it or not, she was an ambassador for her species.

“I’m an efficiency analyst.  Corporations hire me to review their procedures to see if I can find ways to save them money without sacrificing the quality of their product.”

“Are a lot of dragons efficiency experts?”

“No.  Most of my species enjoy being in the public eye.  They like politics, acting, music, professional sports, those sorts of things.”

“And do you have a lot of opportunities to use your fire breath as an efficiency expert?”

“That’s a common misconception, actually.  Honestly, very few of us can breathe fire.”

“You know, since we’ve come out, several members of our community have written some excellent books explaining most of this…”

“Oh yes, I know!  I really prefer true crime stories myself and I honestly never expected to meet one of you so I hadn’t really thought about most of this.  I mean, there aren’t any dragons in my neighborhood.”

Kylie nodded.  There weren’t a lot of dragons in anyone’s neighborhood.  The fact dragons preferred to live on the tops of mountains or in caves meant the chances to have a dragon next door were slim.  She had satisfied her own taste for high places by locating her offices on the top floor of a skyscraper.  When she was still in disguise, it took considerable effort to ensure her employees never noticed the fact she didn’t use the elevator.  These days she didn’t need to make a secret of the fact she flew to work.

“No.  I suppose not,” she answered patiently, “simply put, we all have some sort of unique breath weapon but given the dragon wars are long over and we’ve enjoyed almost seven hundred years of peace, most of us don’t use them any more.  Fire is one common element of a  breath weapon – although all of them are a little bit different.”

“I read about one fellow who uses it for sculpture!”

“Yes.  That’s Vikram.  He has blue fire breath.  He uses it to heat up glass and metal and then he shapes it with his bare hands.  Dragons with fire breath have skin that is very resistant to heat.”

“So what kind of breath weapon do you have?”

Kylie knew she should have done a better job deflecting the conversation to other topics.  Now she was stuck in the worst of all possible topics.

“Come on now!  You shouldn’t be so ashamed.  You have a special gift!”

“I’m sorry but I have to say that a breath weapon of any kind doesn’t sound dumb to me, I don’t have one. And neither does anyone else on this plane!”

Kylie closed her eyes.  She was constantly being reminded that it was the job of every dragon to help cultivate good relations with humans.  Now was one of those times where she was expected to ignore her own pride for the good of her brethren.

“So what is your special gift, dear?”

“One of these people listening is going to laugh.”

Everyone around her shook their heads.  They probably even meant it.

Kylie took a deep breath.  She might as well say it.

She could see the lips of her traveling companion twitch.  She heard a few coughs that were definitely suppressed chuckles.

“No,” Kylie ranted, “it doesn’t, does it?  I mean, there you are, a young dragon and you reach your 100th birthday and you have a big party to celebrate your breath weapon.  And everyone is there.  Your family is there.  Your friends are there.  Last week, your best friend Ursula has her breathing party and she spits out a ball of electricity.  Her cake literally exploded!  It was amazing.  So you are hoping you’ll get something equally cool like a ball of laval or spider webbing or something. So you get to show everyone your breath weapon for the first time and you cough up a banana cream pie.”

“Yes.  Fully cooked.  It’s cruel, when you think about it.  Oh sure, the dragons that can breathe acid are fine.  But my friend Leopold breathes leaflets.  LEAFLETS!  At his breathing day party, his parents told him that he might be able to cause wicked paper cuts while his guests were sneaking out as quickly as possible.  Why does it have to be a public event?  I mean…”

“No.  I can literally breathe any kind of pie I want.”

“Dragons are magic.  How do you think I can fit myself into an airplane seat?”

“Technically…yes.  I can do it any time I like.”

“What if I wanted a hot apple pie?”

Someone else chimed in “what about a pumpkin pie?”

From another corner, someone called “fresh strawberry pie?”

“Any kind of pie,” she assured them.

Another person shouted “what about chicken pot pie?”

“ANY KIND OF PIE,” she insisted.

The plane was quiet for several minutes.  Kylie pulled out a tissue and dabbed the tears that were starting to pool in her eyes.

The rest of the people around her began nodding in agreement.

“Ladies and gentlemen, this is your Captain speaking.  We’ve begun our descent into the Berlin international airport.  We should be on the ground in about twenty minutes.  At this time, our flight attendants will start preparing the cabin for arrival.”

“It has been so interesting to meet you.  My name is Harriet.”

Harriet held out her hand.

The two of them shook hands and Harriet smiled.

“Can I…can I ask you one more question, Kylie?”

“Could you..could you make me an apple pie?  I’m going to see my grandson and I just don’t think he’ll believe my story any other way.”

Later, after the plane landed, Kylie walked out of the ladies room with a piping hot apple pie and she handed it to Harriet.

Kylie nodded. “Thanks,” she said and then added, “you’re going to want to use a different bathroom.”

One response to “Short Story – A Long Flight”