Look, I honestly believe that someone charged with a crime should serve their time but then they should have the chance to live their life.  People make horrible, awful, stupid, mistakes and sometimes we need to be big and forgive them.  Give them a chance to be better people.

We aren’t, generally, interested in such things.  We are interested in placing people into the category of “generally a good person” or “they should be dead.”

So anyway, Bruno Fernandes de Souza was a star goaltender in the Most Popular Sport in Every Country But America (TM) and he had his girlfriend murdered and fed to dogs. He was sentenced to 22 years but after only six years, he was released on a technicality.

So what happened next?  He got a chance to play Soccer again.  Because he’s that good.  Or at least he was. 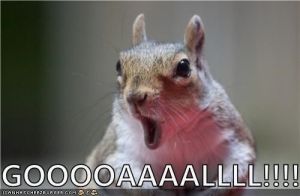 I am grateful my life has reached a point where I had need of this image.

I might even be able to deal with that if he wasn’t an insufferable jackass.  He basically categorized what he did as “a mistake.”  To be fair, he did say it was “a serious one.”

And here’s the thing – he’s has a skill that is important to a lot of people and that means he will get as many chances so long as he’s still good at it.  And that’s the bullshit message of this story.

You can get away with murder.  As long as you are a celebrity.

Trump Corner: Donald Trump, Jr. is as Committed to Bullshit as his Dad

It really is a challenge holding myself to one Trump article a week.  I’m also trying to avoid most of the really big stories because, frankly, my blood pressure can only handle so much.

So this week, I’m just going to observe that the son of our golfer-in-chief seems just as committed to being an asshole on Twitter as his old man.  I guess that his father should be proud.

After the attack in London this week, Junior tweeted that London mayor Sadiq Khan said “terror attacks are a part of living in a big city.”

Now if Khan had said that in direct response to the attack this week, it would have been accurate but poorly timed.  Thing is, he said it months ago.  His response to this week’s attack was defiant and appropriate.

No, Junior, you should just comment on the ones that are bullshit.

So…I guess every one.  Yeah.

So a girl at the school was selling something called “water snake wigglies” and they looked a little bit like a sex toy.

By “a little bit like a sex toy,” what I mean is they were cylindrical and about six inches long.  So kind of shaped like a penis.  If you assume that everything that shape is supposed to be a penis.

Which, apparently, the school principal did. 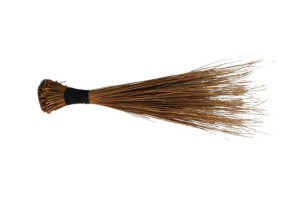 The principal reportedly pulled the 12-year-old girl out of a basketball game and yelled at her in public.

Then she was suspended for three days.

I’m going to note that the girl had permission to sell this product from her teacher.

Maybe I’m out of line on this but I feel like someone overreacted and I don’t feel like it’s the 12-year-old girl who learned about sex toys from her principal.

Man who Raped a Drunk Teenager is Sentenced to 18 days in Jail.  Less Time Served.

He’s actually only going to serve fifteen days after pleading guilty to raping a fifteen-year-old girl.

So he is about to serve a jail sentence only five times longer than a twelve-year-old girl’s suspension for selling something that looked (kind of) like a dick.

I realize these are two different stories but they kind of help indicate our massively out of whack priorities, you know?

One the one hand, we take a little girl out of school because little girls shouldn’t know anything about sex.  On the other hand, we don’t really see any reason to punish someone for raping a little girl!

Now someone (who is an asshole) will point out that this fifteen-year-old-girl was drunk so maybe she wasn’t so little.

That doesn’t mean she suddenly became sexually available.  And when someone like this dude made the decision that she was sexually available (even though she was lucid enough to say “no”), he should have had to face some sort of consequence.

It’s unpleasant but it’s over in a hurry and there aren’t usually any lasting side effects.

Teen Admits to Making up a Rape Claim

So here is the other side of the rape coin and I hate to even bring it up.  In Texas, a teenager ran into a church in her bra and panties and claimed she’s been kidnapped and raped by “three black men.”

She made the whole thing up.

The problem is, this one lie is what makes far too many people doubt every rape allegation.  This one kid who was easily caught in her lie means every other woman who claims she was raped is viewed as a liar until the claim can be almost irrefutably confirmed.

It’s something that pisses me off about police procedurals because literally every one of them has a storyline where a woman claims she was raped and it’s a lie. 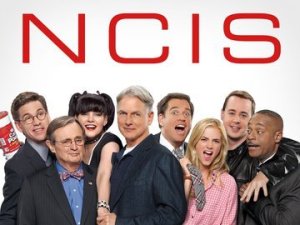 These stories create a false narrative about rape in our country.  They create a narrative that women are just aching to use rape as a weapon to get back at someone.

They generate suspicion and doubt instead of sympathy.  And they make it harder for victims to ask for help.

So I’m pissed at this teenager from Texas for making up a rape claim because she just made it that much harder for the next woman who is actually raped.

And she blamed on three black men so she managed to make things harder for people of color as well.  Way to go!