Sorbo is a Conservative Christian and while I don’t agree with him on…well…most anything in the political arena, that’s his right.  So it doesn’t piss me off that he is speaking at a big old anti GLBTQ  “values voters” conference more that it pisses me off that the conference exists.

I will note that twice divorced Donald Trump is also speaking at the “values voters” conference so I begin to wonder exactly which “values” are important to these folks.  Apparently dumping your wife for a younger model is a completely acceptable value.

But Sorbo, star of the immensely popular (in Conservative Christian circles) but objectively horrible God is Not Dead, is outspoken about one thing that really bothers me – how persecuted he is for being a Christian.

In the article linked above, he talks about how he had trouble getting jobs after he “came out” as a Conservative Christian. I mean, his acting in “Hercules” was amazing so he should have been working all the time. I don’t know when he “came out” but I see he was in an obscure series called “Andromeda” for five years. 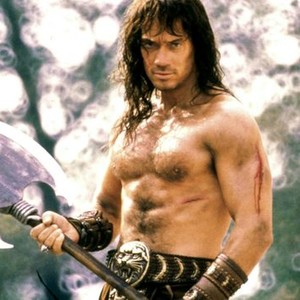 He was also in Kull the Conqueror. If you’ve seen it, I’m very sorry.

I mean, did David Schwimmer “come out” as a Conservative Christian?  Because he hasn’t had a ton of work since “Friends” went off the air.

How about every actress in Hollywood who is over forty?  Did all of them “come out” as Conservative Christians?

Sorbo’s bullshit idea that he had trouble getting work because of his Christianity doesn’t hold up to the number of credits on his resume.  On the other hand, given how many of those credits are shitty Christian apologist films, his narrative is probably very useful in getting him roles in those kinds of films.

And I’ll bet those roles pay.

Chloe Bennet Changed Her Name So She Could Work

So speaking of having trouble getting work  (which is actually not a problem for Kevin Sorbo) let’s talk about racism for a minute.

Chole Bennet, star of “Marvel’s Agents of S.H.E.I.L.D” was challenged by a fan because she changed her last name.  She is half Chinese and her birth name is Chloe Wang.

Her response was to point out that she changed her name because she wanted to get work.  She has pointed out in the past that she was unable to get a job until she changed her last name.  Then, all of a sudden, she was getting cast.

Now you can say that it isn’t racism but if you do, you probably aren’t Asian.

I don’t know why she’s being challenged.  Actors have been changing their names since people started acting. Nobody gets on Madonna for changing her name, do they?  Or Marilyn Monroe?

The thing is, actors like Bennet have a way harder time getting cast because Hollywood would still rather give Asian roles to people who aren’t Asian.

And Once Bennet is over forty, her last name will no longer matter.  Sorry, Chloe.

Maybe you can get work playing Kevin Sorbo’s mom in one of his Christian films.

This article reads like a conspiracy theory but it feels more believable than most.

This week, Trump rescinded the DACA, an executive order meant to give what amounted to amnesty to undocumented immigrants brought into our country while they were still minors.  Congress had been dragging it’s feet on passing a bill while Obama was President so Obama made an executive order.

Several Attorneys General have threatened to challenge the order in court because, I guess, fuck the children of undocumented immigrants.  I mean yeah, this is the only country they have ever known and they pay taxes and shit but we still don’t want them here because America is for Americans.

Trump has basically said he thinks these kids are great and he thinks Congress should pass the Dream act so that they hopefully don’t get kicked out of the country.

Sounds like Republicans in congress are willing to do it too.

As long as the bill includes funds to pay for Trump’s fucking border wall. 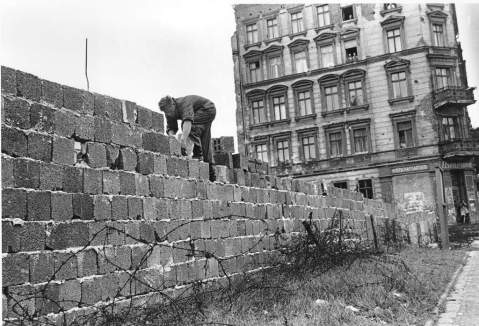 I feel like Germany could provide invaluable assistance when it comes to the amount of success they had with building a wall.

That’s the crux of all of it, it would appear.  Trump is using a bunch of Hispanic kids as leverage to build his stupid wall.  Because he knows the Democrats can stop it.

Now, if they try to stop that waste of money, they are screwing over a bunch of kids who are basically Americans but, you know, they aren’t American enough to stay here if we can’t build that damned wall.

It sounds like something Trump would do.  Because he cares more about his precious wall than he does about helping hurricane victims or kids who came to our country with their parents when they were too young to be able to make their own choices.

Bennett, a football player for the Seattle Seahawks, was detained by police in Las Vegas during a shooting threat.  He claims that an officer held a gun to his head an threatened to shoot it off.  He’s pretty pissed about it.

He also has been refusing to stand for the National Anthem.  Which we all know is super un American because if you won’t get on your feet for the Anthem, you probably also eat cheese with fish.

The police union is standing by their officer because that’s what police unions do.  They have gone a step further by asking the NFL to discipline Bennett for executing his right to free speech.  The NFL basically told them to fuck off.

In their message to the NFL, they brought up Bennett’s protest as a way, I guess, of pointing out that he’s an uppity person of color who clearly hates police and the military and America.  I’m not sure if they meant to imply he deserved to have a gun pointed at his head.

Bennett was detained for about ten minutes and he claimed it felt like an eternity.  And sure, you can argue ten minutes isn’t that long.

But when you are cuffed and you don’t know why (because you didn’t do anything wrong) and a police officer pointed a gun at your head, time might feel a bit different.

Eventually they figured out Bennett was a professional football player and, fortunately, that means he is above suspicion.  So they let him go figuring no harm, no foul.

But there was harm and it was a foul.  And Bennett pointed that out.

This whiner wasn’t happy in Chicago for whatever reason.  I mean you can read the article if you want but basically it comes down to “I was unhappy in Chicago and I blame Chicago.”

He tried to hit on some girls and they were mean to him.  But he wasn’t really trying to hit on girls. Except he was totally hitting on them.  At least he would have fucked any of them.

Oh yeah, he says that. I think that was the point where I crossed the line from being unsympathetic to his plight to being outright antagonistic. 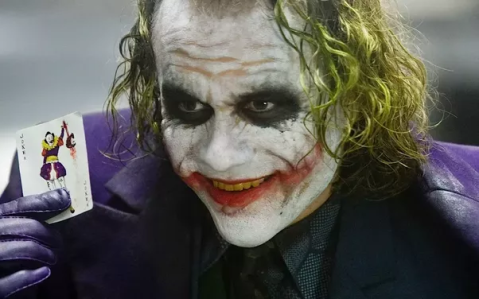 You want to see a magic trick? Let’s get this asshole to move!

I mean, maybe it’s you, asshole.  Maybe you are the problem.  And you are going to be the problem in the next city you move to as well.

In this guy’s case, though, his problem isn’t Chicago assholes.  He’s the asshole.

I don’t know how recent this particular click bait article was posted because I couldn’t find a date.  It could be really old.

Who cares, though, because it reinforces the idea that the only reason a woman is getting dressed is to please a man.  Doesn’t matter if she likes the way she looks.  It only matters if us dudes “get” what they are wearing.

Here’s the deal, guys, sometimes women dress to please us.  Maybe we are dating and they know we really like the way they look in a particular dress and they wear that dress for us.  It happens.

But that is a favor.  They are doing something nice for us and we should appreciate it.

Most of the time, they are dressing for them.  Maybe they are wearing something because it is practical and comfortable. Maybe they just want to look sexy to themselves.

Now us guys might think they are sexy as well.

This article isn’t about that, though.  It is about telling women that guys need to “get” everything they are wearing because we don’t give a shit if their clothing doesn’t have pockets, so long as it make some sort of sense to us.