Trump Corner – Trump Makes Dead Soldiers All About Him

And he lies about it.

But who gives a shit?  He didn’t lose a son or a daughter or husband or wife.  He just has to talk to the person who did.

I don’t like talking on the phone either. That’s one of the many reasons I never wanted to be the President you whiny jackass.

He also made clear that other Presidents (like Obama) didn’t write letters and/or make phone calls. Because he wanted to look better than them. Specifically Obama. He wants everyone to know that he is better than Obama in literally every conceivable way.

Except it was bullshit. He had no idea what other Presidents had or hadn’t done. And when he was called on it, he said, basically, “well, that’s what I heard.”

So it wasn’t his fault. Somebody told him that.

Nobody fucking told him that. He just wanted to make himself sound better than anyone else who has ever been President.  Except Andrew Jackson. And that should tell you a lot.

Also, when he finally called the family members, he fucked that up too.

Also, and this is important, our President is a sexual predator.

So a history teacher said he doesn’t really like to use the term genocide to describe what the Europeans did to Native Americans because – I’m guessing – he’s a white guy and it made him uncomfortable. Really, it was smallpox. Or something.

So a Native American student who had been hearing stories that were…different…spoke up and used crazy things called “facts” to dispute his arguments. He felt she was hijacking his class so he did the only logical thing, he kicked her out of the class.  You know, like an adult.

Teachers need to maintain decorum in their classes so I understand that sometimes you need to shut down a student who is challenging you. Even when you are dead fucking wrong.

In this case, though, the teacher took his revisionist ball and told a Native American Student she didn’t know what she was talking about.

I mean, at what point does your brain say “hey – I’m telling someone who’s ancestors were hunted, murdered, and lied to that it wasn’t all that bad – I wonder if I should stop?”

Apparently, with this guy, never.

If you read the entire exchange, Spencer starts by saying that, really, voting is a bad idea all around, calling mass Democracy “a bit of a joke.” Then he admits that he believes letting women vote is not necessarily a great thing.

And so we learn that the leader of the white supremacist nazi douchebag movement is a misogynist. Which, I think, most of us already knew.

But here’s the real question:

Why the fuck do we keep talking to this asshole? Why does the press call him up? Why do they let him say things into microphones? Why do they act shocked and offended when nobody would have to give a shit about what he says if we weren’t so busy giving him the opportunity to say it?

racist assholes are given credibility when we allow them to talk under the guise of free speech and newsworthiness.

Free speech means they can say whatever they want. Since when was it dictated we should listen?

If Richard Spencer wants to keep talking, let’s find him a deep hole where he can talk to anyone who is willing to jump down there with him.

But let’s not give any of them a ladder, OK?

An NPR poll found that pretty much everyone feels they face discrimination.  Even white people.

What some of the people in this article are talking about is not discrimination. I’ve lost opportunities to write something because the people putting together the show wanted more diversity.

That wasn’t discrimination against me. I wasn’t hurt because I was white. Or a dude.  Other white dudes still got to contribute.  Just not me. Because other white dudes were better.

They only notice when someone says “hey – I wonder what people of color think? Let’s listen!”

And then whites whine because nobody is listening to them any more.

Some local nursing student got a profile match on Tinder so he sent a “hey” to the young lady in question. That’s all he said. “Hey.”

The rules are simple and absolute. 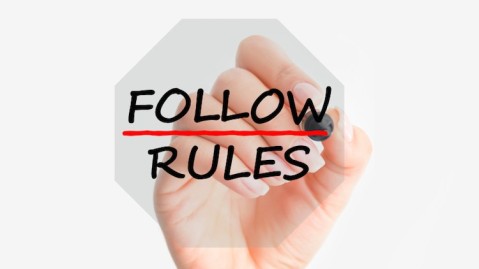 Just follow the fucking rules. How hard is that?

So she didn’t answer.

After a couple of months, he was apparently frustrated with her lack of giving a shit about the needs of a guy she had never met.  So he told her he hoped she would get raped.  Because it seemed like a proportional response, I guess.

She shared it with the world because fuck that guy.

The moral of the story is pretty simple. Don’t do this kind of shit because you might be outed on the internet.

Actually, it’s simpler than that. Don’t do this shit.