After Historic wins for Transgender Candidates, a Minnesota Politician is a Douche on Twitter

It should be no surprise that Twitter is where people go to be insufferable assholes. I mean, our President has made it his career (because he clearly doesn’t enjoy being President).

This week, off-year elections went pretty well for the non ruling party. I mean we are looking mostly at city council races, mayoral races, and a few governor races but still, the Republicans didn’t do great.

One could argue that happens when the highest ranking member of your party is an incompetent, bigoted sexual predator but perhaps that’s just me. 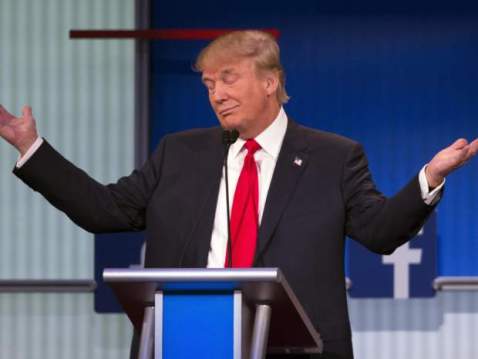 In case you were wondering, this is the incompetent, bigoted sexual predator I was taking about.

In Minnesota, Representative Mary Franson was a bit disappointed by the fact four transgender candidates won elections this year so she took to Twitter. Because that’s what you do when you want to make sure as many people as possible know you’re a transphobic jackass.

She tweeted “A guy who thinks he’s a girl is still a guy with a mental health condition.”

Which was her way of saying “fuck these transgender candidates, I’m going to publicly call them crazy.”

She didn’t call them “crazy,” of course. She used the more acceptable term “mental health condition.”  Which I suppose I should applaud.

But everyone knew she meant crazy.  And in an environment where the conservative talking points around gun violence are always about mental health, there is a veiled implication these people are one step away from shooting up a school.

Would she have made the same tweet if even one of these candidates was a Republican?

My guess is yes. Because she’s an awful person and if she wasn’t a Republican state representative in a heavily conservative district, she’d probably be out of a job in the next election cycle. But she is. So we’re stuck with her until she decides to quit.

In the wake of a mass shooting, it is common for politicians to offer “thoughts and prayers” to the victims and their families. It is literally the least they can do and, likely, all they will do in the wake of a horrible event.

Then they say it is too early to talk about gun control and really it’s all just a mental health issue (just like being trans) and check out my flag pin we live in the greatest country in the world veterans!

The criticism, which I think is fair, is that these people were literally in a church praying already!

It didn’t save their lives. Why should a bunch of prayers help them now?

So this jackass, Hans Fiene, argues that the prayers of the people in the church were answered. Because god delivered them from evil into eternal grace.

I know I’m a non believer so maybe I’m missing something here but even if you are a believer, isn’t that a pretty fucked up philosophy?  Isn’t it getting out of hand when you say, basically, this dude shot up a church but how lucky those folks were because they are now with god?  What does it say about the survivors?  They weren’t ready yet?  They should have stepped in front of a bullet to get some of the grace that mass murderer was handing out?

I also note that Fiene’s statements suggest the shooter was a non believer even though there is no evidence to suggest that was the case.

I mean, I give him all sorts of credit for engaging in the mental gymnastics required to tell us that people being shot in a church were actually having their prayers answered by god. That’s pretty fucking amazing, really.

Woman Flips off Presidential Motorcade and Gets Fired

This has gotten a lot of play this week so here’s the super brief rundown:

Woman is riding her bike to work and Presidential motorcade makes her ride a hassle. She flips it off at least in part because she thinks our President is a bigoted asshole sexual predator. Which he is. Someone takes a picture.

The picture goes viral and she realizes it is her. Even though she has nothing identifying her as the person making the obscene gesture, she recognizes it is her and tells her employer just to be safe. She loses her job as a result because “company image yadda yadda yadda.” 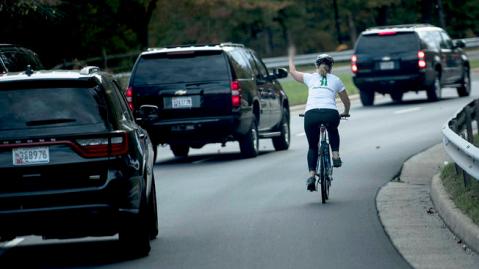 Personally, I would have given my business to that company if at all possible. So they missed a big opportunity there.

I’ve seen a few people say “hey – if a Nazi loses his job and we are OK with is, we need to accept this lady lost her job too.”

And I guess they have a point except someone who is a Nazi believes in killing people that aren’t like them and someone who flips off a Presidential motorcade is just annoyed because it is fucking with their day.

In the world of social media, everything we do is scrutinized and every action has potential consequences. That sucks in some ways (this lady lost her job) and is great in others (Nazis lose their jobs).

I do feel, however, that Nazis should always lose their job. I hope that we can all agree about that.

Alabama is holding a special election to fill a Senate Seat and because it is Alabama, we can safely assume the Republican is going to win.

Not so fast! Turns out the Republican candidate, Roy Moore, has been uncovered as a sexual predator. Turns out he was making unwanted advances on girls as young as 14 back when he was in his thirties.

Now you would think that people would be rushing to condemn him but that, unfortunately, is not how the modern Republican party works. Because when you can get a sexual predator elected President, you can pretty much defend anything a sexual predator does.

Alabama Auditor Jim Ziegler is a Republican (no surprise) and he has defended Moore using several really good arguments. First up, he says it was almost 40 years ago so seriously, he’s not the same guy.

Then he points out that he never actually had sexual relationships with these girls.  He only had a fourteen year old strip down to her underwear and fondled her genitals over her panties. But that’s not actual intercourse so what’s the big deal, liberals?

Then he says it’s probably a lie anyway because victims aren’t really victims if the victimizer is a Republican politician. Like the President.

He might as well say “I would rather vote for a sexual predator than a Democrat.”

But come to think of it, he kind of did anyway.

OK, so this doesn’t actually piss me off. But it’s hard to do anyway.

If you read my column every week (and there about 100 of you who do), I really appreciate it.

If you have a few bucks to donate to charity, I’m going to ask you to click on that link and donate $10 to Fearless Comedy. I’m Artistic Director of the company and I’m really proud of what we’ve been able to accomplish over the last several years.  We’ve worked with the National Park Service to produce a murder mystery show on the Jonathan Paddelford. We’ve created an original musical comedy about social anxiety. We’ve given several new playwrights and directors the opportunity to learn their craft.

This blog is all about looking at awful things and finding a way to acknowledge they are awful but also laugh just a little bit. Fearless is about finding the humor in life in new and challenging ways. So that’s why I’m asking regular readers to donate.

Give to the Max day is next Thursday and my team has a stretch goal that will piss me off.  If we can raise $500, I’m going to buy and wear a “There are some who call me…Tim” T-shirt at a public event.

You have to understand, I’ve heard that fucking joke from Monty Python and the Holy Grail so many times in my life, I can’t even watch that part of the movie. I love that movie but hey world – I get it. My name is Tim. Just like the character in that movie! 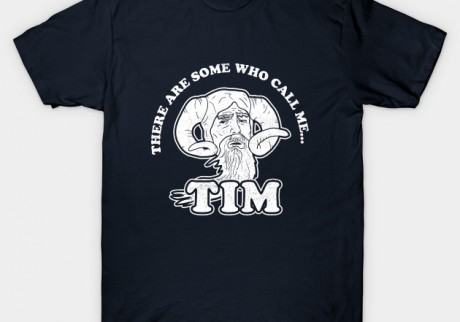 Can I get that bird flipping lady to do the same thing to this shirt?

I used to teach at the Renaissance Festival Academy for new performers and I would keep track of when the first rookie would make that joke to me. I never made it past the first week.

So I’m just saying – wearing that shirt would piss me off. So if you like things that piss me off, make a donation, OK?