I think we all know that I find the anti vaccination movement one of the worst things in the world today. It’s hard that I can rank anything above our President but as of yet, he has done less real harm. He still has three more years, though (fuuuuuuck).

This particular anti vax kook has an argument that really puts her on the fringe of the movement since she has managed to combine being a naturopathic nut with being a complete right-wing Christian crazy person.  It’s a neat trick!

She argues that vaccines can’t be good because god didn’t mention them in the Bible. Which, I must admit, is true.

What’s odd here is that right-wing Christians would freak out if I asked them why god didn’t mention cars in the Bible. Or airplanes. 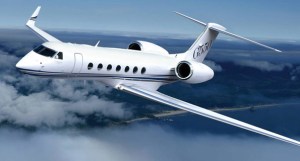 And verily did Jesus say “I could spread my word more effectively if all my followers could help me buy a private luxury airplane.”

Because it’s stupid. Whether or not god wrote the Bible, smart people can agree he didn’t bring up stuff like vaccines and cars because it wouldn’t make any sense to the people who were reading it when it was written.

If god had written “Thou shalt yield to the driver on the right when stopping at a four way stop sign,” the hebrews would have said “what the fuck are you talking about god?”

And god would have said “It’ll make sense in a few thousand years.”

And they would have said “can we focus on getting out of this desert right now and then figure out what you mean by four-way stop sign?”

A similar conversation would have happened had Jesus said “How blessed are the unvaccinated for they shall have a lower risk of autism.”

But hopefully it would have involved a fact checker to tell Jesus that the study he was citing had been discredited.

Texas Woman Sentenced to Prison for Five Years Because she Voted

Technically, she was sentenced to five years because she violated her parole. By voting.

As an ex-felon, she was barred from voting. So she engaged in voter fraud.

She claims she wasn’t aware and she probably wasn’t. And ignorance of the law is no excuse. I get that.

All because she voted. Which is what we want people to do, don’t we?

Never mind. We don’t want black people voting. Last time that happened, we had to suffer through eight years of Obama.

This one is a year old but I’ve only just been exposed to it. So let’s take a look! 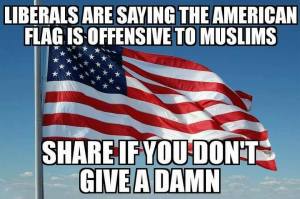 You know, I sometimes wonder about the conservative right because most of them are Christians and that means they think the ten commandments are important. But they still worship the American flag.

Anyway, back to the meme. I’ve been looking for evidence that liberals are saying the American flag is offensive to Muslims and while I only spent about two minutes doing so (because that was still way too much time to spend on this meme), all I could find were responses to this meme!

That’s right. The entirety of the dialogue around liberals claiming that Muslims find the American flag offensive seems to be sourced from the meme being pissy about it.

I know of zero liberals who think the American flag is offensive to Muslims and there’s a very good reason.

Now, there are some Muslims in some countries who are, rightly or wrongly, offended by their concept of America. And our flag is a symbol of America.

But that isn’t the same thing. And just because I’m a liberal who said that doesn’t mean that this is a liberal vs. conservative issue.

This meme literally has nothing to do with anything real. So that makes it a good meme, I guess.

I feel like this story is burying the lede a little. I mean yeah, some racist jackass went to a city council meeting and tried to point out that he used to live next to someplace called N_town but they don’t call it that any more so look how far we’ve come.

Surprisingly, a black city council member took offense at the fact the guy said N_town three times. I’ve no idea why that would bother him so much.

Most of the white population doesn’t seem to understand what the big deal is about. So they have this debate every year. And somehow nobody ever says “maybe we shouldn’t have this debate any longer because the Confederacy was built to support slavery and slavery was horrible.”

Except of course, people are saying that. But they are black. So who cares, right?

I think what this story (and the story about a black woman going to prison for five years because she voted) tells us simple. We don’t live in a post racist society.

One Final Thing that Doesn’t Piss me Off

This weekend is the Die Laughing Comedy Marathon. It is a fundraiser for my theater company, Fearless Comedy Productions.

It is also a lot of fun.

Yes, we are trying to make money. But we are also trying to entertain. If you are local, I hope you can come out for a few hours to watch some amazing shows. If you aren’t local, you can stream the whole thing at dielaughingmarathon.com.

If you’d like a chance to watch me perform, here is a handy list of everything I’ll be doing over the weekend.

Thanks for reading and I hope to see you there!

Tags: Anti-Vaxxers, Casual Racism, Confederate Apologists, Fearless Comedy, Meme that Pissed Me Off, Shit that PIssed Me Off