Walgreens allows their pharmacists to refuse service should they have a moral objection to the prescription being administered. I guess that’s OK because you wouldn’t want anyone…

It isn’t OK. In this case you had a woman who wanted to have a baby and was about to miscarry and the pharmacist basically shamed her by publicly refusing to fill the prescription.

This pharmacist has a job to do. And the bullshit idea that his deeply held religious beliefs should prevent him from doing his job is completely backwards. He still should do his job.

We all have to do shit we don’t want to do all the time. A lot of us don’t like our jobs but we still do them. I don’t like driving when other drivers are on the road because all other drivers are awful. I do it anyway. So pharmacist guy should just do his fucking job and hope god forgives him for doing the job he decided he wanted to do.

I’m sure there is a biblical passage that supports such an act. And there is also one that condemns it. They might be the same passage. 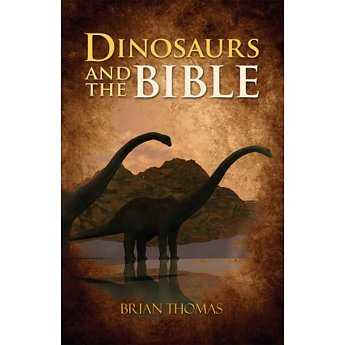 Because if this exists, you can use the Bible to justify damn near anything.

This case is even worse, by the way. He could have gotten another pharmacist to fill her prescription (per company policy). But he didn’t. Because his opportunity to shame her for what he viewed as an immoral choice (even though it wasn’t but it shouldn’t matter if it was) was more important.

And I know that we live in a world where bakers can refuse to make cakes for gay couples because it is OK to be a homophobic bigot as long as you can claim the bible is on your side. And that world means pharmacists can shame women for miscarrying without anything more than some online blowback.

But that doesn’t mean I have to like it. This shit is not OK.

In San Francisco, a young lady was told that her family didn’t have enough money to make a much anticipated trip to Disneyland. She was told if she could help raise the money, the trip could still happen.

So she got out on the street and she hustled to sell bottled water. I guess she was pretty loud.

A neighbor was annoyed by the noise so she pretended to call the cops. On an eight year old girl.

Who was, it might not surprise you to learn, black. The pretend caller? White.

I don’t know how loud the little girl was. It might have been really annoying. And the pretend caller claims that she first politely asked the young lady to keep it down (a report the young lady and her mother deny) but was forced to resort to faking a 911 call because the girl’s mother was so belligerent.

I’m guessing the lady with the cell phone decided “calling the police” was the right ploy to intimidate an eight year old black girl.

She was probably right.

Anyway, the end result is that the white lady is under fire for being racist (good) and after video of her call went viral, the young lady selling water was gifted the money to go to Disneyland.

So some stories do have happy endings.

Republican Candidate for North Carolina State House is a Racist

Among other things, Russell Walker says that women are the weaker sex in part because they are more likely to accept black people “in the voting booth and in bed.” In an interview, he accidentally referred to Martin Luther King as “Martin Luther Coon.” By “accidentally,” I mean he forgot that he was speaking in public, where such things are not OK, as opposed to in private, where I’m certain he says such things all the time.

The Republican party has refused to support his campaign but they have a bigger problem, right?

Their bigger problem is that these kinds of racist assholes are empowered to believe that the Republican party is their party. 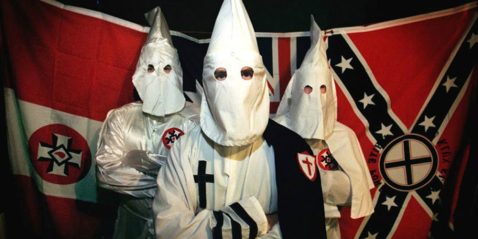 These guys are voting Republican. I don’t know why the Republican Party would want that.

Now I have no idea how the Republican party could be giving the impression that white supremacists are welcome but they need to realize that whether or not they publicly support the campaigns of racist assholes like Russell Walker, they have a whole lot of voters on their side who do.

So Walker probably won’t get elected because most people will avoid voting for a racist even if they agree with him. But he’ll get votes. Way more than you think he should.

And the Republican party would do well to stop disagreeing with the Democratic party on matters of race just because the two parties have to disagree about everything. Because if we reach the point where fuckers like Walker can’t just get on the ballot but can win, we are truly in trouble.

This is a bill that probably won’t pass so I don’t want to get anyone too concerned.

The issue, my friends, is that it exists at all.

Much like our bigoted friend Russell Walker, the issue isn’t that stuff like this becomes law (or assholes like Walker become lawmakers), the issue is that someone had the guts to even write it up.

The idea that a young person wrestling with their gender identity could have no safe space to talk about it because their therapist is legally required to talk to their parents is chilling.

The bill was inspired by a 17-year-old boy who won a court case against his parents because they wanted him to go through Christian conversion therapy rather than allowing him to go through a process of gender confirmation. That is another one of those stories with a happy ending.

Except the lawmakers writing the bill didn’t think so. They thought those parents should have been able to torture their child rather than allow him to live as a boy.

It is easy to dismiss this kind of thing by thinking the bill can’t pass because it probably can’t.

You can’t dismiss it though because the bills are being written. And any time someone puts a bill like this son the floor, it could pass.

We need to create an environment where it isn’t OK to even bring up bullshit ideas like this. Freedom of speech means you have a right to shout down bad ideas. And this is one of the worst.

He has a reputation as a swing voter on the court and he is that, to some degree. He’s still far more conservative than liberal. Where his vote has been most important has been on matters regarding abortion and LGBTQIA+ rights. There he has swung liberal.

It is fair to assume that whoever replaces him will not.

So let me put this out there to anyone thinking of bringing a lawsuit against a baker who won’t make a cake for your same-sex wedding: WAIT!

I know that is a horrible thing for me to suggest you contemplate as it is something I will never have to deal with in my lifetime. But this court is about to get hostile to your rights so if you try to fight for them, you might lose those you’ve already won.

And let me remind everyone else that elections have consequences. I said at the time that the 2016 Presidential election was about the Supreme Court. That voting for a candidate you weren’t nuts about was important because no matter what issues you had with her, she was going to make a huge difference simply by appointing the successor to Scalia.

And, as it turns out, Kennedy.

Now Trump gets to do that. The asshole who paraded around with families that lost children to undocumented immigrants in the same week another white guy committed mass murder gets to fill another vacancy on the court.

He’s salivating. Because he doesn’t give a fuck about your rights. He gives a fuck about putting someone pro business on the bench but he’s going to pick someone pro-life so congressional Republicans will work overtime to confirm them as quickly as possible. 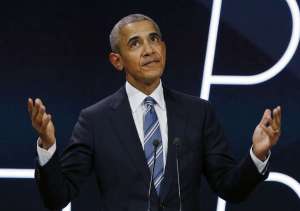 Besides – at least they won’t be nominated by this guy. Amirite?

And I’m pissed because there is seriously nobody worse to have been given the power to do that.

Everyone who stayed home because they didn’t like Hilary gets to deal with the results of that decision. And the results will outlive the time Trump spends in office.

I don’t care what their reasons are. I really don’t. Elections do have consequences. The two choices were not the same. And anyone who believes in choice or LBGTQIA+ rights who failed to step up and cast a vote when it mattered will have to live with the consequences of that decision.

But so will the rest of us.

Watch this Political Ad from Texas

This doesn’t actually piss me off. It fills me with glee.

I mean it pisses me off a little because the district is so horribly gerrymandered, there is probably no way this candidate will win.

But she should. Because she looks amazing.

Or at least whoever putReli together this ad is amazing.

You want to do something concrete? How about contributing to MJ Hegar? Don’t give up. Fight in every district and in every election. Don’t concede an inch of ground. And get some good people into Washington.