I love live theater but you really can’t do better than the zero entry of the Minnesota Fringe. One show is ten bucks. Four shows (on a weeknight) is nineteen. Some of them might not be great shows but at five dollars a show, who cares?

For creators, the entry point is equally easy. Less than $50 to enter the lottery. Less than $500 to pay your producer’s fee. Someone else does a ton of marketing for you.

Here are the shows I watched/appeared in on Friday!

Long form improv is finding it’s way into Fringe more and more in no small part to the way HUGE Theater has been successfully cultivating the art form for a few years now.

Shrieking Harpies is one of my favorite kinds of long form improv because they add a musical element, which is hard as hell and I can’t help but admire. Rather than just telling a story (that they are making up because that is how improv works), they are singing a story. That they are also making up.

It should impress anyone, to be honest. Lizzie Gardner, Taj Ruler, and Hannah Wydeven all have really good voices and clearly work together very well. They almost never stepped on each other, actually found harmonies when singing together (which – I repeat – they were making up), and put together a great story.

Since it’s improv, they might not put together a great story next time. But I’m fairly certain they will. 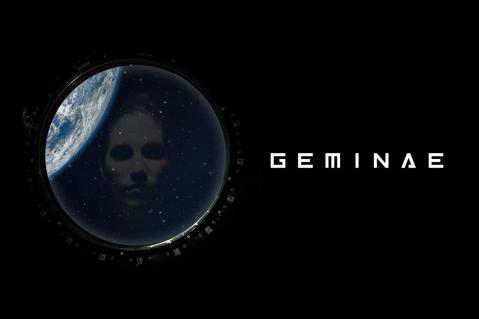 I’ve been interested in writing a horror show for a while just because I think it poses a lot of different challenges for me as a writer.

“Geminae” is the kind of show I’d like to write.

It combines hard Science Fiction with horror elements in a way that got some great reactions out of the audience members I was sitting with. What will scare you is not so much the conclusion of the story as the revelation of the bad decisions some of the characters are making.

The staging of the show was inventive – especially given one of the characters was supposed to be weightless. The actors really sold the fantastic elements and I thought Emily Lindholm and Victoria Pyan, who were the emotional center of the piece, carried the weight of the show with a lot of skill.

Horror is a hard genre to get right. I’m pleased to have seen so many shows this year that have been making it work.

Gabriel Mata is a great dancer. Not just good. Great. He is powerful, graceful, evocative, and understands how to bridge the gap between the dance and his audience. Last year’s “Out of the Shadows” was one of my favorite Fringe shows. Which says a lot because in general, dance shows don’t really connect with me.

Dreaming may not have spoken to me as someone who isn’t really interested in dance the way “Out of the Shadows” did but it shows that Gabriel still knows how to bring his audience into the world of dance. What you need to understand about the show is right there in the title.

I think Gabriel understand his art form like few others do. But more than that, he knows others will appreciate that art form more if he lets his audience in.

I may not go to a lot of dance at the Fringe. But as long as Gabriel is there, I’m going to keep being open to the experience.

A Family Friendly Pulp Fiction (Not Appropriate For Families) 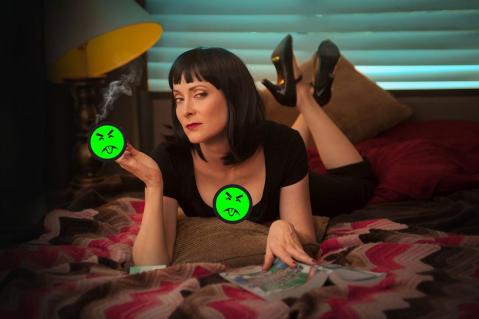 Our penultimate performance was a little odd from a writer’s perspective. The audience was responding but not always at the places we expected. They would laugh loudly at a joke that had previously just gotten chuckles and then wouldn’t respond to a joke that had gotten a huge response in every other performance.

You have to roll with such things in a comedy. You never know what, from one night to the next, will land with the audience.

I was very gratified that the Star Tribune rated our show one of the ten best shows at this year’s Fringe. An accolade like that is great and appreciated and it also triggers imposter syndrome.

See, I love the show. I love what the actors and directors did with it. I love that I managed to write something that went beyond the simple premise that was the initial idea. I’m proud of what we did.

But to me, it’s just this silly show where we substitute words for swear words and think about what “Family Friendly” really means. It isn’t TOP TEN material. I look at other shows that just blew me away this year and think “man – I wish I could write something that good once in my life.”

I can name ten shows I think are better than the show I’ve written. Not because I think I wrote a bad show but because to me, what I write isn’t spectacular or brilliant. It’s just what I write.

So it is really humbling and awesome that someone thought this show was that good. I’m sure there are others who would rate it as one of the worst shows they saw this year.

Both responses are equally valid, of course, as theater is subjective.

I’m proud of the show so I’ll just try to stick to bragging about the fact that at least one reviewer out there was as happy with what I produced as I was.