Now I understand that not every man who voted for Trump feels it is OK to grope women without consent. Some of them just think it is OK for Trump to do that but they would never imagine doing it themselves.

Well, OK, maybe they would imagine doing it themselves. But they would never actually do it unless there was absolutely no chance that they would be caught.

The thing is, our President has normalized sexual assault. He has turned victims into punch lines and perpetrators into supreme court justices. He has shown a lot of men in this country that you can do this kind of thing and get away with it.

Given rape culture in this country, that should actually not be a surprise. Thing is, when you have an admitted sexual predator in the white house (he’s on tape so shut up with your apologist bullshit), even the minor amount of stigma that existed before has been shredded. 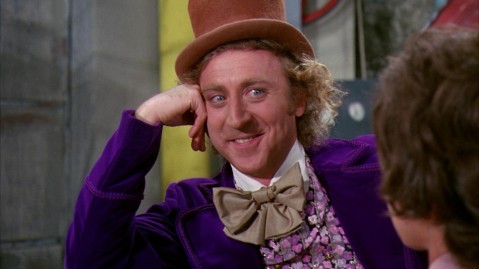 Tell me more about how it’s a scary time for young men!

Sure, this guy was arrested and he’ll be fined or spend a few weeks in jail. He’s not going to stop thinking that what he did was OK.

And the biggest problem with Trump is that he’s popular with a subset of the American public because he represents all that deeply felt awfulness in each one of us. He releases the national desire to be a bunch of fucking unapologetic assholes.

So congratulations, women of America! You already had to deal with ten million other problems. Now you have a bunch of white dudes who have been told that actions don’t have consequences.

Trump Administration Looks at Defining Transgender Out of Existence

It’s easy to look at all the reports coming out of the Trump White House and wonder which are alarmist and which are 100% real.

This one looks real. And it is alarming.

In spite of overwhelming evidence that shows transgender individuals are the victims of violence far more than cis individuals, the Trump administration is looking at defining sex as unchangeable and defined by the genitals we have at birth. Period.

This is the most recent step in a continued effort by the Trump administration to deny protected status to transgender individuals.

Trump, you may recall (but you probably don’t), actually said he didn’t care about what bathroom people used when he was campaigning to be President. And maybe he still doesn’t.

But the people surrounding Trump are ideologically like him in that they are strongly opposed to anything they view as “other.” For Trump, “other” is immigrants with brown skin. For other members of his administration, “other” is anyone whose gender identity can’t be neatly fit into one of two clearly defined boxes.

If you think the official Saudi explanation that Khashoggi died in a fistfight is the truth, you are dumber than our President. He’s pretty dumb but no matter what he says in public, you have to know he doesn’t believe it either.

Khashoggi walked into the Saudi consulate in Turkey a couple of weeks ago and he hasn’t been seen since. For a long time, the Saudi government insisted they didn’t know what happened. You have to wonder about anyone who needs two weeks to come up with the bullshit explanation they finally gave.

I mean, they knew the guy was dead within, at most, a few minutes of killing him, right? Maybe they thought nobody would notice but, unfortunately, he had a fiance who was waiting outside the consulate. Oops, I guess. 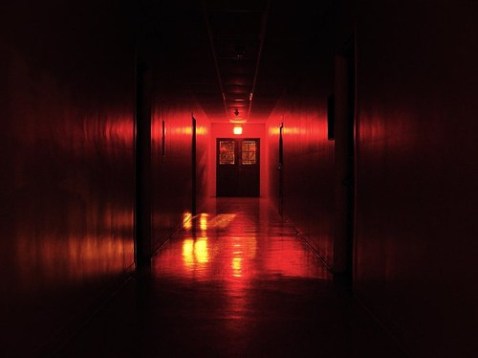 No, Frank! The dismembered reporters go through THIS door!

So once it became public, you’d think they’d want to get in front of the story and come up with an explanation beyond just shrugging their shoulders.

But we all need to realize that the Saudi government didn’t actually care. Our country has no intention of canceling a multi billion dollar arms deal with an important ally. Nor do most other countries in the world.

So the Saudi government could make up any bullshit story they wanted and they knew the fallout would be about the same no matter what. A bunch of world leaders would wag their fingers and pretend to be upset but a month from now, relations will be pretty much the same.

What’s really upsetting is given two weeks and the knowledge the story didn’t matter, the Saudis could have done so much better. They could have come up with some James Bond super spy story. Even killed a few members of the consulate security team to make it look good.

I mean, they clearly don’t give a fuck about one man’s life. Why not a few more?

Arizona had created a free online course to educate people about the reasons you should vaccinate your children. It was not only free, it was optional.

However, some anti vaxx parents worried it might become mandatory. Described as “strong forces” against the course, complaints came from approximately 120 families and individuals who, surprise of surprises, don’t vaccinate their children.

The last thing they needed, I guess, was the existence of an optional online course that taught people vaccines are a good thing.

Because it disproves their narrative that vaccines are a bad thing.

Not “matter of opinion” wrong. Just wrong. Like wrong wrong.

But they won because they were noisy and we regularly mistake “noisy” for “right.”

Arisia Decides to Prioritize a Rapist over his Victim

The link is to the personal blog of a woman who explains that her rapist and stalker is President of Arisia (a science fiction convention) and also head of their security.

After years of complaining about his behavior towards her, the end result of the situation has been the convention leadership telling her that the two of them just need to stay away from each other.

So I don’t know any of the people involved her. I do know something about convention culture having started a pretty Science Fiction convention and let’s get one thing completely clear: There should be no doubt this situation is almost exactly like she describes.

When someone comes to convention leadership with a complaint, the likelihood the leadership will take that complaint seriously enough to ban the accused individual is actually quite small. You are more likely to be banned for getting drunk and disorderly than for, I don’t know, stealing $25,000 and pleading guilty.

For all that geek conventions work to have a higher level of social consciousness, they fail in this simple area. They are so afraid of making the wrong decision, they simply don’t make a decision. 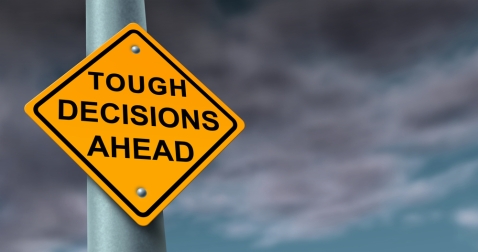 Oh shit! Turn the car around! TURN THE CAR AROUND!

And I know someone closer to the situation in this blog will say “you don’t see this from every angle.”

Doesn’t fucking matter. If you claim you want your convention to be a safe space, make it a safe space.

Republicans Blame the Recent Series of Bomb Scares on the Media

So a disturbed person has sent pipe bombs to several prominent Democrats and critics of Donald Trump including the Clintons, the Obamas, and George Soros.

The easy thing to do at this point would be to blame Trump because he has regularly called for and celebrated violent action against his political adversaries. I mean, that makes some sort of sense.

I mean, Trump should stop saying that shit anyway. Because decent people don’t do the shit he does. But I think I’ve done my best to make it clear he’s not a decent person.

Anyway, instead of evaluating his own rhetoric, Trump is blaming the media. Because that’s his go-to scapegoat. The media.

And his Republican allies are following suit. They are even conflating bombs to people accosting Republicans in restaurants.

And look – I’m not happy with Susan Collins for helping to confirm Brett Kavanaugh. That doesn’t mean I think she should be getting death threats.

The complaint from Republicans seems to be that the media is paying more attention to the bombs than they are when other things that aren’t the same are done to Republicans.

But here’s what they are doing – they are steering the conversation away from Trumps rhetoric. Which is what they always do.

Trump may not be responsible for this guy (yeah it’s a guy) directly. But it doesn’t matter. The response from anyone with a conscience should be to acknowledge that violent rhetoric is bad and to make a call to cut it the fuck out!