An Open Letter from a Conservative Jerkwad to Strong Female Characters

This was posted back in March but I only found it this week.  I’m sorry – I was slacking.

Basically, this is a crazy religious screed about why Rey is a terrible character because women are weaker than men (the Bible says so) and any time a woman kicks some ass (especially superior male ass), it’s lazy storytelling.  It happens all the time.  Except for nearly every fucking movie ever made.

Hey everyone! A man is here to save the day! How original!

He doesn’t just have a problem with Rey, mind you.  He’s also got problems with Furiosa, Ripley, and pretty much every other female character who wasn’t in need of rescuing by a man.

When he is talking about the obvious physical differences between most men and most women, you could almost give him a pass.  Then he says this:

It’s not just a matter of small bodies versus big bodies. Women are the weaker sex because they’re more timid and emotionally vulnerable and tender-hearted than men. God made them that way.

Oh, I get it.  You suddenly got a degree in psychology by reading the Bible.  Women are more timid?  How can they be when they have to put up with bullshit like this every day?

I’m sick of the “God created women to be this way don’t blame me it’s in the Bible/Koran/whatever the fuck religious book I happen to read” argument.  Talk about lazy storytelling.

END_OF_DOCUMENT_TOKEN_TO_BE_REPLACED

Asshole Gamers Lose Their Shit Over a Transgender NPC

So Baldur’s Gate: Siege of Dragonspear came out with an expansion and it includes a transgender character.  Which is cool.

No word on what bathrooms the character is allowed to use.  I suppose it depends on the state…

Anyway, a bunch of dickweed gamers are apparently pissed because the writer of the game had the audacity to introduce her social opinions into a video game!  They are dropping one star reviews in the gamer equivalent of carpet bombing.  With Cheetos and Mountain Dew. 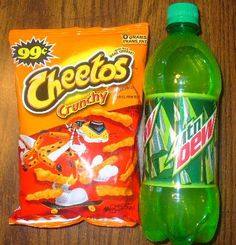 Of course there is a picture of Cheetos and Mountain Dew on the internet.

Amber Scott, who wrote the game, has this to say:

As I’ve said before (and I won’t say much more on this subject other than to get my perspective out there): I’m the writer and creator. I get to make decisions about who I write about and why. I don’t like writing about straight/white/cis people all the time. It’s not reflective of the real world, it sets up s/w/c as the “normal” baseline from which “other” characters must be added, and it’s boring.

So that seems pretty logical.  Nobody should give a shit.

But apparently including a transgender character in a fictional world that has ogres and goblins is just to unrealistic for some gamers.  The best solution, of course, is to shut up and complain about the gameplay.

END_OF_DOCUMENT_TOKEN_TO_BE_REPLACED

The Republicans had another debate and, as usual, I didn’t watch it.  I have no need to watch a bunch of dudes try to convince everyone they are simultaneously more conservative than each other but not so conservative that they can’t work with liberals on issues that “unite” us.

But Trump went off the rails this time because he had the balls to criticize George Bush and the Iraq war.  In fact, he called the war a “big, fat mistake.”

I’m shocked! Shocked to learn there is gambling going on in this establishment!

Trump’s comments were so outlandish, he managed to piss off Dick Cheney.

I think I may need to start drinking.  I can’t handle this.

END_OF_DOCUMENT_TOKEN_TO_BE_REPLACED

I’m very careful to research the stuff I post for this blog.  I want to make sure I understand the complete story before I rage against something that isn’t nearly as bad as it first appears.  If my information comes from addicting info, I make sure I find another source.

So when a cell phone video of a “school resource officer” throwing a teenager around surfaced, you’d think I would look for the other side of the story.

See it literally doesn’t matter what the student was doing wrong prior to the video.  The extremely violent action was not provoked by a kid sitting at a desk.  Even a kid refusing to leave the classroom.  The officer lost his cool and physically assaulted a child.

To enter a dialogue saying “well she must have done something to deserve that action” ignores the fact that circumstances in which someone deserves to be beaten up are extremely rare. 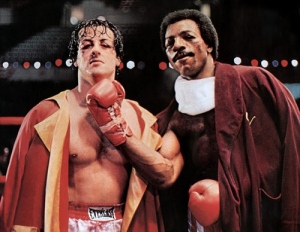 Did Apollo Creed deserve to be beaten up by Rocky? Or Rocky by Apollo? If only they had just talked it out.

If the assault had been committed by a guy who wasn’t in uniform, nobody would be trying to make excuses for his act.  But he’s a cop so he clearly did everything right and his actions shouldn’t be questioned, right?

He’s a cop.  So he should know better.

And the rest of us should stop trying to find an excuse to blame the victim.  When someone starts hitting a person who is not hitting back, the person doing the hitting is to blame.

END_OF_DOCUMENT_TOKEN_TO_BE_REPLACED

A Story about the Legends Football League

In case you’ve never heard of the Legends Football League, perhaps you might know of it by its previous name: The Lingerie Football League.  It is the only “professional” football league for women in the United States.

I put “professional” in quotes because the athletes aren’t paid, get no medical care, and are expected to play football in swimsuits.

The reason they wear swimsuits instead of, you know, pads, is because nobody will watch women play football unless they are scantily clad.  It’s all very depressing because the article points out that what these women really want to do is play football.

As a result they are exploited in almost every conceivable way.  And they allow and accept it because they get an opportunity to play football.

Are you ready for some FOOTBALL??? What do you mean you didn’t notice the score?

If you are a woman and your passion happens to be football, what other choice do you have?

It is not the fault of the women who are in the league.  They recognize the choice that they have to make and they make it freely.

I know these ladies aren’t ever going to be paid as well as men but I have to ask: shouldn’t they get paid something?  The league wouldn’t exist without the players and someone is making money. Too bad it isn’t the women who are, quite literally, the face of the league.

END_OF_DOCUMENT_TOKEN_TO_BE_REPLACED

The Arizona Cardinals became the first team in NFL history to add a woman to their coaching staff when Jen Welter was hired as a pre-season intern working with the inside linebackers.

Don’t care about sports? That’s fine.  The breaking of the gender barrier is still important even if she is not a permanent member of the coaching staff.  If she does a decent job, one can assume she will open the door for as many as two or three other women to have temporary coaching jobs in the NFL. 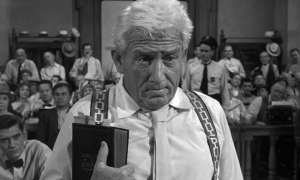 The article linked above is in Welter’s own words and mostly she is talking about how excited she is by the opportunity.

Later, though, she talks about friends in women’s football being called up to do interviews with ESPN because of her.  And she says this:

I won four championships and two gold medals and I was never asked to go on ESPN. None of us were.

Got that? She was an accomplished athlete before she temporarily joined the Cardinals coaching staff and nobody on a 24-hour sports station wanted to talk to her.  Or anyone else involved in women’s football.  Until now.

Have no fear, gentlemen (including the brilliant guy who commented on the article by saying women will never be equal to men until they have to sign up for the draft).  The glass ceiling is still very much intact.

END_OF_DOCUMENT_TOKEN_TO_BE_REPLACED

In Spite of the Insistence of Several Texans, the Pentagon is Not Taking over Texas

The US is engaging in some military exercises in the state of Texas (and several other southern states).  I presume the military does this sort of thing all the time.  Sometimes they do it in Texas.

I also presume if they did this sort of maneuver under President Bush (either one), nobody in Texas gave a shit.  Maybe a few whackadoodle liberals but nobody else.

The conservatives don’t have to stage a coup to take over Texas, pal. They’ve already won. You should move.

This whole thing probably started with some whackadoodle conservatives (like Chuck Norris).  But it rapidly moved up the chain to Ted Cruz and Texas Governor Greg Abbott.  Abbott has ordered Texas State Guard troops to “monitor” the exercises.  I assume this is because Obama has exhibited a pattern of trying to take over conservative states by force during his first six years in office.

The political saber rattling to appease the stupid, paranoid wing of the Republican party is just dumb.

Tragically, though, the biggest issue is this: Obama isn’t actually trying to take over Texas!  Those folks in Austin can’t hold out forever!

END_OF_DOCUMENT_TOKEN_TO_BE_REPLACED

Grail Diary
Create a free website or blog at WordPress.com.