I mean, he’s still an adulterer and a hypocrite but at least he realizes it.

But we all remember that he had some issues with sexuality in his youth as well, right?  And his ultra-religious parents used some sort of faith-based counseling to “fix” him, right?  It seems like he wasn’t fixed, doesn’t it? 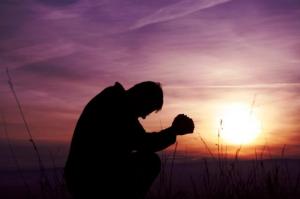 I’m going to pray away your healthy sexual appetite!

But what if he was never broken?  I’m not talking about sexually assaulting his little sisters.  That’s fucked up.

But what I’m asking is this: if he didn’t live in a household where sexual repression is the norm, is it possible he wouldn’t be so sexually confused right now?  Is it possible he would have gotten involved with a woman who was interested in an open relationship so he could have had extra-marital sex in a supportive environment?

What will happen in the wake of this scandal?  No doubt Duggar will get more religious counseling aimed at “curing” him of having a sexual appetite that is deemed improper.  And it won’t work.

Because Josh Duggar likes sex.  And he lives in a community where that is not OK.