I literally have no problem with a religious leader refusing to perform same-sex marriages.  I mean, I do because it is time to realize that love is love and the God you believe in is a homophobic jackass.  But they have a right to make those calls based on their interpretation of the Bible or Koran or whatever.

A judge is elected to perform a legal job and part of that job is marrying people.  As prescribed by law.  Which he is supposed to fucking uphold.  Impartially. 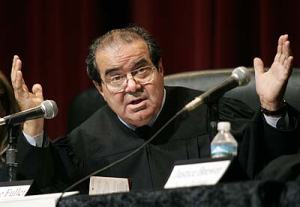 If you want to be a judge who isn’t impartial, you need to climb the food chain.  Like this dude.

He claims the state Attorney General gave him permission to make this call based on an opinion that suggests he doesn’t have to perform the ceremony if there is someone else who can do it.  However, he is still practicing discrimination because he’s totally cool with performing “traditional” marriages.

I call bullshit.  Just do your fucking job.  If you don’t want to perform the “wrong” kind of marriage, don’t do them at all.