I missed this one last week.  Bad form for a theatre person.

The awards were eliminated because, apparently, the people voting had no idea what sound design actually is or how to evaluate it.  So sort of like Oscar voters and Best original song.  Except nobody in the Academy gives a shit that none of them have any taste in music. 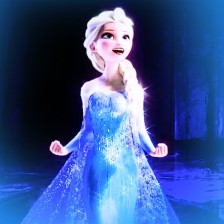 We all know “Let it Go” won simply because it was the only song any of them had heard.  Right?

So instead of recognizing artists who contribute to theatrical production, they threw up their hands and told everyone that figuring out what a sound designer does is too hard.  We can’t give them an award if we don’t understand what they do.

Now, the folks running the Tonys have said they will be giving out special awards since they understand sound design better than the voters.

Last thing you would like to do is teach people what a sound designer does.  Better to just tell them you’ll handle it yourself.

67 People Have More Money Than 3.5 Billion

Actually, shortly after this article was published, it was only 66 people.  What does that mean?

Aside from the fact one person doesn’t get invited to their super-mega-rich dude dinner parties any more?

It means that 66 people have the ability to solve a significant portion of the world’s problems and, by and large, they aren’t.  Many of them have committed a large portion of their money to philanthropic endeavors and that is fantastic.  Good for them.

Yet all of them could live extremely comfortable lives on a hundredth of what they have.

Good news though – you can become extremely wealthy too!  Most of these people did not inherit their wealth, they earned it.  You could be one of those folks.

But the odds are slim and the end result of the free market system will aways be a pyramid scheme with just a few lucky people at the top.  The money only flows one direction, my friends, and it isn’t down.

Bob Jones University Has A History Of Failing Rape Victims

This should not come as much of a surprise given our society has a history of failing rape victims.  Why should a right wing religious institution be any different?

Bob Jones, however, has (allegedly) taken blaming the victim and turned it into an art form. 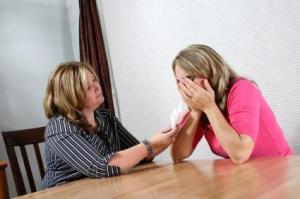 So tell me in what way this is all your fault.

The source of this failure is a biblical literalism that teaches them to be awful to young women when they are at their most vulnerable.  Then it teaches them that they are doing the right thing and god will reward them in heaven.

The bible doesn’t teach anyone how to counsel a rape victim.  That is not what it’s for.  You can’t find the solutions for every situation in that book.  Yet that is exactly that fundamentalist Christianity (or any other book-bound form of fundamentalism) believes.

Using the bible to counsel a rape victim is a lot like using a Dictionary to cook dinner.  The end result will be a disaster.

Of course the Mayor wouldn’t be interviewed for the story so it is hard to figure out what the exact motivation behind this decision might have been.  The town claims it is a zoning issue.  The temple claims lots of other people operate churches out of their garage in the town.

I’m inclined to think that the high priest of the temple is correct and the town is discriminating against him because they think his religion is a crock.  They also probably think he’s a Satanist because they think anything that isn’t called “Christianity” must be Satanism.

Oh, did I mention the local Pentecostal church is shining a light at their home day and night and when they were asked to stop, they filed a harassment claim?

By refusing to grant the permit, they just look like intolerant rednecks.

Which could be fine with them if that is, in fact, what they are.

When you add in the harassment, they seem much more sinister.  Is that really the kind of guidance your god is giving you?  Point a floodlight at a Pagan’s home so everyone will know they are different?

Florida Mom Brands Her Kids Because, Obviously, She Is Completely Nuts

The problem with evolution is that it rewards those species that are really good at reproduction.  We humans do a great job making babies.  Too bad some of us don’t have the slightest fucking idea what to do with them once we’ve made them. 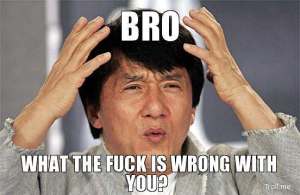 These parents exist.  Thousands of them.  They exist because we are really good at making copies of ourselves but we haven’t figured out how to weed out the abusive assholes.

It shouldn’t piss me off, though.  Every time I fail as a parent, I should remind myself that I’m better than that crazy person in Florida who branded her kids.  At least I’ve got that going for me.

Gay Couple Denied The Right To Adopt Their Own Children

The title of this article is a bit misleading as it would suggest they have been denied any sort of parental rights at all and their children have been taken away.

Not quite.  They have their children and each of them is the biological dad of one of the boys.  So they have that.

But the state of Texas doesn’t recognize same-sex marriage and Texas law only allows married couples to adopt.  Because married = responsible parent.

In the grand scheme of discrimination against homosexuals, this issue may not be the most important but it does create a legal situation where these fathers could have their kids taken away if the surrogate mother decided to press the issue.

As a country, we have to get past this idea that there is only one acceptable structure for a family.  At the very least, we need to stop putting kids in the crosshairs when we have the conversation.  Are the kids doing well with their two dads/single mom/straight married parents/whatever?

They are?  Then what else is there to talk about?

This Article About The Differences Between “Girls” and “Women”

As we all know, I’m not a woman so maybe some of you women out there can help me out.  This article implies that it is about empowerment but to me, it just comes off as more mansplaining about how women are supposed to act to be attractive to guys.  Am I wrong about this?

I look at phrases like “there is nothing sexier than a woman who can take care of herself” and I wonder, don’t we all need others sometimes?  Isn’t it OK to ask for help?  Isn’t having a partner in life one of those things we strive for?

I mean yeah, none of us want someone who is incapable of handling anything on their own.  I understand that.  But saying that independent women are sexier simply implies that a woman who needs anything from her partner is broken. 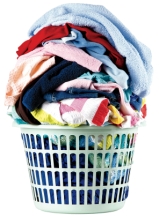 What’s that? You want me to do the laundry? I’m sorry, I only date independent women.

I could point out a lot of other problems I have with this article (like the phrase “They are strong, confident, independent and strong” – I guess that means they are super strong) but maybe I’m way off base on this.  Maybe this article is an amazing road map to help young women grow into the kind of people guys want to date.

Because that’s what you ladies need, right?  You need guys telling you how to be attractive to them instead of how to be comfortable with who you are.  Right?

They are simply making everyone else look bad.  Have you seen the latest insane video they came up with?

Well here, then.  Watch it.

Just stop it you guys.  The rest of the world can’t keep up and it is just a little bit depressing.